These are a number of Photos taken on the 2nd April around the Royal Exchange at the Bank Station junction of Threadneedle St and Cornhill Except for the first three which were taken on London Bridge the previous night, for it’s adjacent tube station happened to be the nearest open to make for, after being released from the kettle at Bank 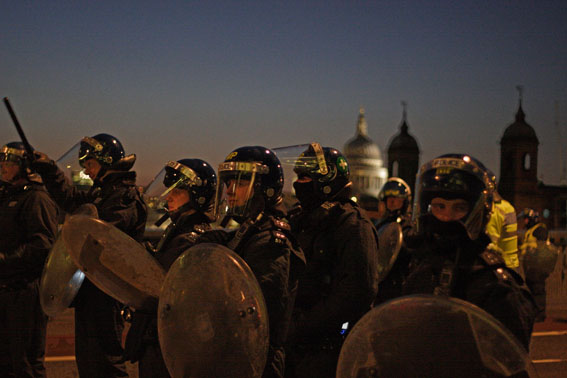 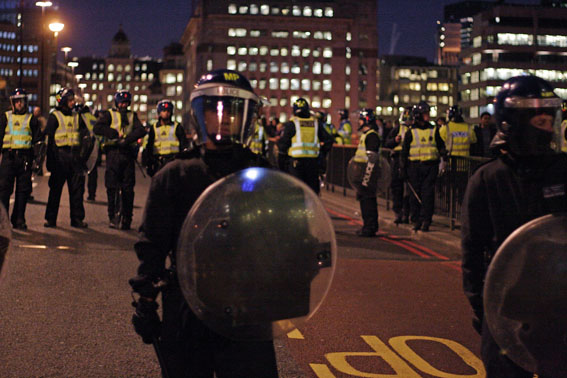 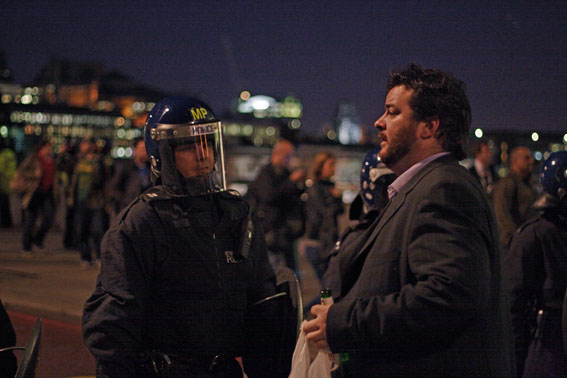 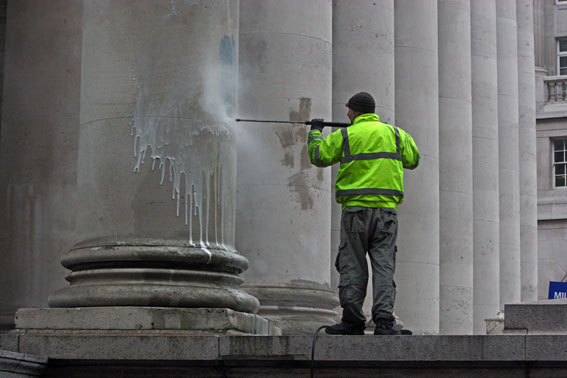 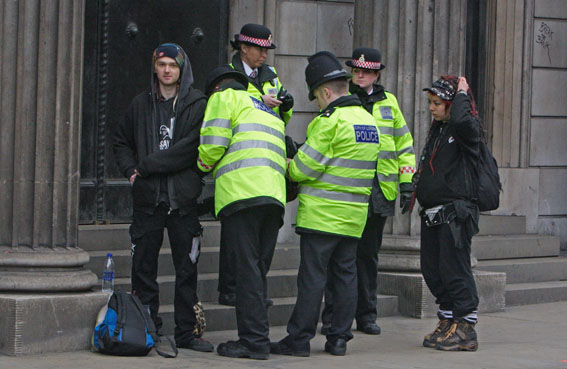 11.10 am Threadneedle Street, citizens held by COL Police for Stop and Search 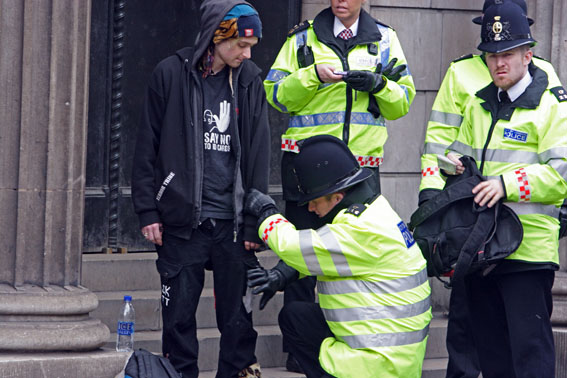 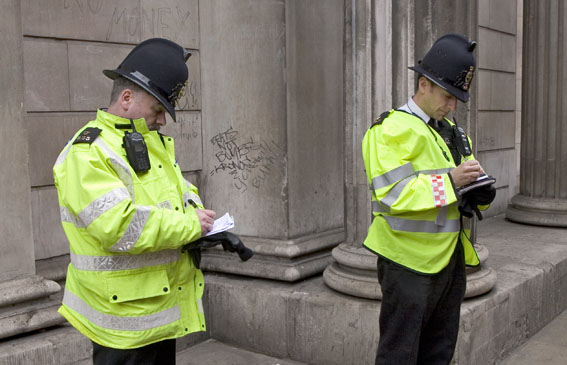 11.31 am COL Cops writing up their notes 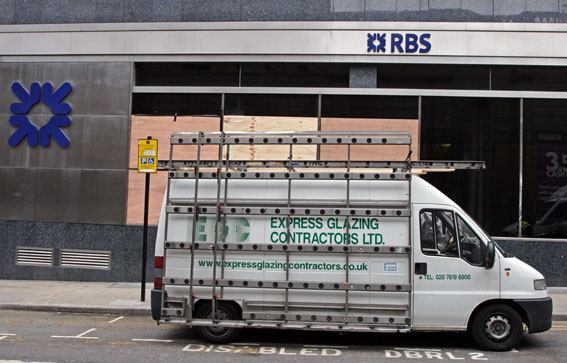 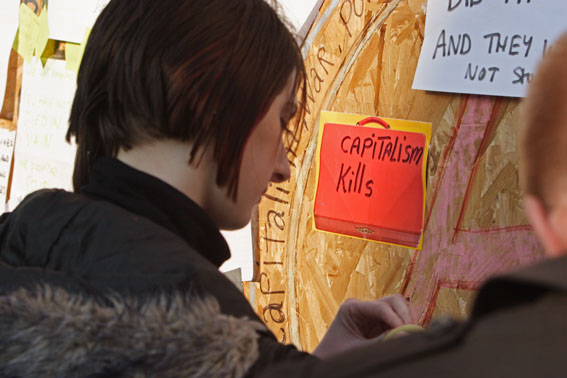 5.59 pm Adding comments and tributes to the Wall 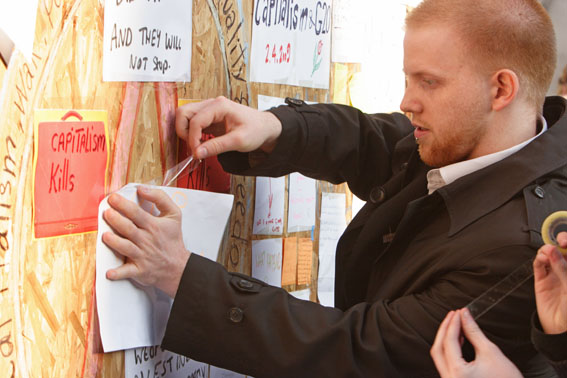 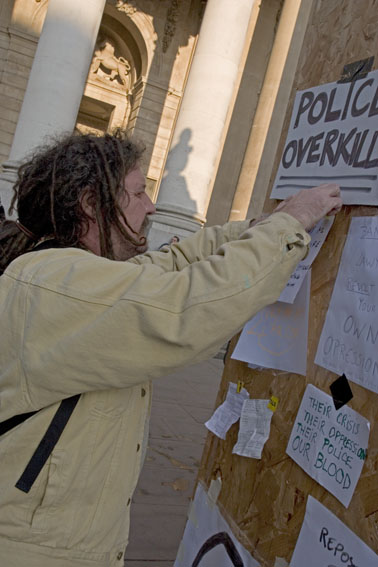 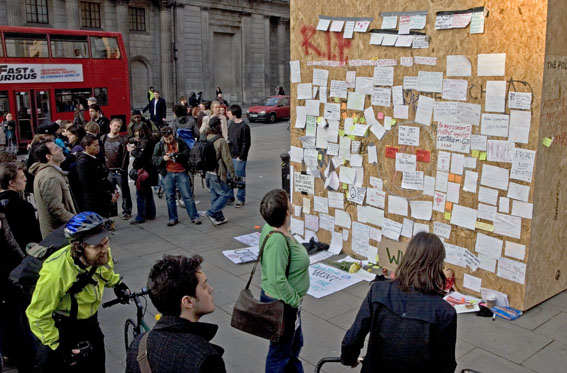 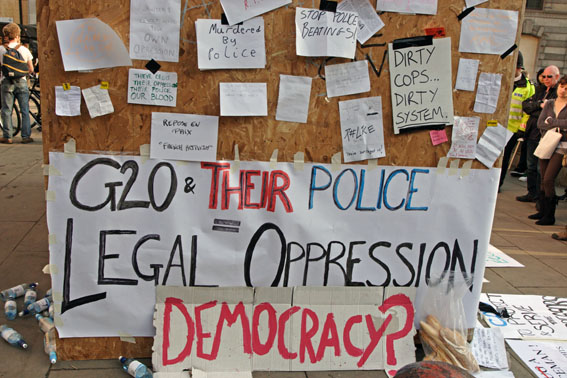 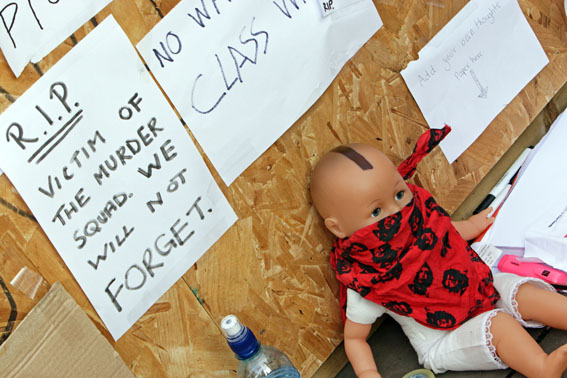 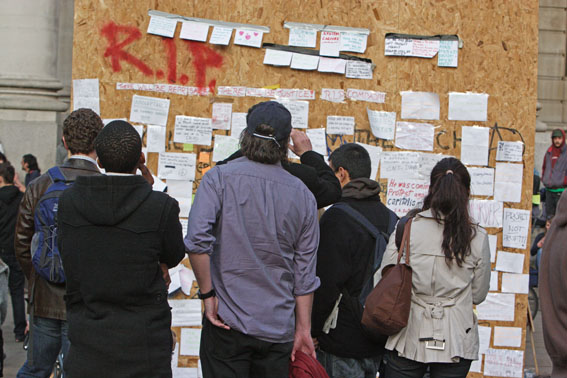 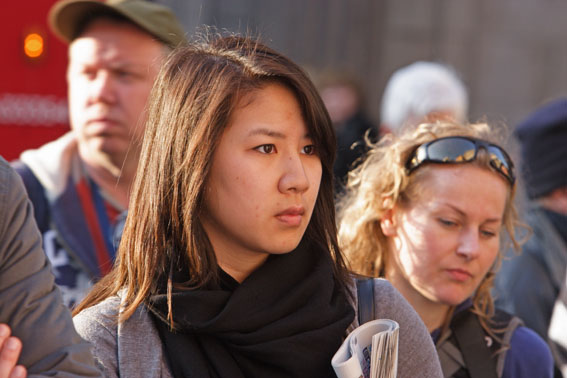 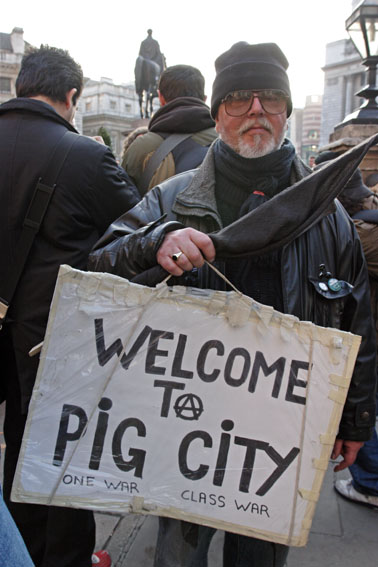 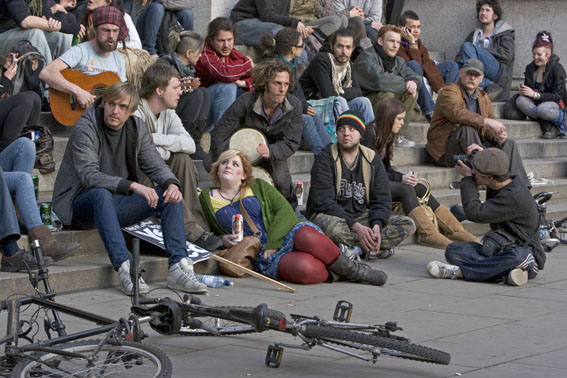 Group of protesters sitting on the Exchange steps 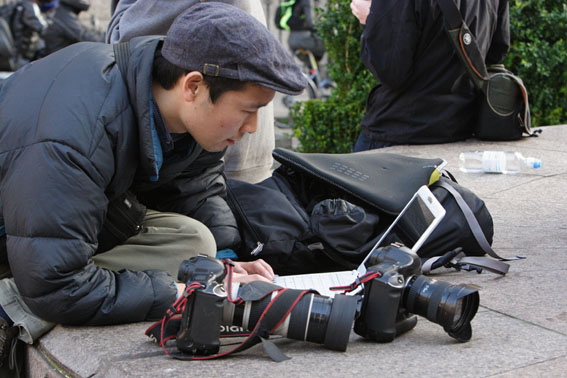 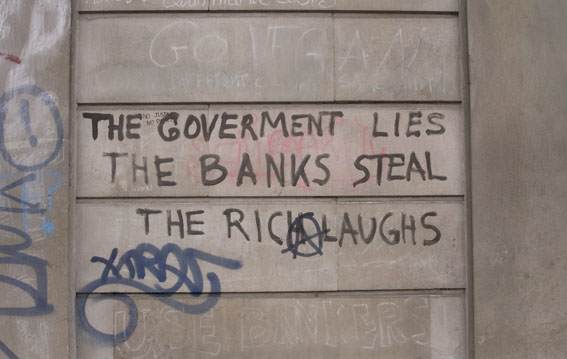 Stubborn Graffiti (was still there after 6.00pm)

I was at the Exchange junction from about 10.00am on morn of the 2nd April
I didn't actually witness the police prevention of the protest against Ian Tomlinson's death nor did I know much about it till the evening of the 2nd April, for as I have already documented at about 12.30 pm I followed the passing "The Young Peoples March For Jobs" to the ExCel and did not return to Bank till around 5.30pm.
It was then there I discovered that the hoarding put up to protect some monument outside the exchange had been turned into a 'No Democracy Wall' and memorial to Ian Tomlinson

The circumstances leading to the death of Mr. Tomlinson remained sketchy in my mind, for some days helped in part by media reports only too willing to accept police concocted versions of the events, and dismiss eye witness’ accounts as mistaken or misguided, However the flood of footage of the event has prompted even the most diehard blue surge media defender to backtrack and howl for an inquiry! Independent and above reproach...some hope!

A woman attending to Mr Tomlinson and giving him first aid, is seen to be manhandled and removed, whilst officers refuse to speak to ambulance personnel a man on a phone has contacted


Do you think that timid toothless excuse for a watchdog the IPCC will come up with more than the usual whitewash in their independent criminal inquiry?
But I can bet you this it will be even more reason why the Bill will want to restrict the use of cameras by the public and press