SHAC Time For Action 4 Out Now!

The much anticipated Time for Action 4 movie, documenting the SHAC campaign from 2007 - 2009 is now available!

The DVD also contains all of the previous Time for Action movies, as well as undercover footage from inside HLS from 1997 - 2008, and the Channel Four documentary that launched the campaign. 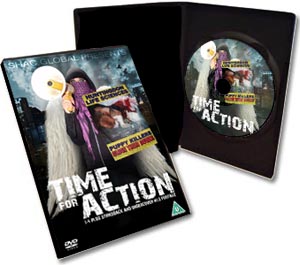