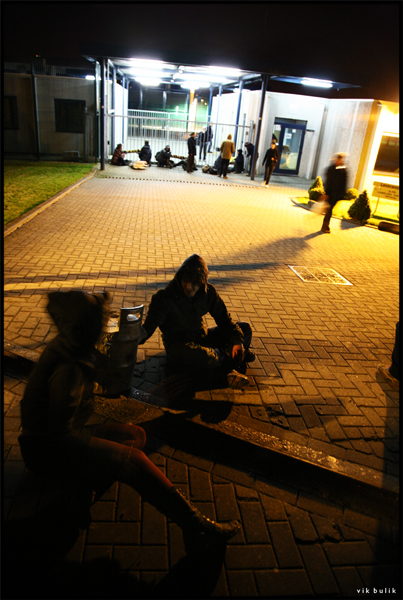 Because of the blockade, no refugees could be taken to the airport, no refugees could be brought to the closed detention centre. Around six o'clock the activists found out that the first deportation planned that day was cancelled, another policevan with a refugee on board, couldn't leave the centre.

The police was present after ten minutes, but had a lot of problems to find the right equipement to release people from the lock-ons.

After the action police controlled the ID of the activists, eight people remained anonymous and were held in the police station for 12 hours after being released.