Witness statement and photos of attack by police on woman. Anyone else who saw this please add to comments. Anyone who has footage or stills please also add them as comments. 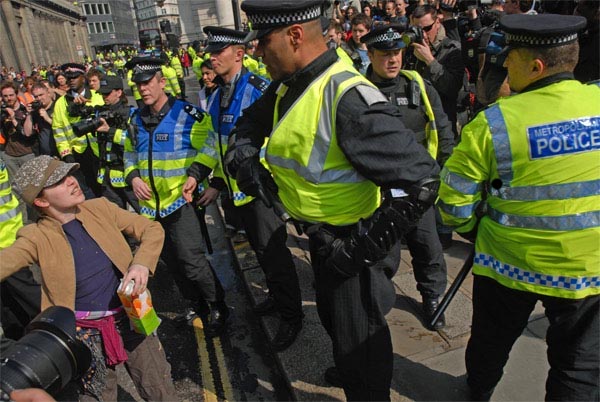 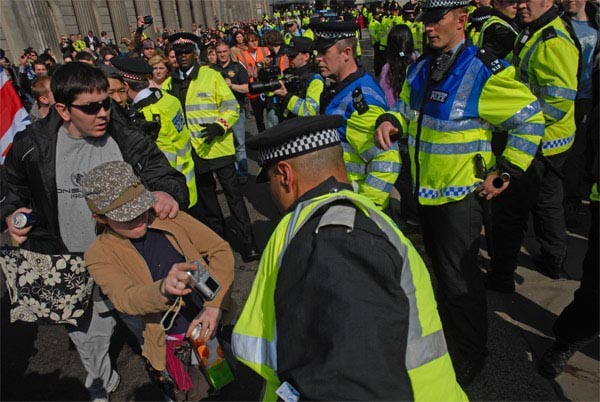 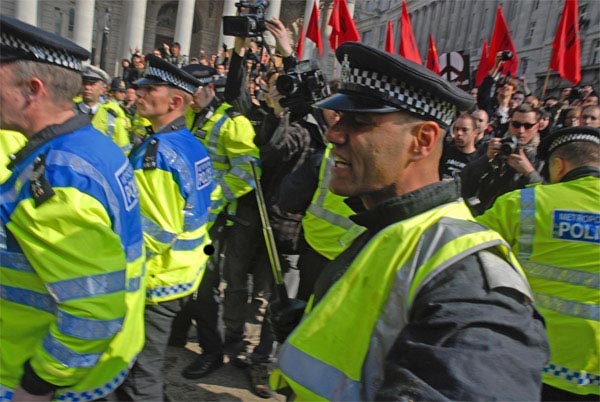 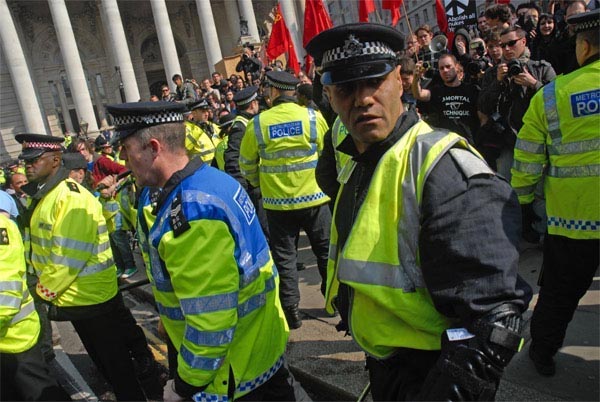 Officer takes another step back baton still in hand

During the afternoon of the 2nd April 2009 on Threadnedle Street near the Bank of England I witnesed the police officer in the photos on this page attack a woman with his telescopic baton. The attack was startling because it was apparently unprovoked. It was also surprising because the police officer concerned is a very large man of perhaps 15 stone, while the woman was very small, perhaps 5’3” tall. He stepped forwards from a police line and beat the woman hard using both forehand and backhand strokes. I estimate that he hit her between 3 and 5 times. As can be seen in the photographs the officer did not have his number visible. The woman appeared very brave and did not openly show pain.

I would ask anyone else who filmed (still or video footage), or who saw the incident to contribute to this page. It would be good if comments could be as rational and concise as possible. I you leave a comment or photos please check this posting for a while as it could form the basis of a complain to the IPCC.

Any one from other media who wishes to pick up on this please leave your contact details and name of publication or company as a comment and I will get back to you.

I have a video from thursday with this guy hitting the woman..