Four activists from GroenFront! (the Dutch Earth First!) occupied a director's office at the head office of energy giant E.On today in Rotterdam. The activists told the people working at the office that they were looking for the directors for a 'serious chat' about the planned construction of a new coal fired power station in Rotterdam. Although legal issues should have hindered E.On on starting construction at the site, work has has been pushed ahead regardless. Activist Roos van Dijck: " Building a coal fired power station now is criminal, solving the climate crisis starts with keeping coal in the ground. "

The four activists occupied the room of Chief Financial Officer Markus Bokelmann. Although he has various books on sustainable businessing on his book shelf, he doesn't seem to be able to put this into practice yet. Police arrived after a few hours and arrested the activists. None of the E.On directors were willing to participate in a conversation about the planned construction of the power plant. 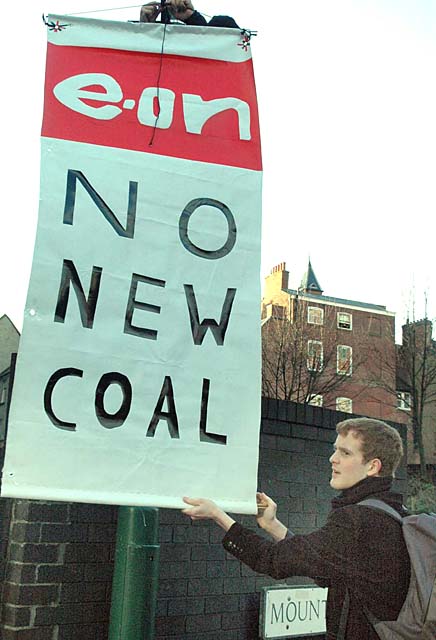