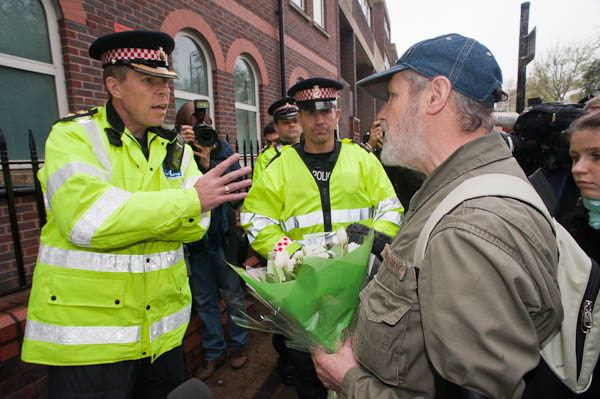 A marcher argues with police about their behaviour on April 1 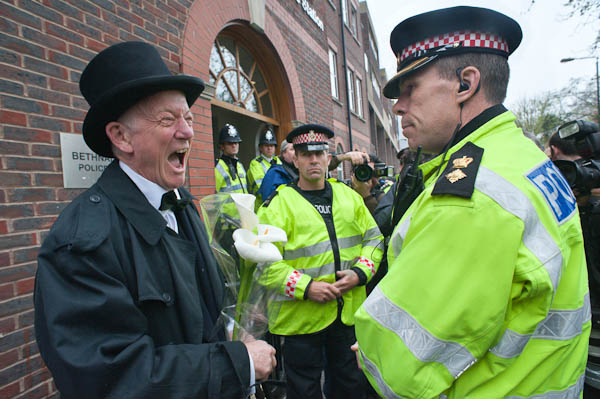 Police consult with Chris Knight on arrangements for the march 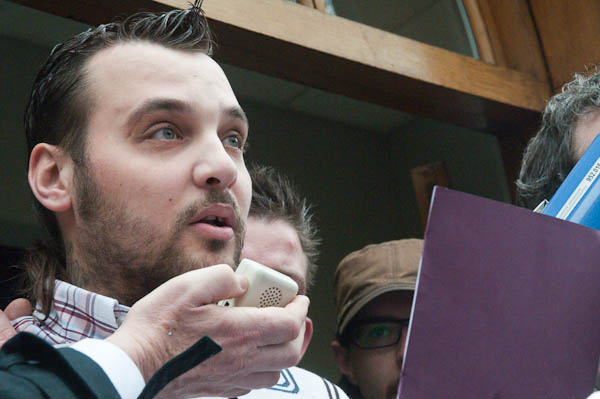 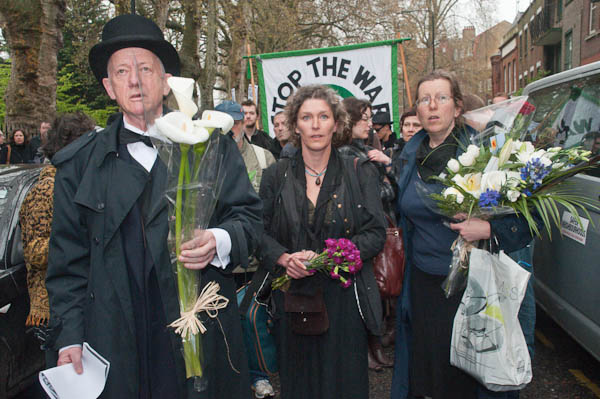 The marchers line up at Bethnal Green Police Station 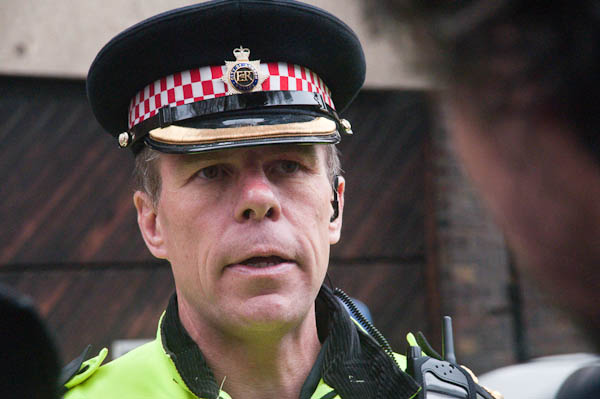 The cop in charge 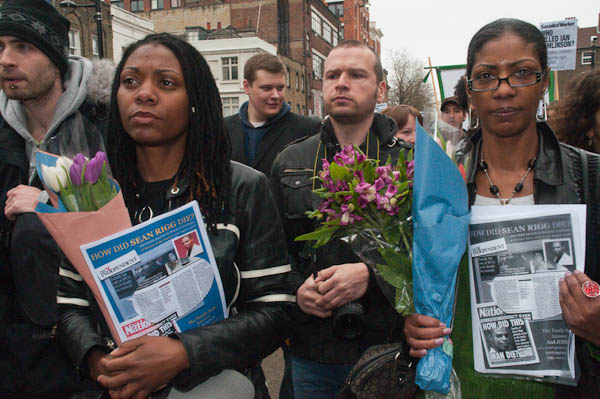 Sean Rigg's sister was among the marchers 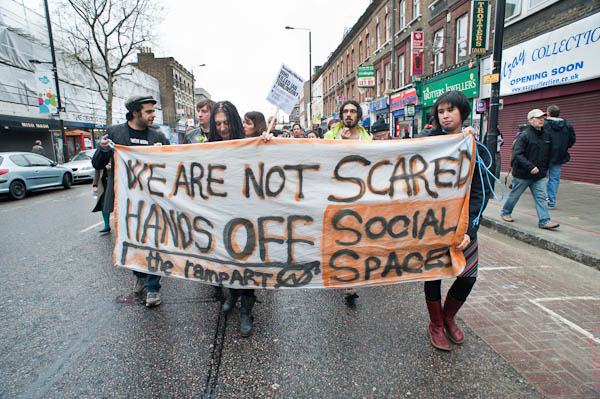 We are not scared 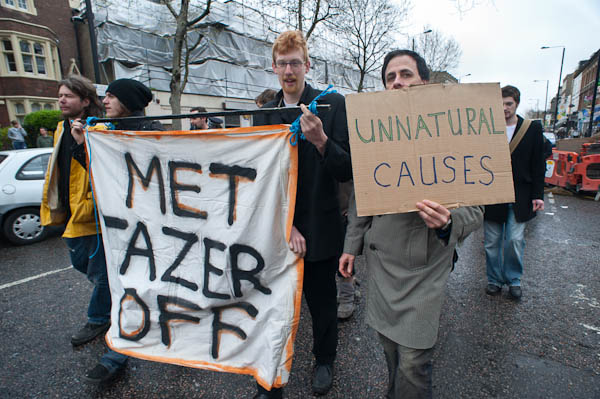 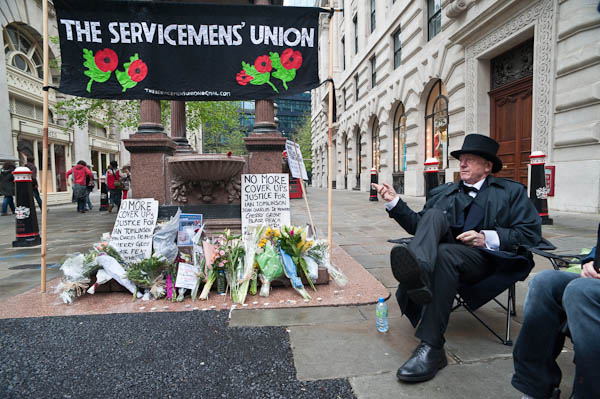 Several hundred marchers, some carrying flowers, and almost as many photographers and videographers turned up at Bethnal Green Police Station for the start of a memorial march for newspaper seller Ian Tomlinson. The march was called by G20 Meltdown, whose organisers including Chris Knight and Marina Pepper were among those who led the march. They had intended to hold a carnival party in protest at the Bank of England on April 1, but police turned it into something far more sinister, which ended with many demonstrators being attacked by police and Tomlinson’s death.

At the Tomlinson family’s request, the march was peaceful, silent and respectful. Although they did not take part in the march, stepson Paul King spoke briefly at the start from the steps of the police station, surrounded by a five-deep semicircle of cameras. He described the family’s pain from the tragic death of a “much-loved and warm-hearted man” and at seeing the video of the assault, and hoped that the invstigation would be full and that “action will be taken against any police officer who contributed to Ian’s death through his conduct.” He ended by saying that he hoped he could continue to rely on the support of the demonstrators in the future.

Short speeches from the march organisers called for a properly independent enquiry into police violence surrounding the G20 protests and for criminal charges to be brought against those responsible.

Leaflets were distributed for a new campaign to end violent police tactics at peaceful demonstrations. There is a No to Police Violence web-site

http://www.killianthearchitect.com/no2policeviolence.html
and also a blog, Once Upon A Time in Hackney.

The police were solicitous, on their best behaviour, clearly wanting to avoid any friction, and the officer in charge was I think one of those who had been in charge at Bank on the day the incident happened.

Some marchers carried flowers to lay close to where Ian Tomlinson was the victim of an unprovoked police attack from behind on the corner of Royal Exchange Buildings. Here there were more speeches, which I missed, having left to photograph the Tamil march.

Among those marching were some of Sean Rigg’s family, and I’m told his sister spoke eloquently about his case at Bank. Sean died after being taken ill in police custody in Brixton Police Station on Thursday 21 August 2008, and his family also took part in last year’s annual United Friends and Families march along Whitehall in October

http://mylondondiary.co.uk/2008/10/oct.htm#united
and at the Justice 4 Ricky Bishop march

http://mylondondiary.co.uk/2008/11/nov.htm#brixton
in south London in November.

Chris Knight had announced he would be making a vigil at Royal Exchange Buildings in memory of Paul Tomlinson over the Easter weekend, and invited people to come at any time, but in particular to join a candlelit vigil at 8pm. I couldn’t make that but I did call in the afternoon and photograph him and the flowers at the scene.

More pictures on My London Diary: