Geordies staged an anti-police brutality demo last week in response to the polices actions at the G20, and also to highlight the acts of brutality these thugs commit everyday.
The demo was called for last minute, and so only perhaps 40 or so people turned up at the City's central Monument at 1pm. There was a few speeches and chants etc, but it didnt get interesting til about 25 people decided to march on the pig station. A large banner was unfurled reading 'End Police Brutality' and 'Smash the Police State', and a loud chant of 'No justice, no peace, fuck tha police' was belted out. Leaflets were handed out to people on the way.
At the station the chants continued, and anti-police placards and posters were pasted on the wall. A few pigs stopped by but didn't say a word.
After a while people headed home, leaving the posters pasted on the stations walls.
Pictures to be uploaded soon.

Just to clarrify, it took place on Saturday 11th april 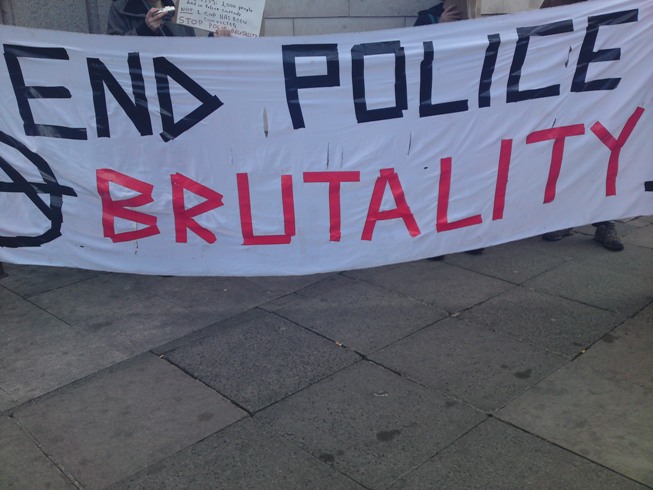 a pic from the police station