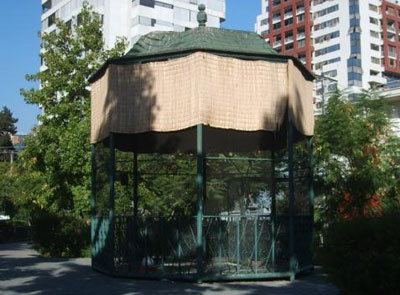 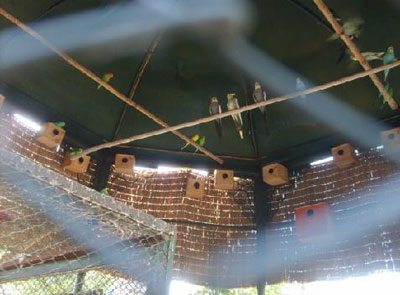 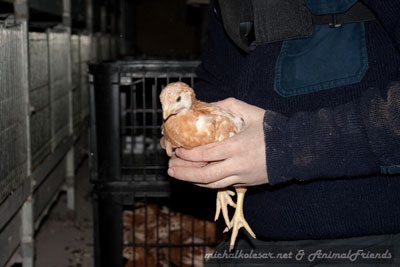 Glues were locked and windows cracked at 2 William Hill bookmakers for their support of horse racing and greyhound racing,
A Tescos supermarket had all its windows scratched and advertising board damaged with "MEAT IS MURDER" written.
Nandos outside menus had "MEAT IS MURDER" written on them.
3 Barclays cash machines glued up and spraypainted for supporting HLS.

Animal abuse will not be tolerated!

"During the night of Friday, April 10th we headed toward the financial center of Santiago, located in one of the most bourgeois parts of the city, Las Condes. There we arrived at the Plaza Peru where for decoration there is a large bird cage that houses about 50 birds, and which prevents them from flight. In this plaza there is a guard whose guardhouse is about 4 meters from the cage and in one of the corners there is a police station.

Upon arriving at the place we noticed that the plaza guard was inside his guardhouse and we could act behind his back, but in the station that is right in the corner of the plaza the police make rounds at specific times, walking or in patrol cars. Yet nothing intimidated us and we decided to go ahead; with the help of some pliers we managed to open a large hole in the cage so that the birds could escape. We do not know exactly how many birds managed to escape, we hope that there were many.

As bitter enemies of authority we want the destruction of all the cages that lock up humans and animals, along with all existing power relations.
We wll not remain calm waiting for others to act for us; nor will we wait for legal protection for our brothers and sisters. Direct action is acting for liberation now!

This action is in solidarity with our comrades imprisoned for fighting against authority throughout the world and for the thousands of animals held hostage by anthropocentrism!

Adventure is better than caution!

The Baltimore Sun has reported that early on April 13, rocks were used to break a window and damage one of the front doors at the Iron Bridge Wine Company restaurant in Columbia, Maryland. The restaurant was targeted on March 23 for its sale of foie gras.

"On April 13, protected by the night, the ALF of Mexico has once again visited the home of a bastard who breeds roosters to make them fight one another in Mexico State.

This time we came to the doors of his disgusting home and we chaotically sprayed paint on his door and we also left a message that said: 'As long as you continue locking-up animals in your damned cages, our attacks will intensify. This is no joke ...'

We will come back to your house and we will avenge the animals.

Activists from the organization Animal Liberation removed five rabbits from cages at a farm in southeastern New South Wales. The rabbits were facing cruel slaughter (decapitation by circular saw while fully conscious).

According to media, a mink farm outside Eksjö, Sweden, was hit by animal rights activists on Thursday, April 9.

The fence had not been cut but instead the mink were carried over the fence and released. A total of 264 mink were freed.

"The Luddites Against Domestication of Wild Nature claim responsibility for the sabotage of 35 phones of the biocidal Telmex company on April 11.

We have also sabotaged another Telmex phone by placing an incendiary device made especially for the telephones of an earth-destroying company.

http://michalkolesar.net;
click here for video and more photos from the rescue:

"In April 2009 there were 61 hens freed from battery cages and put in new, safe homes.
Animals are not a gift, neither is their rescue. Therefore not even this rescue is meant as a gift. It is only related to memory of a woman who did not want to just watch the useless pain and suffering of animals.
Fourteen years ago Jill Phipps died. It was Wednesday, 1st February of 1995. During a protest against transports of calves in Coventry, she stayed under the wheels of a truck which was loaded with these animals. She was 31.
I remember. We remember.
jillphipps.org.uk"

"I alone liberated bunnies from a petting zoo hell, where according to staff their future would be determined by the highest bidder at an auction (either fur trim/fur farm, lab bunnies or slaughtered for food).

"Sweden, Umeå
On the night of the 5th of April, the ALF burnt one of the fish company Gävle Fisk AB's trucks.
The truck was completely destroyed.
This is not the first, or the last time animal abusers vehicles are burning.

ALF/soon with a fire near you"

"Umeå, Sweden, April 2: All locks glued on the infamous Resturant Garaget. All the windows are still not replaced after the last action. The place is starting to look like the hell it is.
ALF"