World Week for Animals in Laboratories -

http://wwail.org - has reported to of kicked off on Monday in Santiago (Chile) and Philadelphia (USA).

The National March in London to mark World Day is this saturday, with thousands of campaigners planning to travel from across the UK and the Europe - 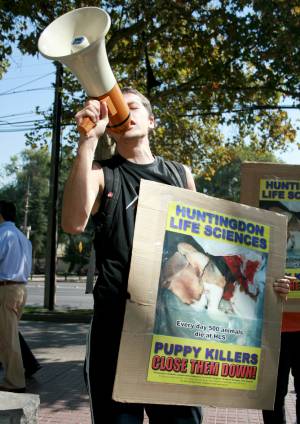 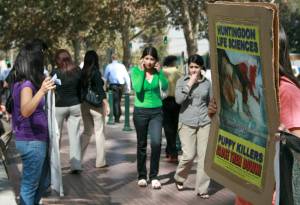 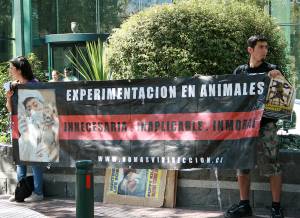 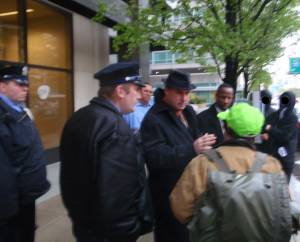 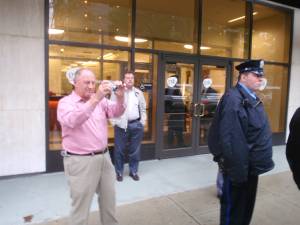 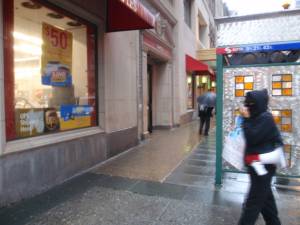 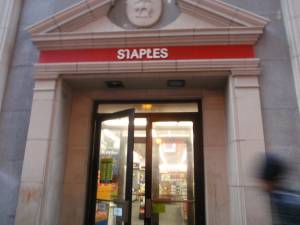 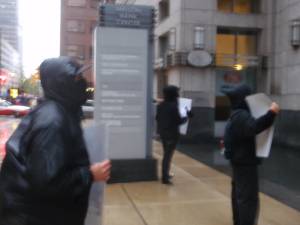 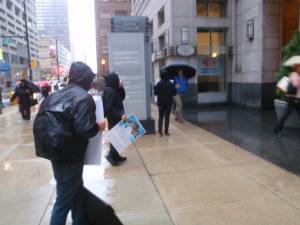 Today we started the activities for the Lab Animal week in Santiago. A group of activists protested in front of the building where GSK is based, exposing the filthy and cruel actions financed by this company inside HLS.

People showed their support and a guard from the building tried to complain, saying that we were "paid" to do this. If some people are eager to kill puppies for money, of course they can not understand how people can fight and work without profit.

Until every cage is empty!

Today, Philadelphia Animal Defense League (ADL) proclaimed a message on the city streets that is quite simple: Welcome to World Week for Animals in Laboratories!

This week is a national week of action where people around the world get involved on behalf of the millions of non-human animals suffering in labs every day for no reason other than corporate greed. Started in 1986, World Week for Animals in Labs is typically filled with vibrant protests, outreach events and the like. We figured we should take part.

Despite the intense wind and downpour of rain, we took to the streets outside 3 companies who seek to make a profit off of animal abuse and to educate the public as to how these companies make their money. Our target for the day was the most notorious animal testing company in the world: Huntingdon Life Sciences (HLS). They kill 500 animals every day, and – if that’s not bad enough – other companies are trying to cash in on it. With our legal observer in tow, we headed out to make a difference.

Given that this is World Week, we thought it only appropriate that our first target for the day would be the largest customer of HLS – especially since their world headquarters is in our city. GlaxoSmithKline (GSK) regularly tests their products at HLS and accounts for over ¼ of all business done at HLS each year. Without the contract business of GSK, HLS would most definitely have to close, so we find it necessary to sever those ties. Greedy executives at GSK continually outsource work to HLS, thus keeping HLS afloat as the money keeps rolling in. GSK – cut your ties with HLS! You knew why we were there, and you were VERY unhappy that it took over half an hour for the police to arrive. However, you made sure you had at least 6 goons running security at your doors in the meantime. We found it really funny when you sealed the building, though, and wouldn’t let any employees leave or the 2 deliveries people were trying to make enter the building. Quite afraid! When the civil affairs officers finally arrived, you gave them an injunction you claim to hold against ALL animal rights proponents. Really? No such thing exists, because it’s not possible. You tried to claim that we had to identify ourselves, let you run our names through the police database, remove our masks, go across the street, and turn off the megaphones in order to protest there. Fat chance! Our legal observer rightfully questioned the fact that most of your ‘injunction’ was written in pen and didn’t have any of the necessary information – such as saying it was against us specifically. Thanks for the laughs!

We’ll make sure to come back, and we’ll bring documentation showing we’re allowed to be there next time – a copy of the US Constitution.

Just a few streets down from GSK world headquarters is a Staples location, so we decided to go there next. Staples holds a special relationship with HLS in that they keep HLS running smoothly by delivering office supplies in unmarked vans. Obviously, they’re trying to hide something by making deliveries with unmarked vehicles. You don’t need HLS, Staples – but they so desperately need you. Drop HLS. Until you do, you’ll keep losing customers. We love this location, because there is a ton of foot traffic, several bus lines stop at the corner, and there’s only 1 way in and out. We turned away lots of your customers, and we’re wondering if you saw the employee spit on your door in solidarity with our protest after clocking out for the day to go home. After a noisy, boisterous half hour, we decided to use the underground tunnel in the area to get to our next location.

What happened next, we never expected. We were following the underground tunnel and took an exit that we felt would lead us closest to our next location. What we didn’t expect was to come up the stairs right into the lobby of Bank of New York Mellon. The security guards were quite confused when they watched us walk out the doors, turn around, and start yelling at their building on megaphones. This turned out to be an amazing demo, because it was quitting time for all of the local businesses, and thousands of people had to walk through the middle of our demonstration to go back the way we had just come to get to the subway. We handed out hundreds of fliers right in front of Bank of New York Mellon’s doors, used their marble arches to echo our chants and spread the message: Bank of New York Mellon Group owns over 26,000 shares of stock in HLS. Bank of New York Mellon is trying to make a few bucks by investing in animal torture, and we find that disgusting. Shame on you, Bank of New York Mellon! Drop HLS and promise never to do business with them again, or we’ll keep coming back.

It’s world week for animals; we’ll see you again VERY soon. We promise. We will never back down until they stop the killing.