Area 4 Neighbourhood Management Team of Nottingham City Council has proposed a CCTV scheme for Forest Fields. Supported by the police a public meeting was held from 6.30pm until 8pm on Thursday April 23 at Djanogly City Academy on Gregory Boulevard. 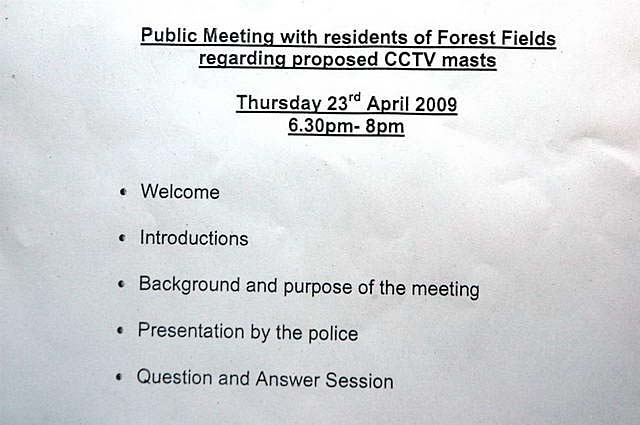 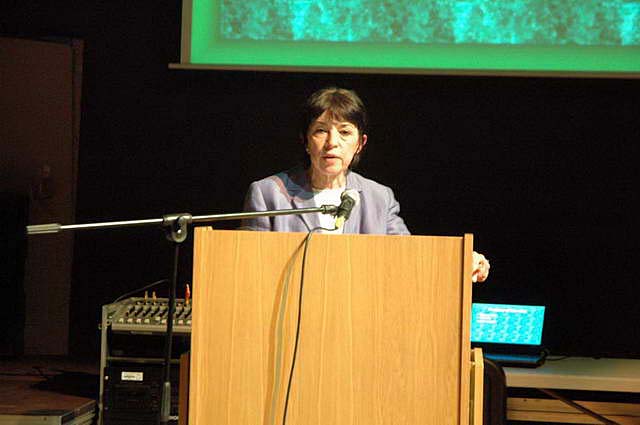 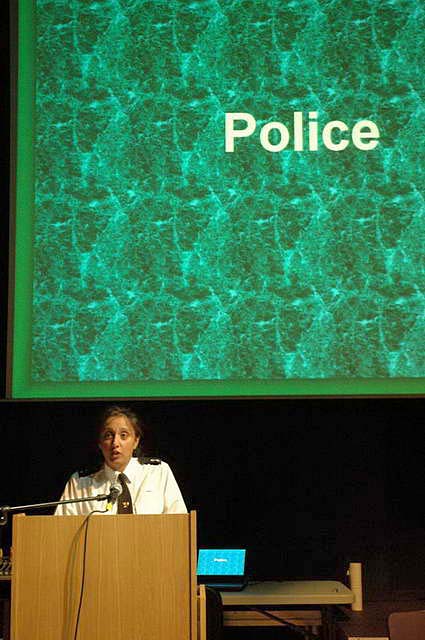 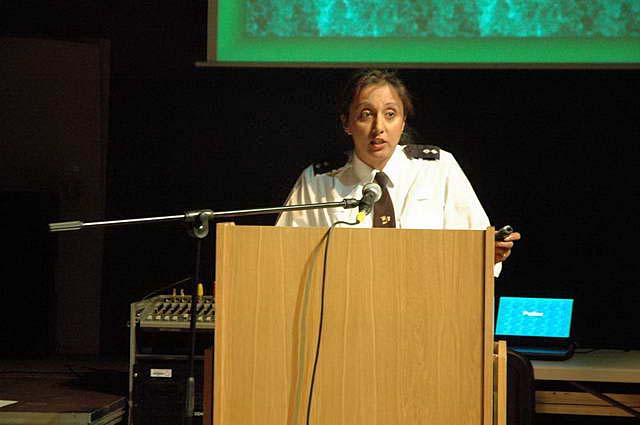 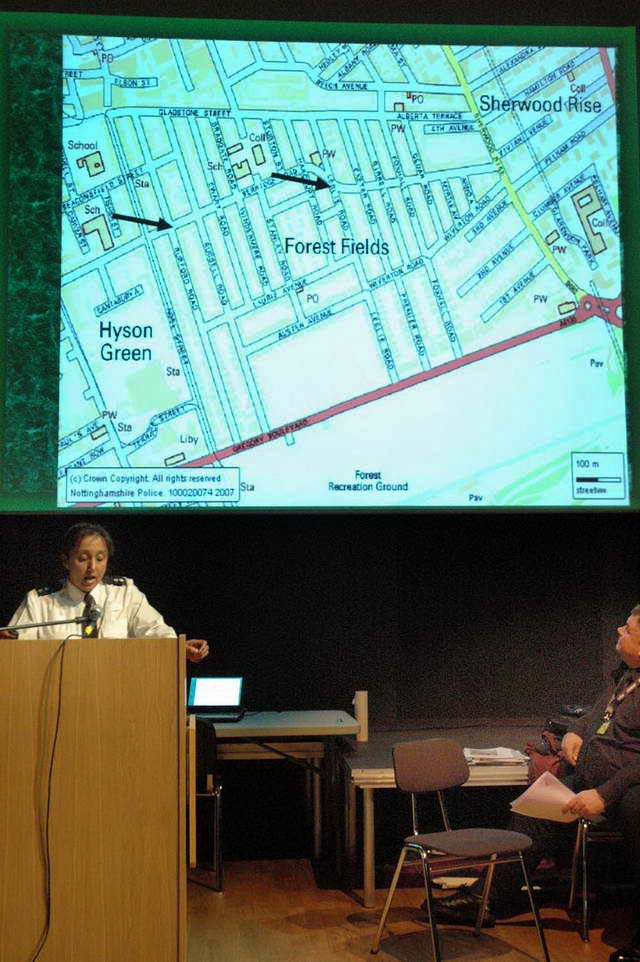 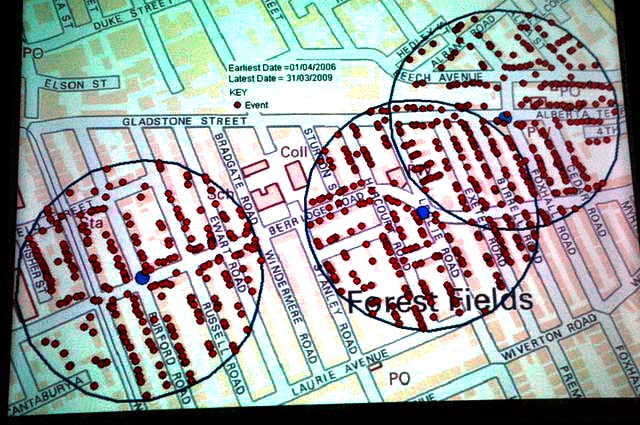 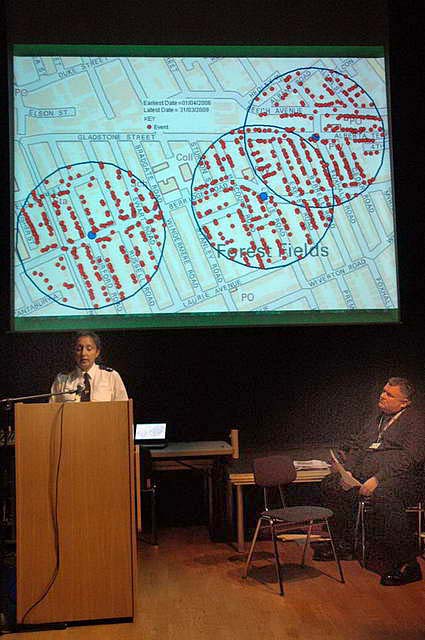 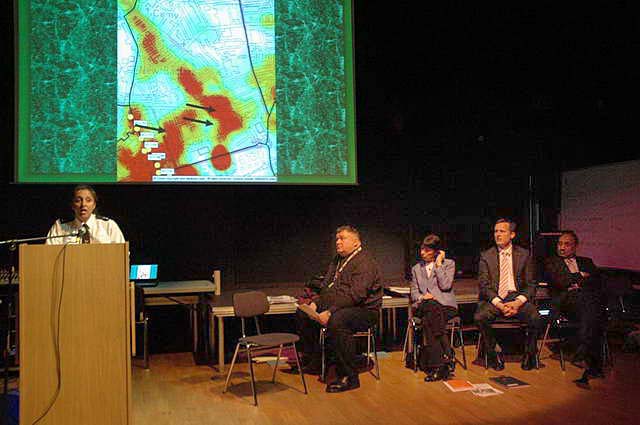 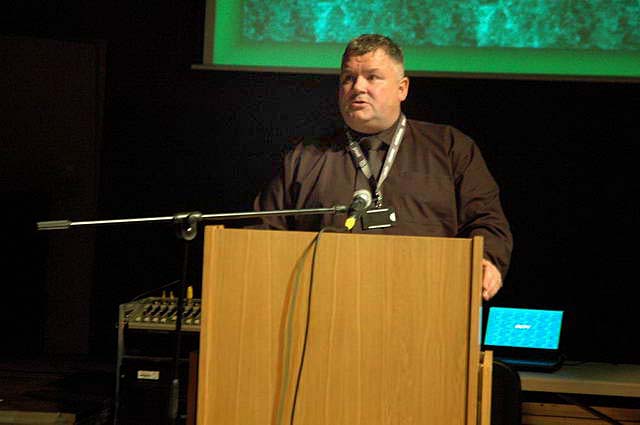 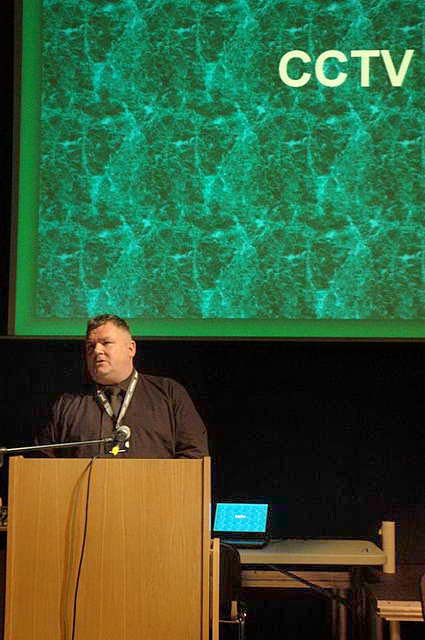 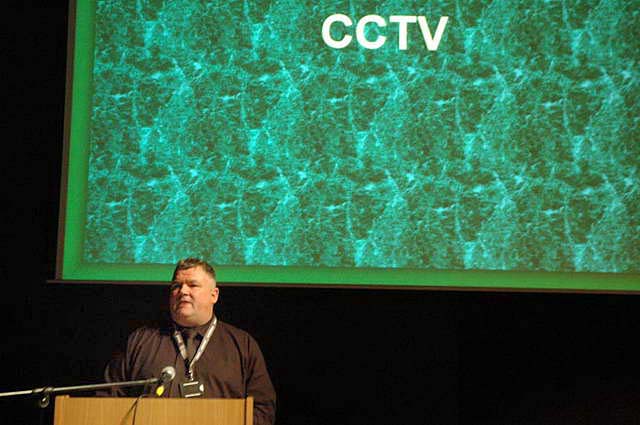 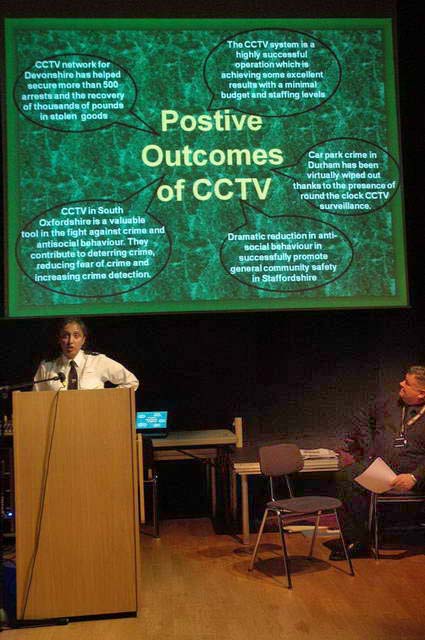 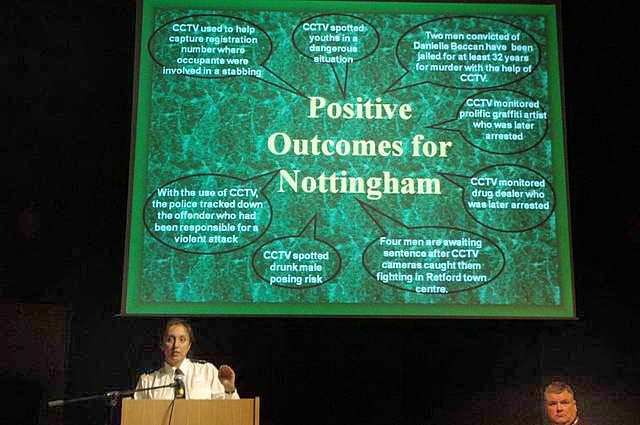 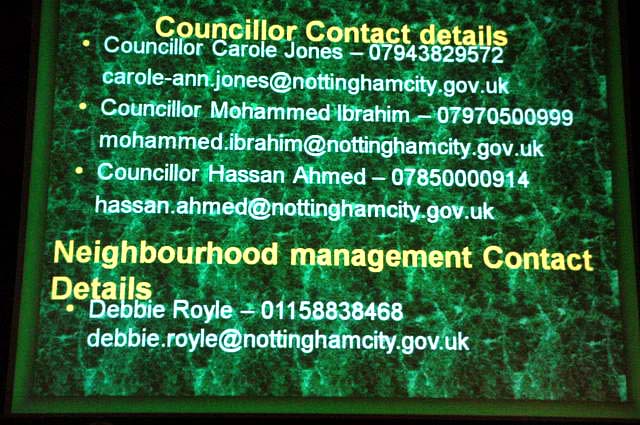 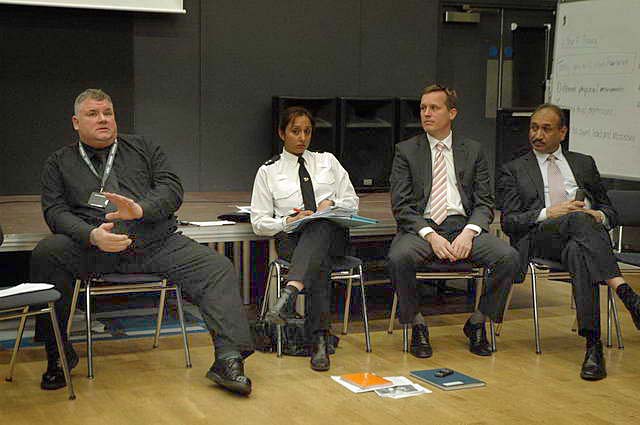 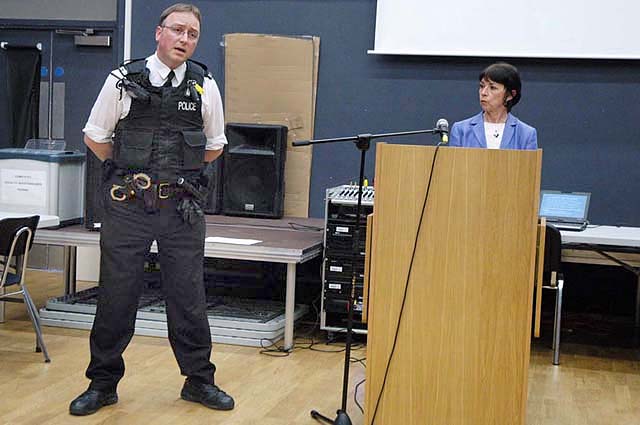 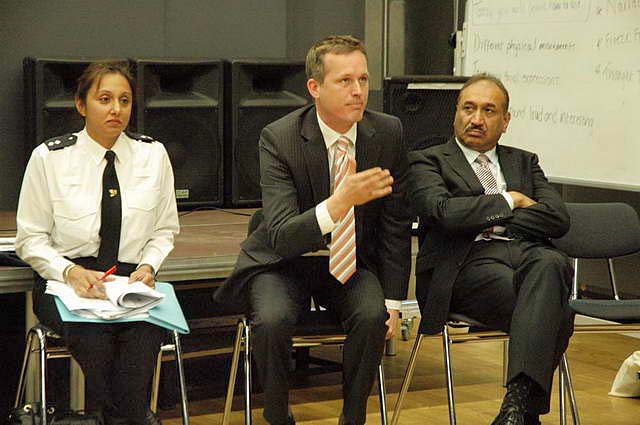 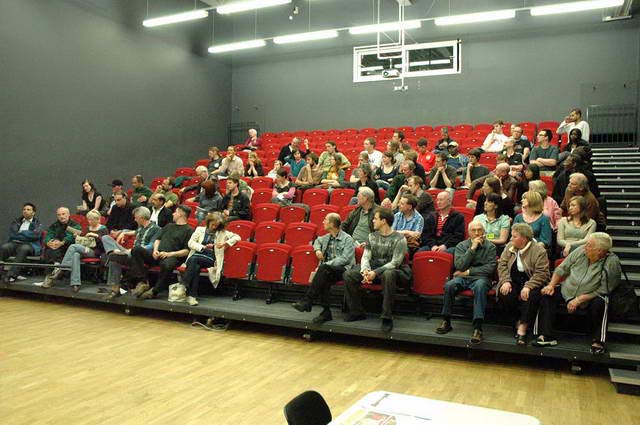 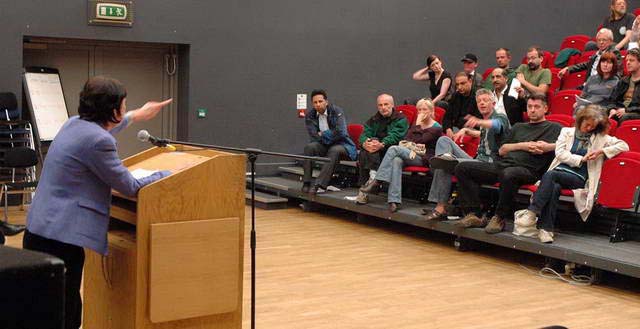 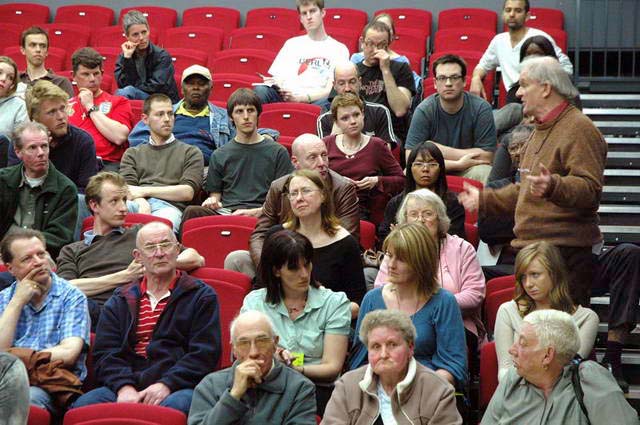 Area 4 Neighbourhood Management Team of Nottingham City Council has proposed a CCTV scheme for Forest Fields. Supported by the police a public meeting was held from 6.30pm until 8pm on Thursday April 23 at Djanogly City Academy on Gregory Boulevard.

After the presentation from the council and police, many in the audience were critical of the language used, such as 'will' and 'must', populating many of their statements. Thus, this gave many the impression that this was all a 'done deal' rather than an exercise in consultation. The impression was given that they wanted a rubber-stamping exercise. This caused some heat in the debate. Someone asked for a show of hands of those against the scheme, which to me appeared to be about 3 to 2 against.

There was then criticism of the way the council proposed to consult to the affected community, since it was decided to do 'one house, one vote'. Many houses in the district are of multiple occupancy of course, and it might be thought that those that live in higher density housing, might in fact be those most likely to object. Students, and those more used to communal living.

It might be argued that CCTV schemes are one of the most expensive methods to displace crime from one area to another. During the discussions, the Home Office research was quoted from:

This study is very sceptical at the use of CCTV systems in the deterrent and detection of crime [apart from car parks apparently, but there are no car parks with the schemes proposed area]. It was a point of some criticism, that the platform speakers were not familiar with the main tenets of this Home Office research. Especially since, so often, it appears to challenge their assertions on effectiveness.

Many pointed out that with the cost involved, perhaps a better use of the money might be on youth provision, stuff to do! Environmental schemes, tree planting etc, to generally 'enhance' the district. Those that feel better about their surroundings and community are perhaps, those more likely care for it.

Towards the end of the meeting, representatives of the Neighbourhood Management Team, expressed concern to the police and warden there, about my taking pictures at the event.

They spoke to me about it. I pointed out that aside from photographing the speakers on the platform, I was interesting in photographing some audience reaction. This seemed to me to be a matter of proper journalist interest at a public meeting.

Further, the subject of the meeting was CCTV / Imagery. The officers took my point that why should the management team express concerns at my photography, when they advocate the capture of imagery of the same people through their imagery?

Could it be that they can photograph 'us', but then they object when 'we' photograph them? Surely not.

NO CCTV
- campaigning against camera surveillance in the UK