ON THE EVENING OF THE 23RD OF APRIL WE SNUCK ONTO A NORWEGIAN
WHALING SHIP MAKING REPAIRS IN THE LOFOTEN ISLANDS IN
PREPARATION FOR THE 2009 WHALING SEASON. TO DELAY THE KILLING
SEASON AND TO PROTEST THE CONTINUED ILLEGAL EXPORT OF WHALE
MEAT TO JAPAN WE DISASSEMBLED A VALVE AND FLOODED THE ENGINE
ROOM. UNFORTUNATELY LOCAL FIREFIGHTERS WERE ABLE TO RESPOND
JUST MOMENTS BEFORE THE SHIP SETTLED ON THE BOTTOM BUT NOT
BEFORE THE SHIP HAD ALREADY BEEN COMPLETELY FILLED WITH SEA WATER AND THE DAMAGE DONE. FOR BOTH FISHERIES INVESTORS IN TOKYO AND INSURANCE UNDERWRITERS IN OSLO INVESTING IN THE NORWEGIAN WHALING INDUSTRY CAN ONLY LEAD TO SUNKEN PROFITS. AS A DIRECT RESULT OF A GROWING INTERNATIONAL TRADE IN ENDANGERED
SPECIES WE CAME TO HENNINGSVAER. WE SAW THE SKARBAKK.
WE SANK THE BASTARD. -AGENDA 21" 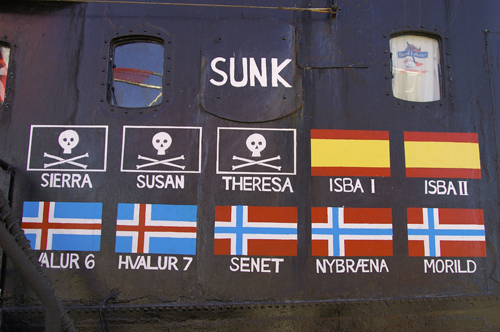 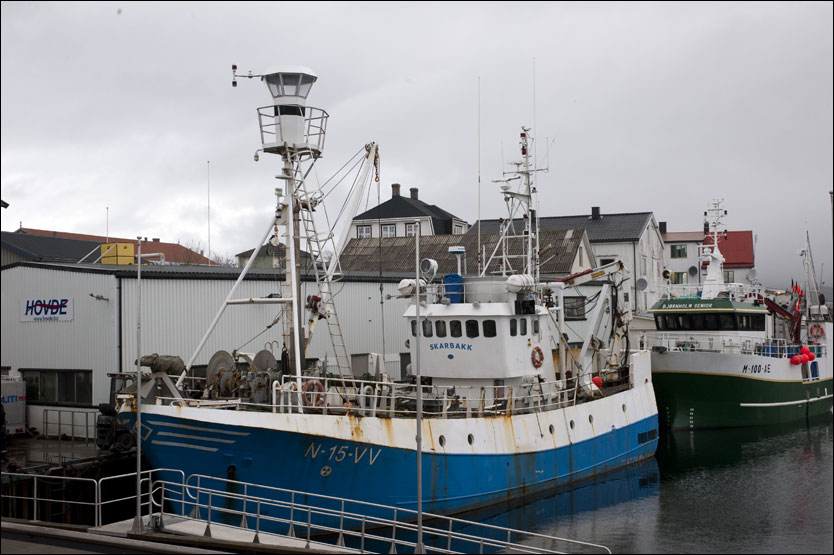 No reports in English, but after searching for the ship name 'SKARBAKK' I found the above picture from

The link to Bite Back pretty much confirms its about the scuttling.

Looks a bit rusted from the dive down!