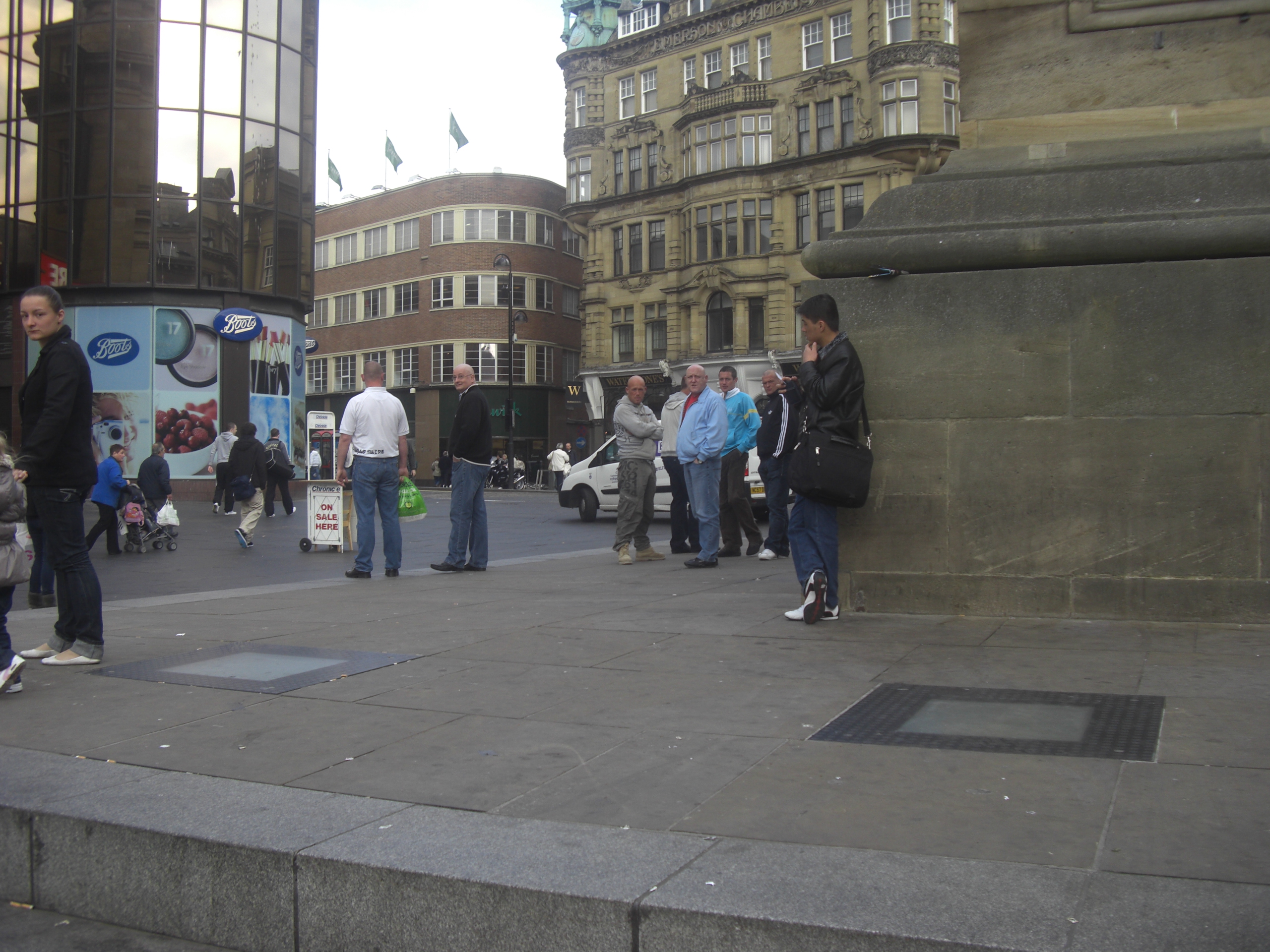 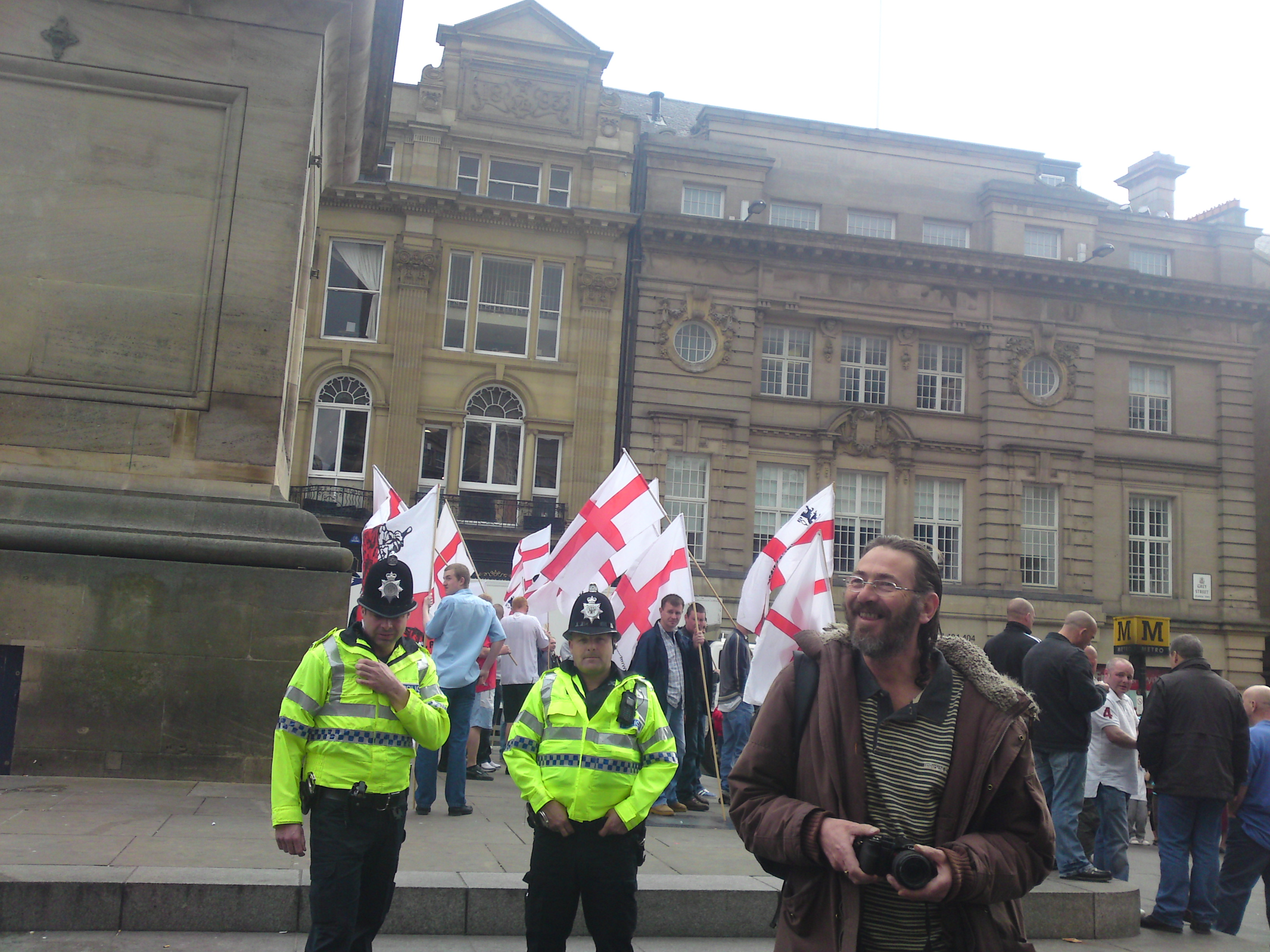 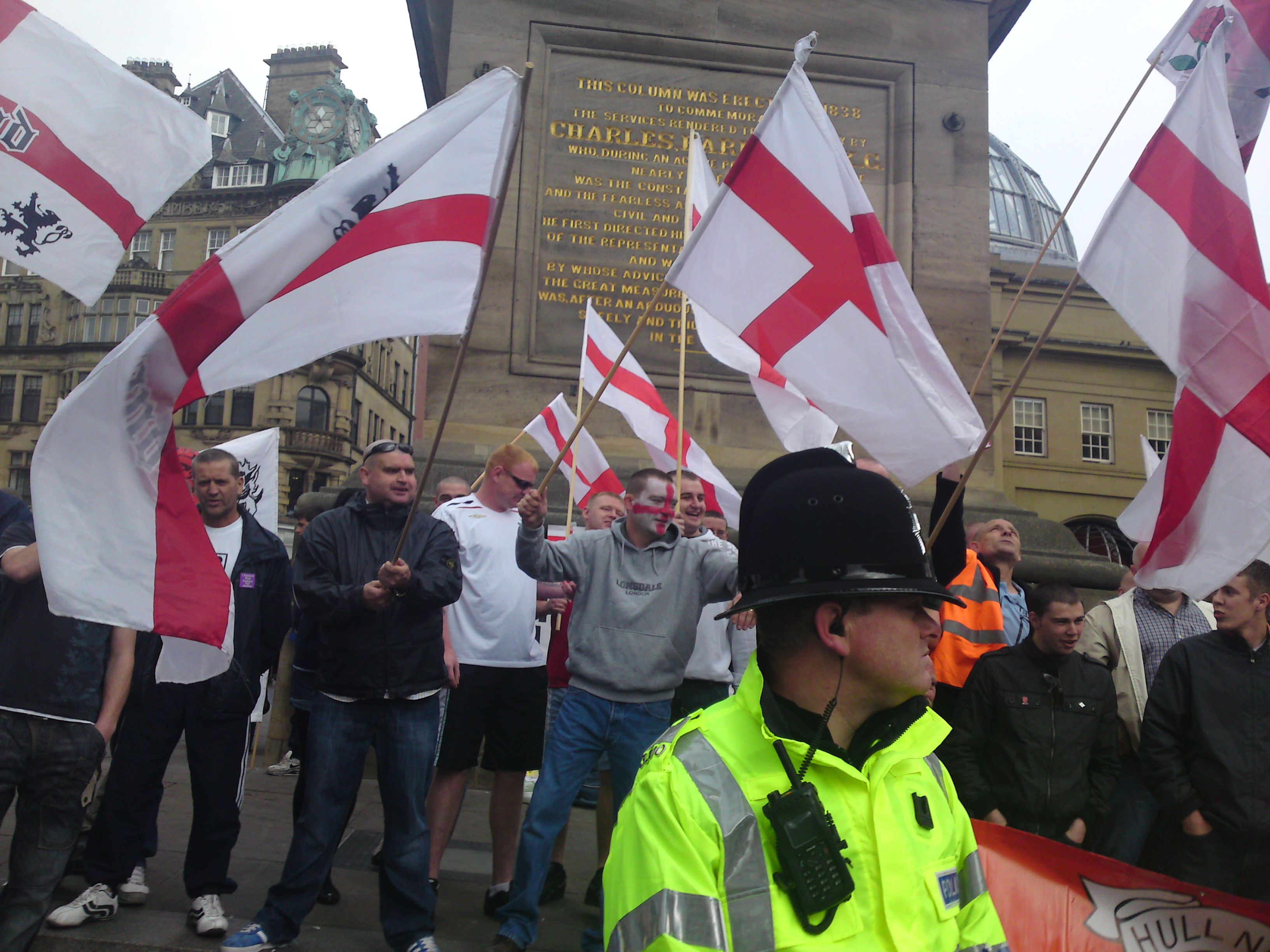 were nazis were poud we wnat to see hittler agains :p 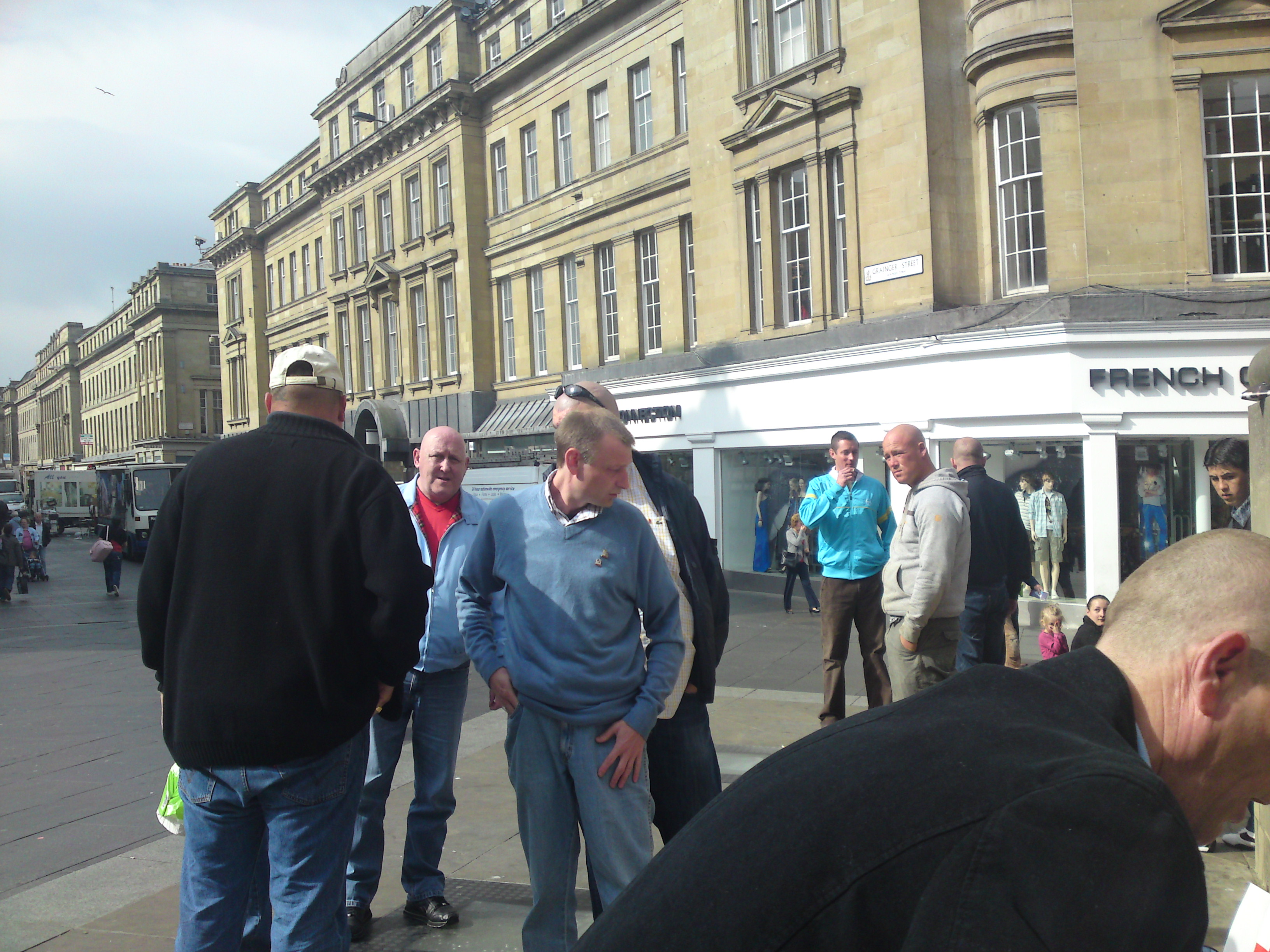 one in blue is suspected to be the newcastle branch leader

we took some pics of them nazi bastrds