Around two thousand primates of the human variety joined a rally in London on 25th April 2009 to mark World Day for Animals in Laboratories. They marched from Hyde Park to Whitehall place for a rally addressed by representatives of animal rights groups from the UK and abroad and progressive political parties. Photos and videos of the day can be found herein. 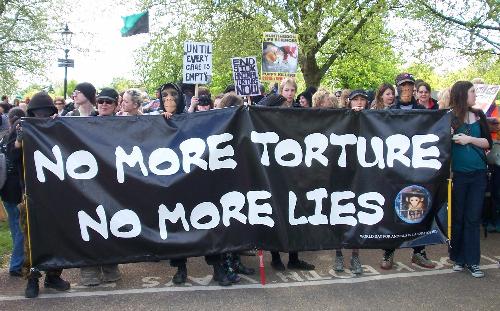 No more torture, no more lies 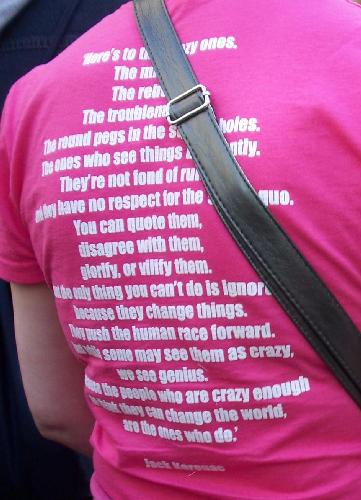 Round pegs in square holes 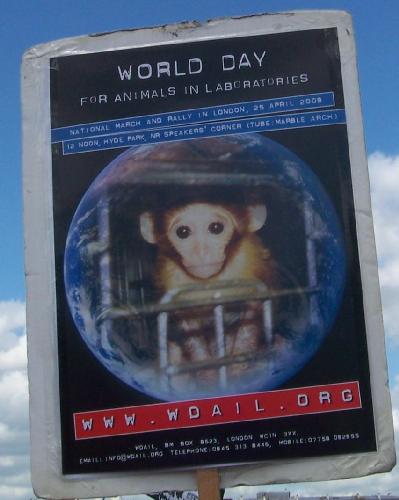 Poster for World Day for Animals in Laboratories 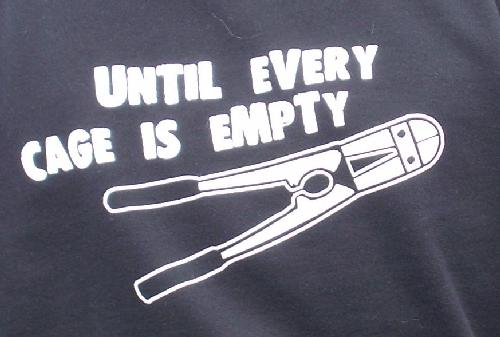 Until every cage is empty 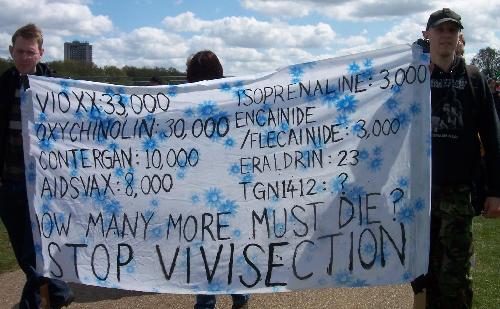 How many more must die? 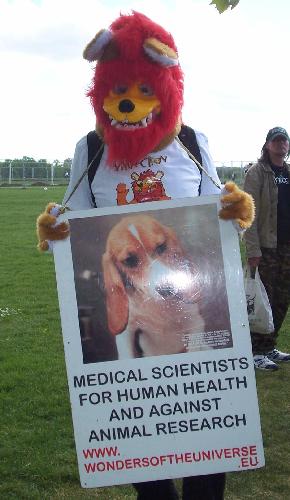 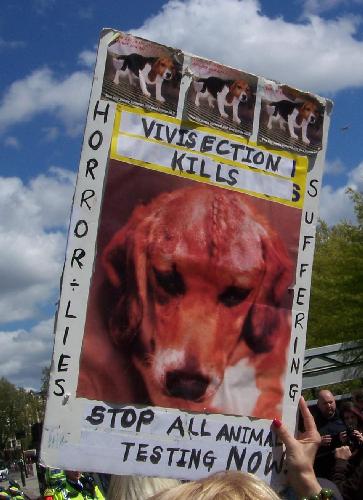 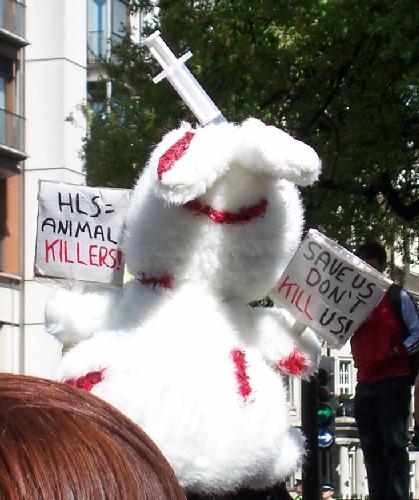 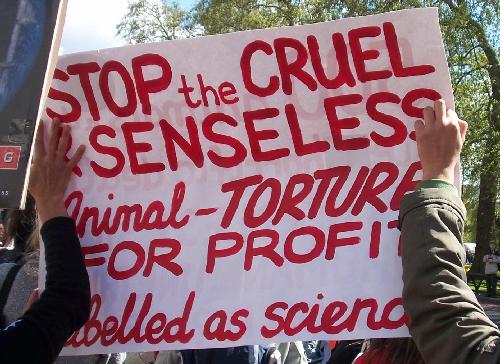 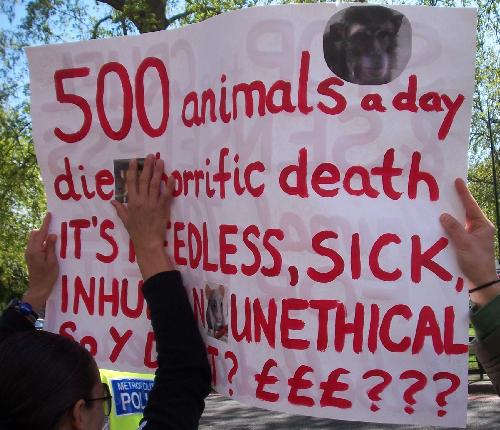 The protestors assembled in Hyde Park before setting off on a slow and peaceful, but noisy, march through central London. Chants like “No more torture, no more lies, every six seconds an animal dies” and “Close down the animal labs” were sustained throughout the march, with the exception of a silent march through Trafalgar square (although it took a few minutes for the call for silence to propagate to the back of the march).

More photos from JimDog are available at the following links:

And finally, a quote from a t-shirt I saw on the day:

Here’s to the crazy ones.
The misfits.
The rebels.
The troublemakers.
The round pegs in the square holes.
The ones who see things differently.
They’re not fond of rulers and they have no respect for the status quo.
You can quote them, disagree with them, glorify or vilify them.
But the one thing you can’t do is ignore them, because they change things.
They push the human race forward.
And while some may see them as crazy, we see genius.
Because the people who are crazy enough to think they can change the world are the ones who do.