Not liked to be filmed, one of the Sussex finest was seen in public today. 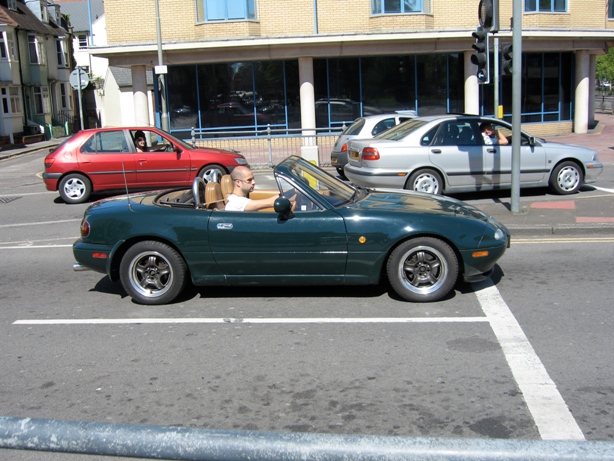 Part of the intelligence gathering coppers in Brighton and hove and frequently seen on Smash EDO/ITT demos this nasty piece of work likes spends his "hard-earned" cash on swanky cars. This filth is also known as KB EG16 was featured on the Schmovie "Video Nasties".

He looked a bit annoyed to be filmed by us this time.