On 26th April 23 years ago the world's worst nuclear accident took place.
Around the world events took place last weekend to remember the ongoing
Chernobyl disaster which is still felt in the UK Lake District with nine Cumbrian
farms still under restrictions. 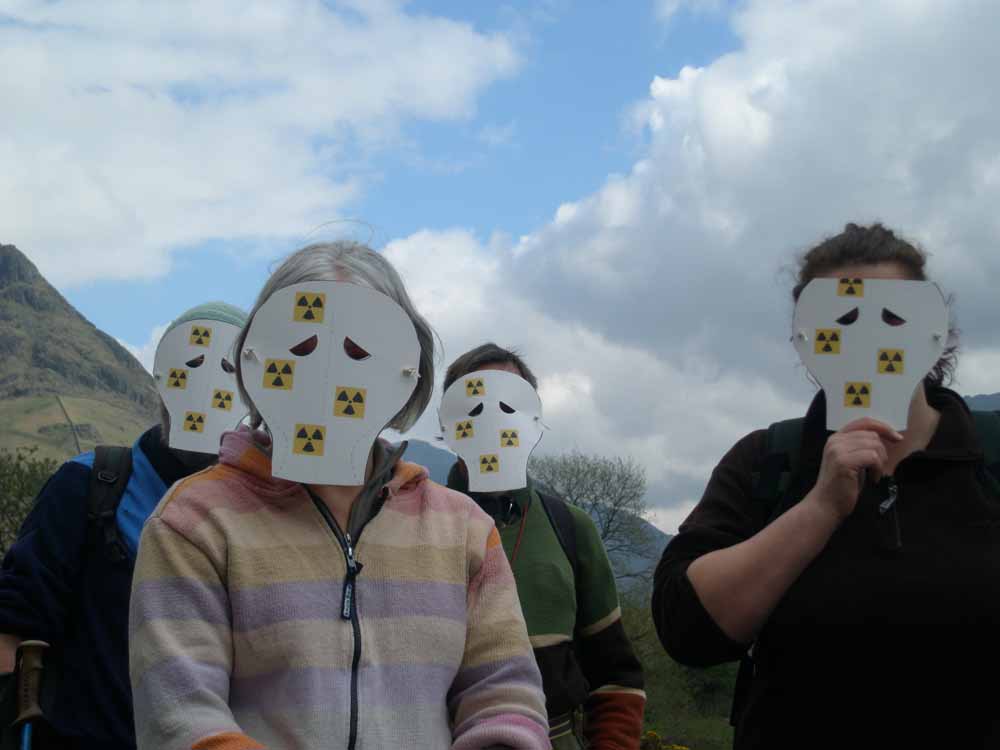 The damage to the Children of Chernobyl is ongoing.
Chernobyl Children’s Project (UK) says: “Time has not been a healer for
the people of Belarus and the greatest fear is for the children of future
generations”.

Money raised will be donated to the Chernobyl Children's Project(UK)

Wastwater was voted as Britain’s favourite view.
The lake, England’s deepest, is used to provide fresh water coolant for
Sellafield, with over four million gallons of fresh water abstracted every
day. Walkers stopped for a picnic at the pumping station which
very noisily pumps fresh water to Sellafield.

ON April 1st there was a 'near miss' at Sellafield with a loss of cooling
water to the High level liquid waste tanks which need constant cooling
with fresh water 24/7.

A spokesperson for Radiation Free Lakeland said
"electricity can be produced in many ways - wind, wave, solar, clean coal but fresh
water is our most precious resource and the nuclear industry uses it like
there was no tomorrow - not only while electricity is produced but decades
after to cool the accumulated waste in order to prevent another Chernobyl"

Following the Chernobyl disaster, hundreds of towns were evacuated and
wiped off official maps.

More information on the Chernobyl Children’s Project is available at
www.chernobyl-children.org.uk.