On Friday 24th April, Nottingham's Critical Mass Bike Ride started from the Market Square. Critical Mass is for everyone who rides a bike in Nottingham and wants to take part. 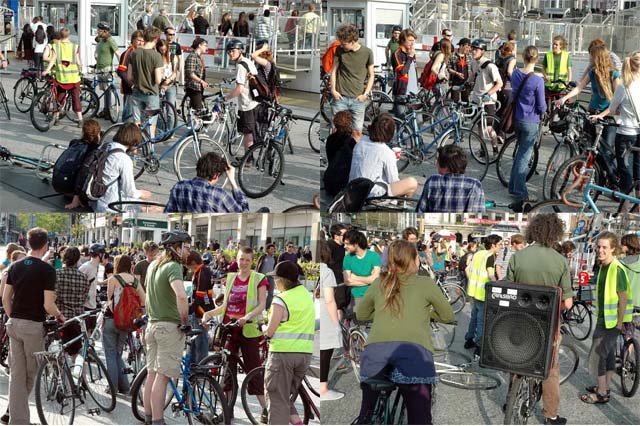 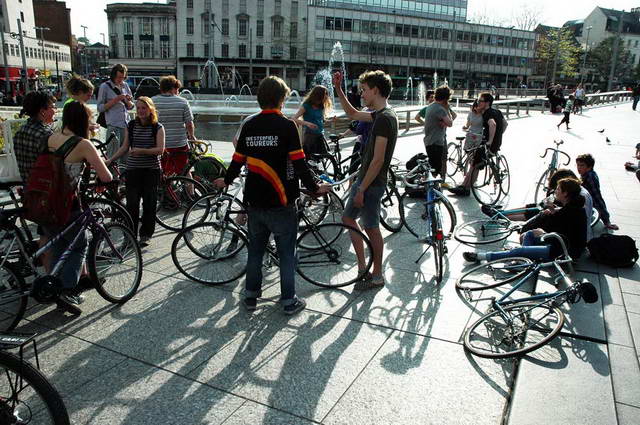 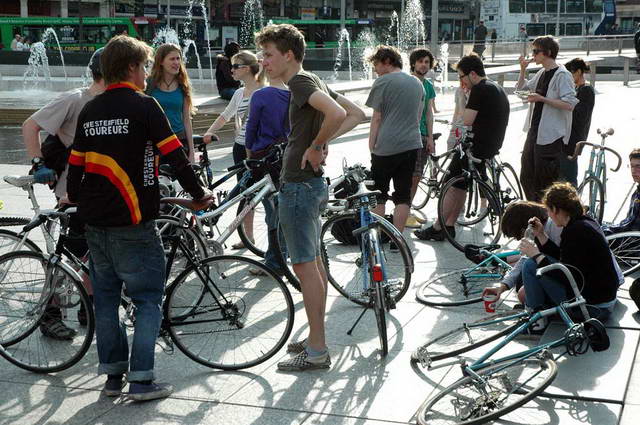 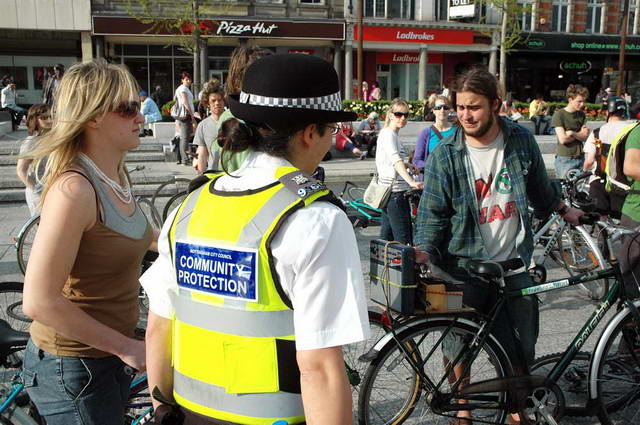 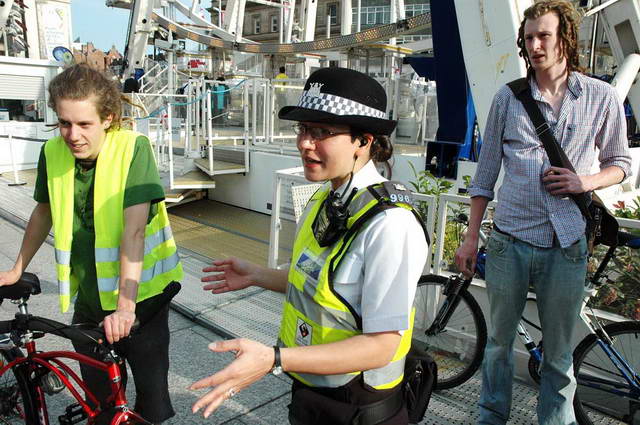 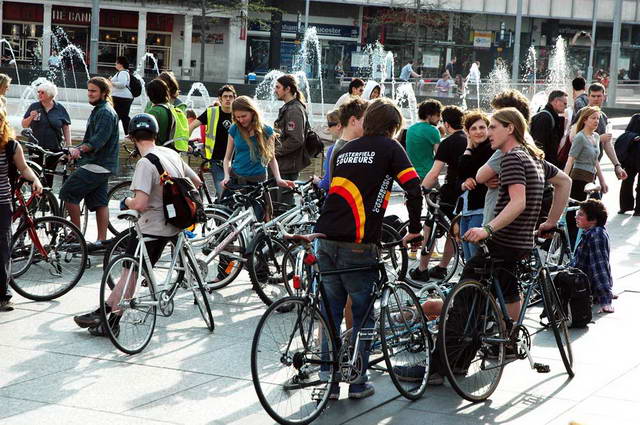 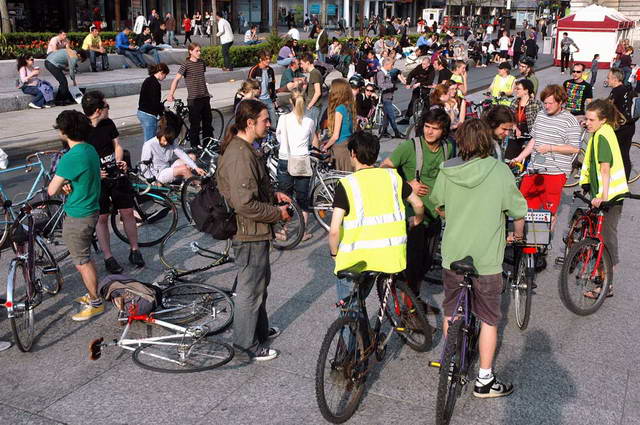 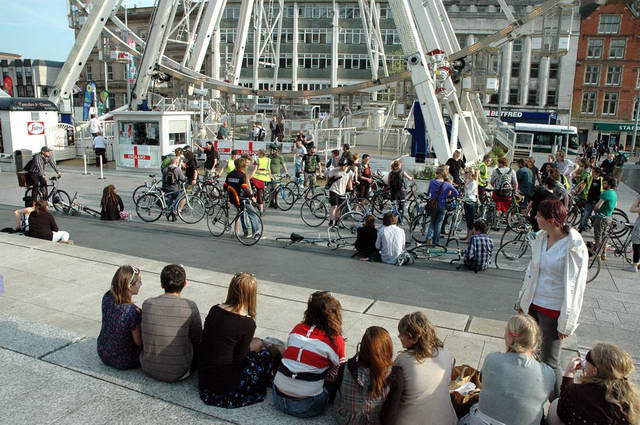 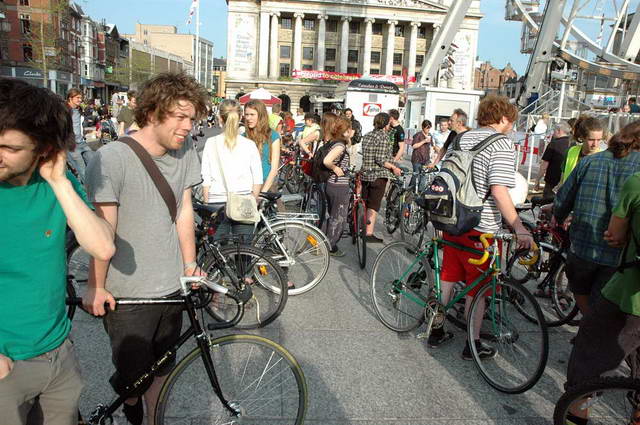 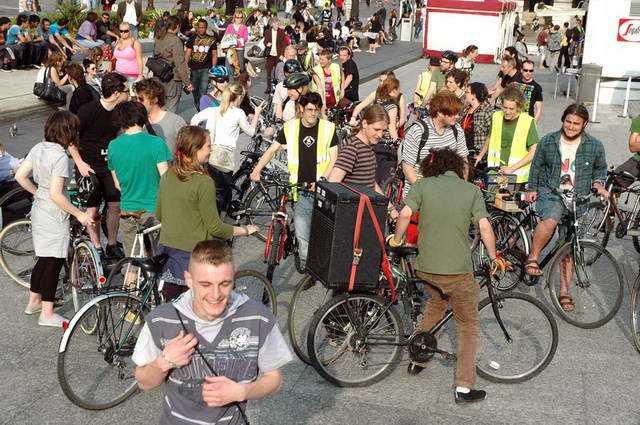 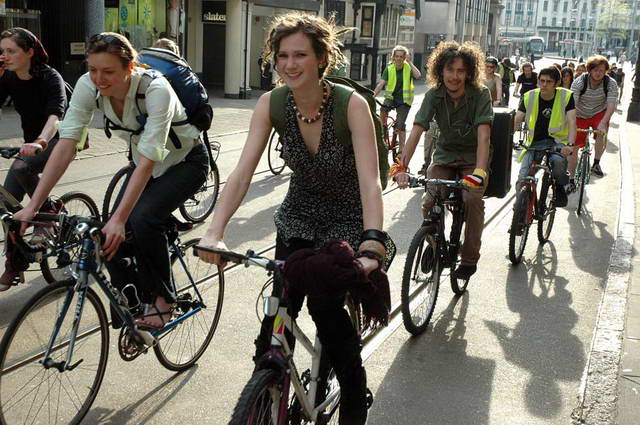 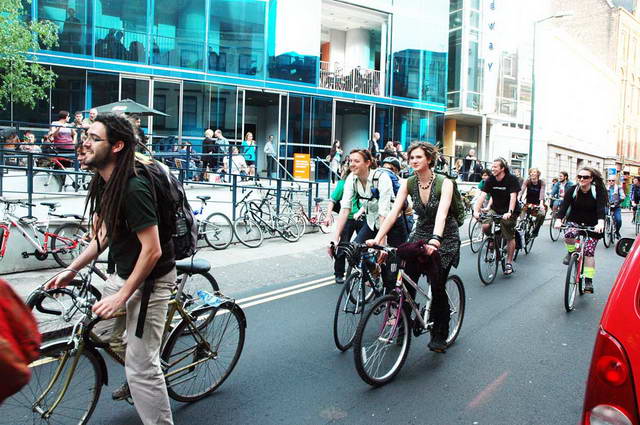 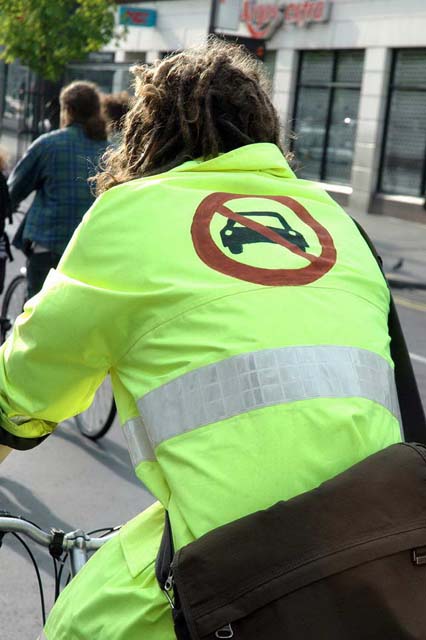 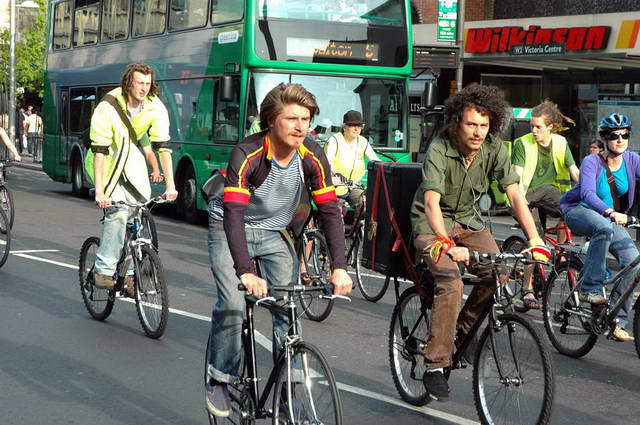 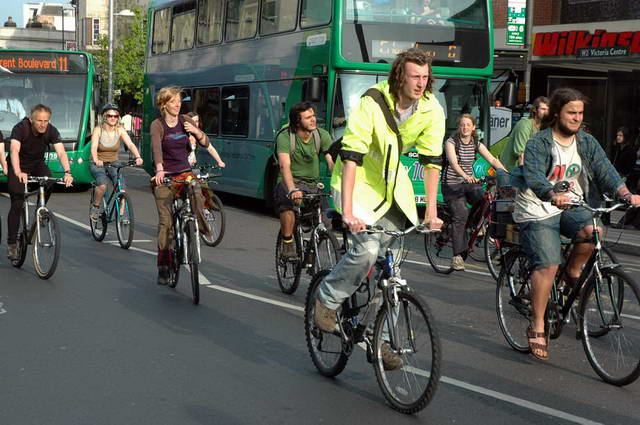 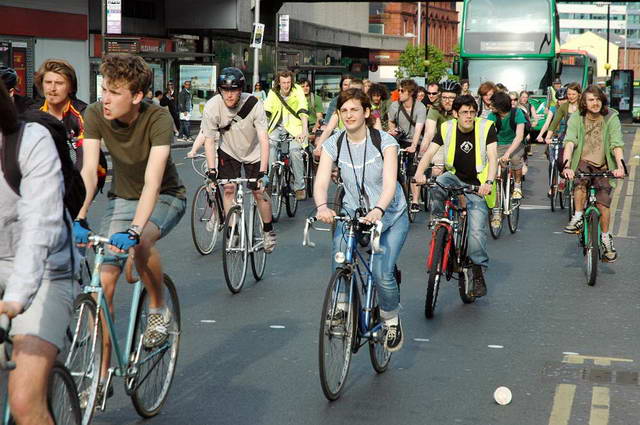 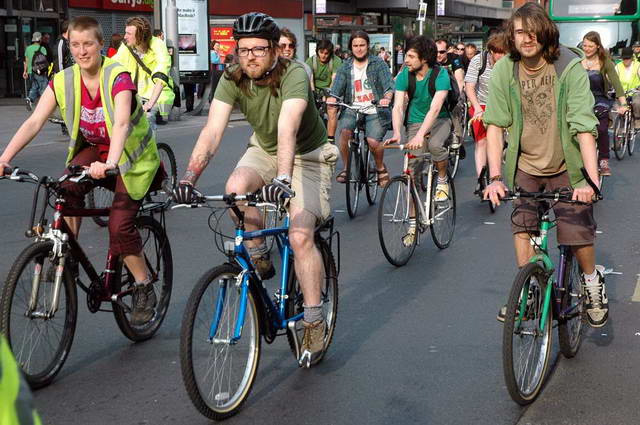 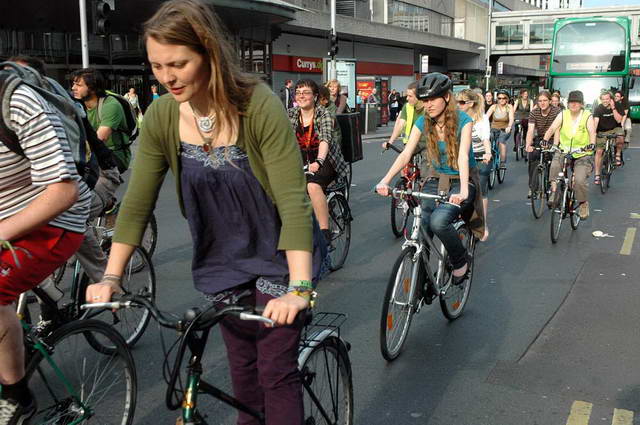 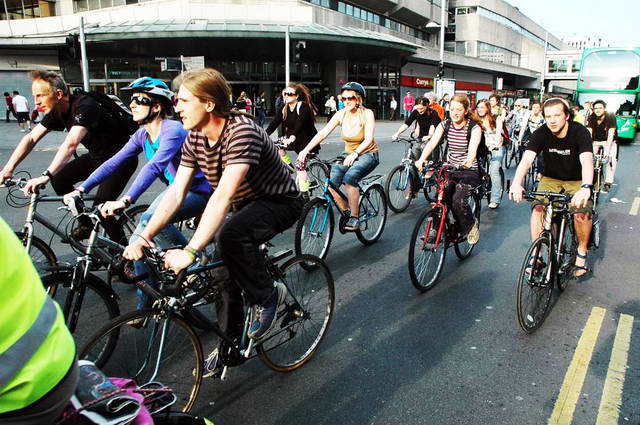 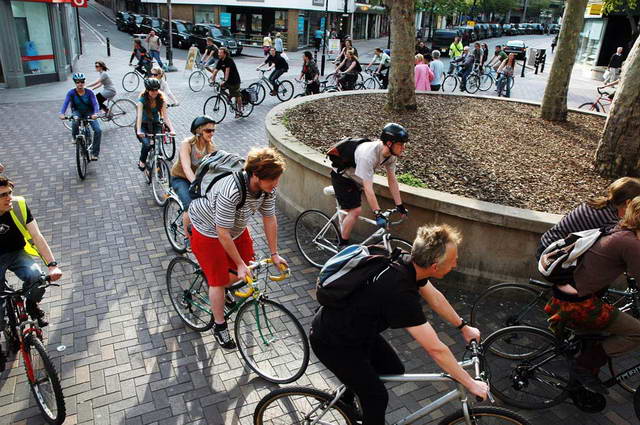 On Friday 24th April, Nottingham's Critical Mass Bike Ride started from the Market Square. Critical Mass is for everyone who rides a bike in Nottingham and wants to take part.

This month, Notts critical mass was joined by riders on the 'Coal Caravan'

This epic 219 mile cycle caravan is travelling through communities threatened with open cast coal mines and power stations, from Notts to Newcastle (and a bit beyond).

This mass finished up at the Sumac Centre, where folks were entertained, fed, watered and rested, [oh and some bikes fixed], before they headed off to Shipley [site of new open cast mining] in Derbyshire on Saturday morning.