Anti-deportation protest at the Nigerian embassy in London

A dozen anti-deportation campaigners held a small protest today outside the Nigerian embassy in central London to highlight the Nigerian government's role in the forcible mass deportation of Nigerian refugees. A joint deportation charter flight carrying more than 20 families, with children as young as one, is scheduled to leave London, from an undisclosed airport, to Lagos via Dublin at 6pm today.

The protest, organised by the Stop Deportation Network, lasted for about an hour, after which protesters walked down to Parliament Square to join the Tamil protest there. Having leafleted passers-by and people visting the embassy, they ended with some loud chants such as 'no more deportations' and 'No borders, no nations, stop deportations'. 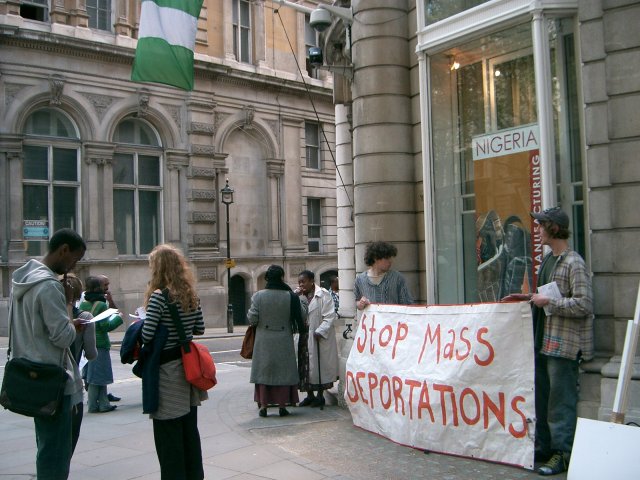 protest outside the Nigerian embassy 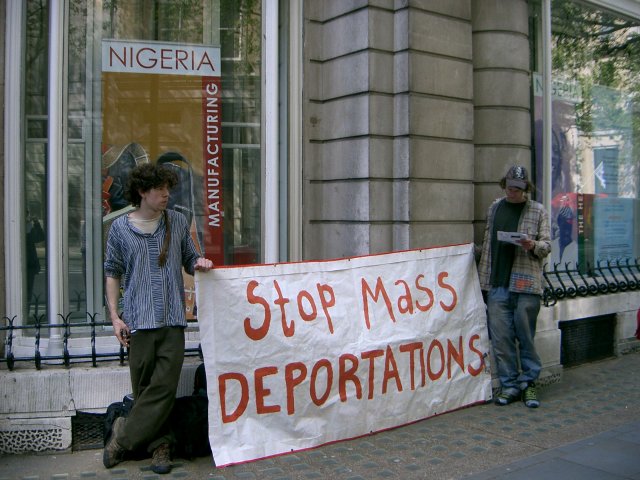 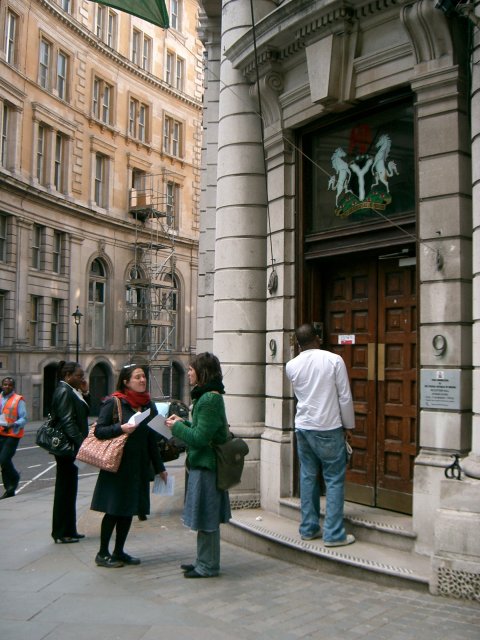 leafleting and talking to people visiting the embassy 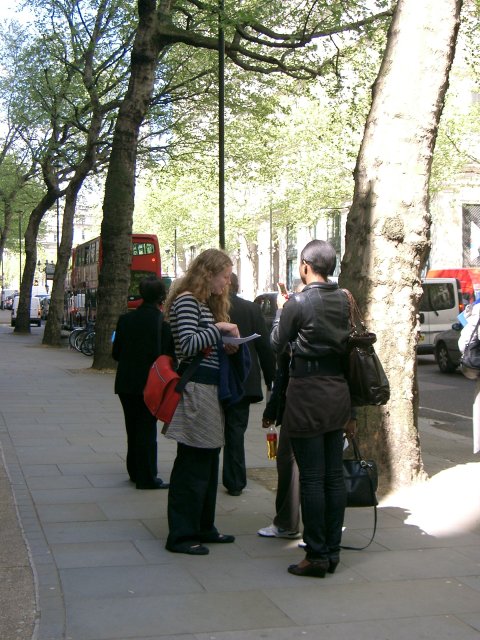 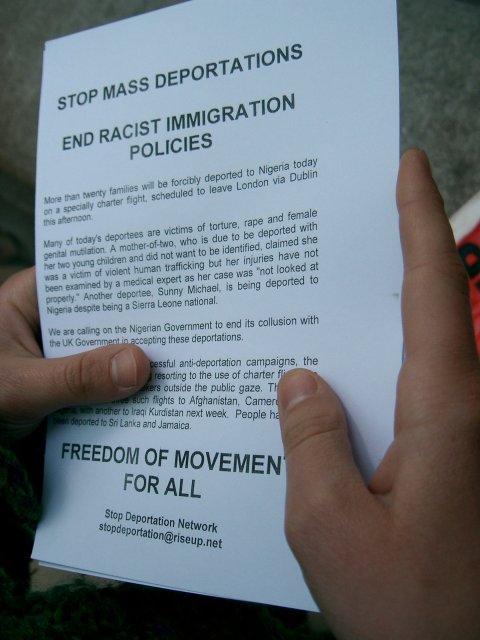 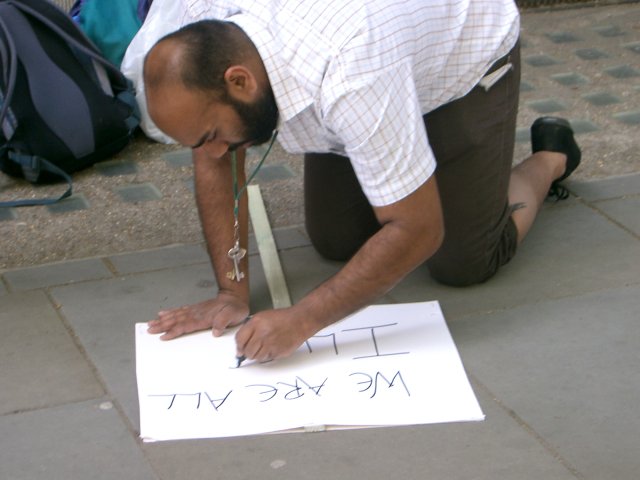 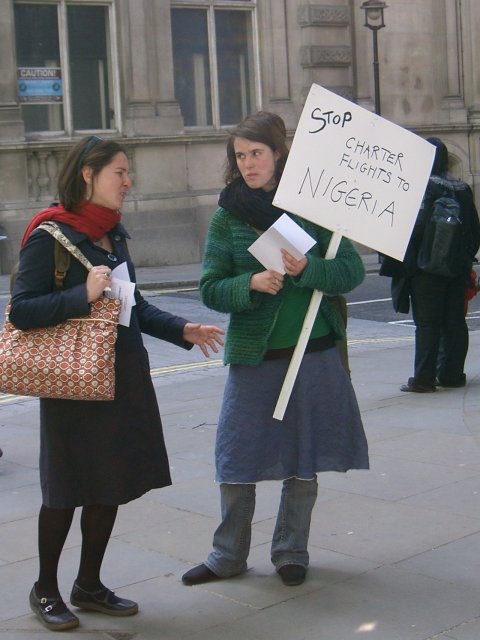 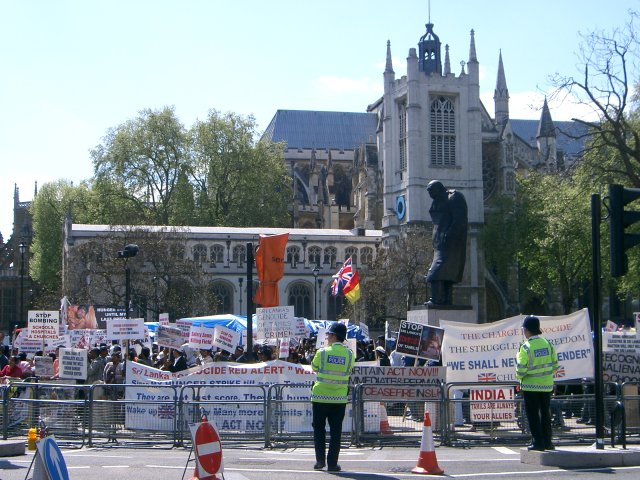 the Tamil demo in Parliament Square 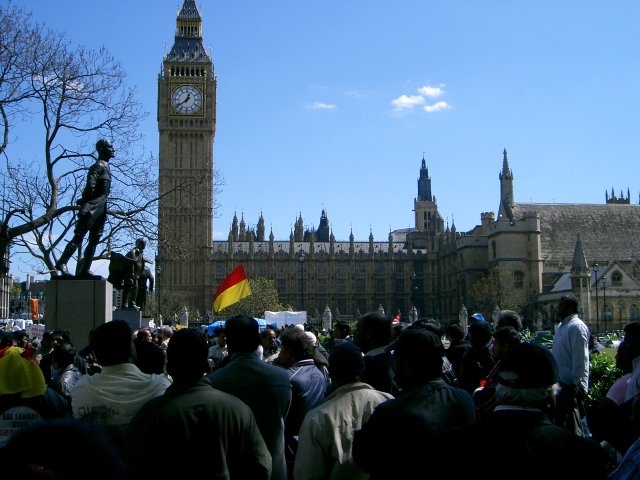 As protesters were packing up, a van full of cops arrived and an angry superintendent made sure he explained to them that this was an unauthorised protest inside the SOCPA zone. As to the megaphone, well, they should apparently have got a permission from the Westminister city council.