London Mayday does not draw the numbers it used to a few years back, when thousands roamed the streets. The spirit of Mayday was still there though at The Bank, with a Maypole and dancing and some familiar faces from the past. 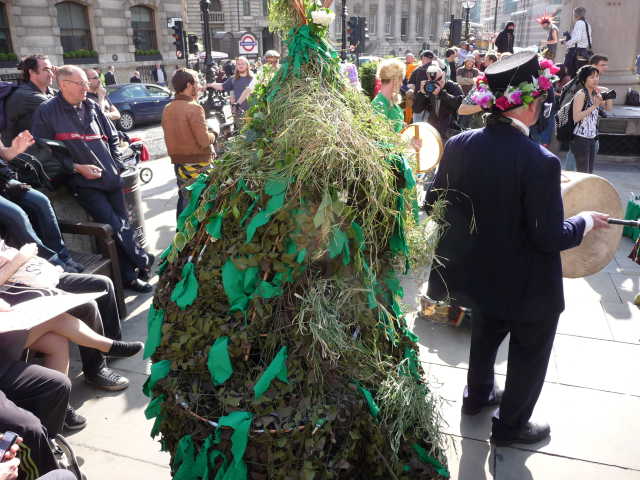 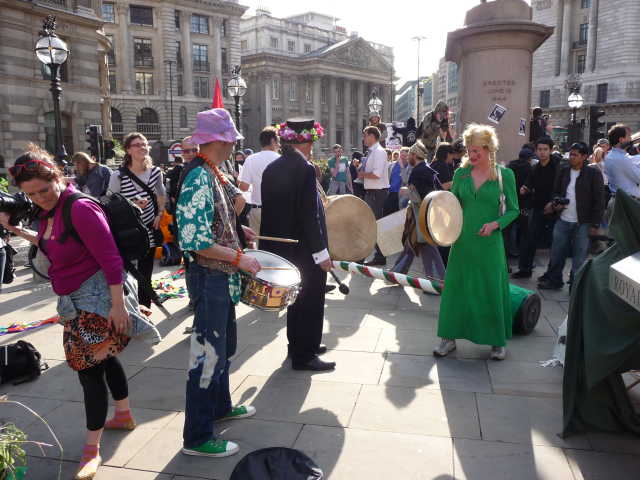 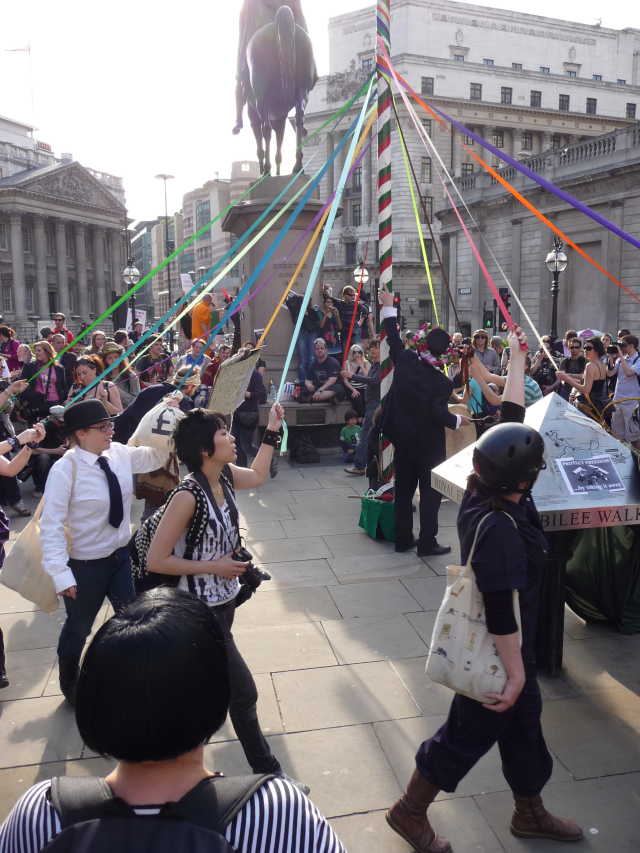 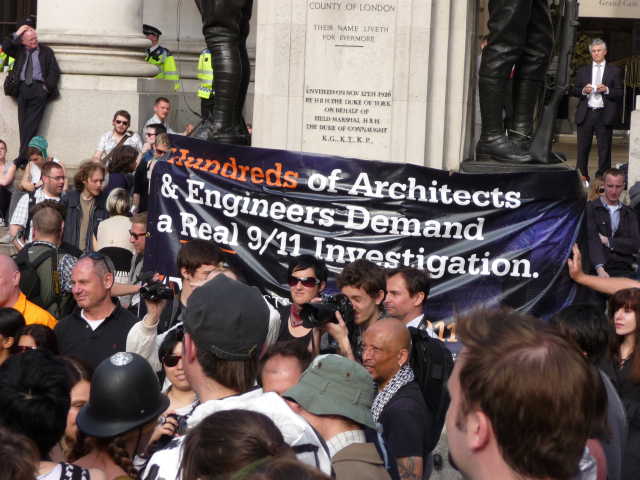 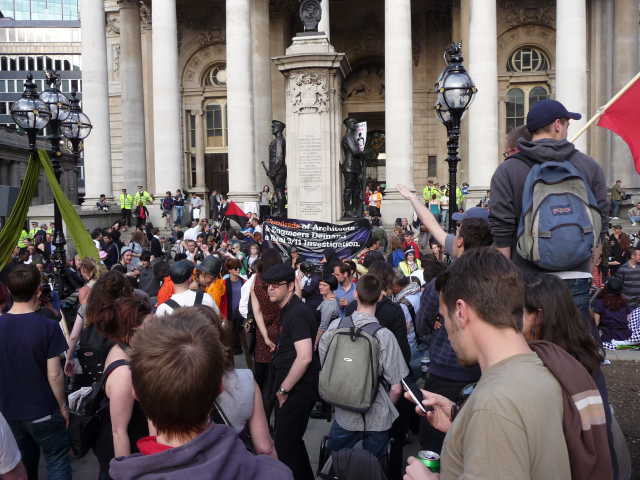 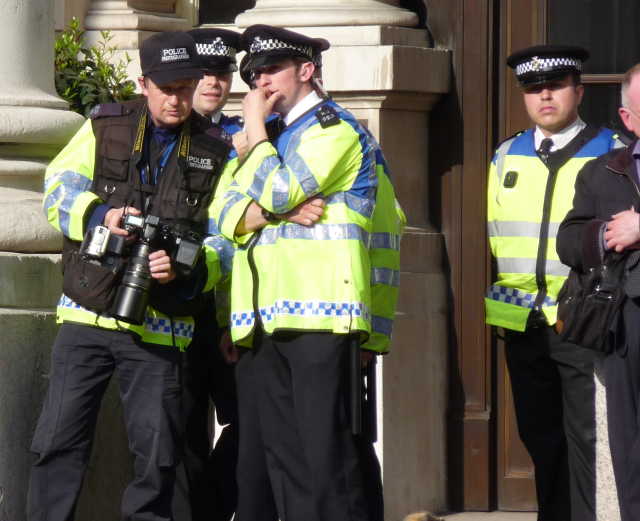 The FIT now have you on record for daring to dance

The theme this year was police repression and in keeping with its anti-authoritarian Mayday tradition the cops were derided by megaphone as they looked on from a distance, instead of trying to surround and contain everyone as they have done in the past. Maybe they held back because the gathering was on an island and not obstructing road traffic or maybe they have learned a valuable lesson from the recent G20 in London.

The dancing was led by three sound systems, two of them on cycle trailers. There was several fancy dresses with either a convict/police/arrestee theme or pagan style theme. One small group even brewed up tea over an open log fire!

Thanks to the Space Hijackers for organising the event and all who attended to make it so much fun. 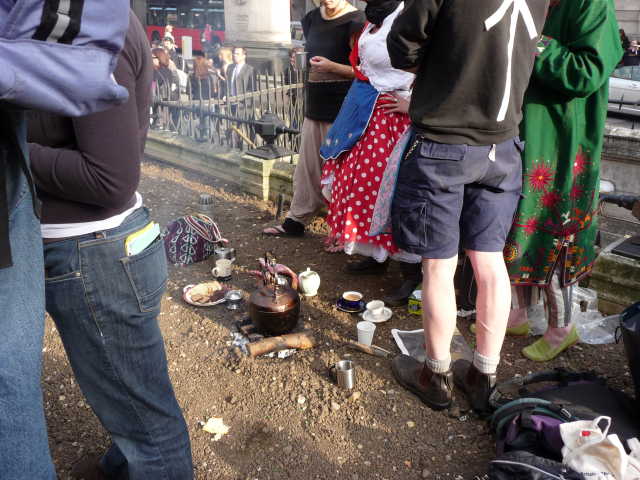 Forgot to include this pic of the open fire brew up.