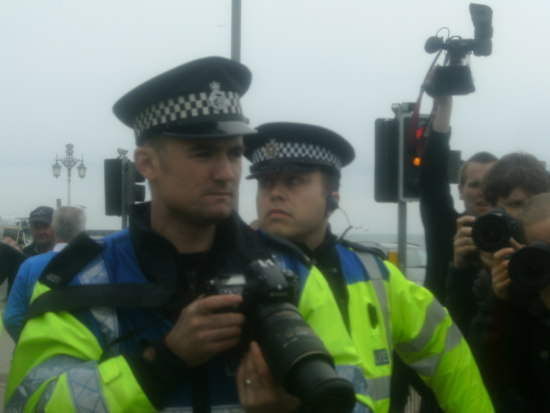 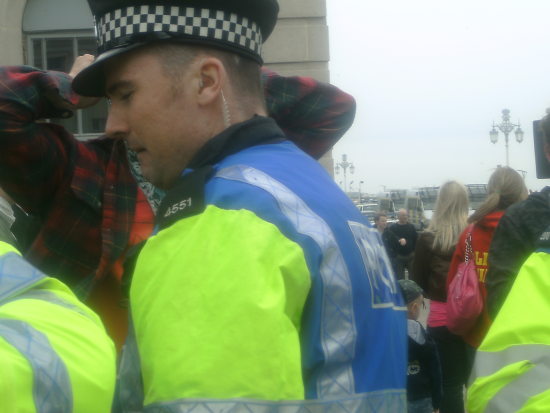 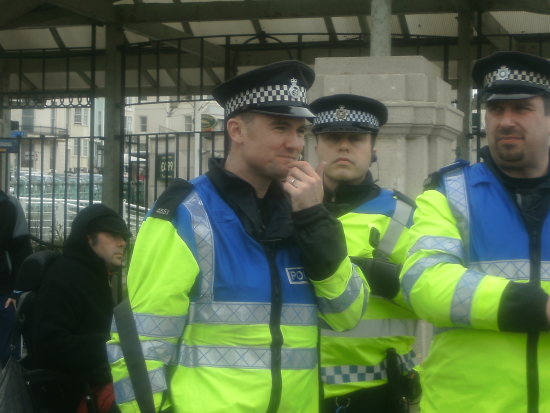 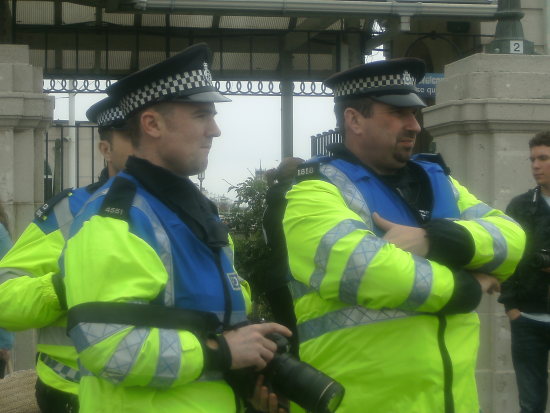 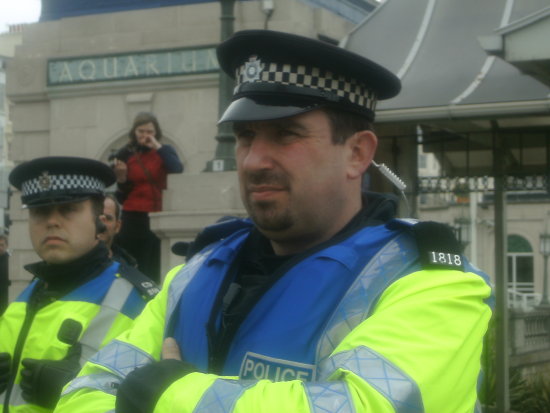 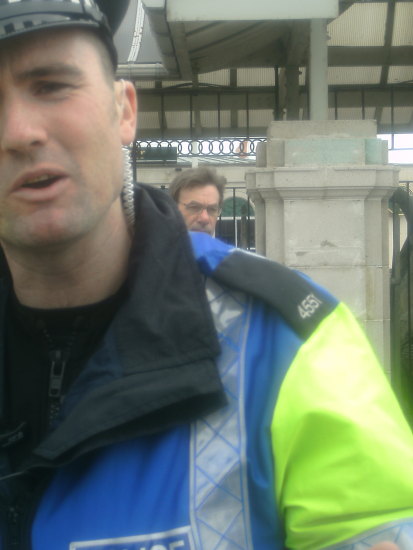 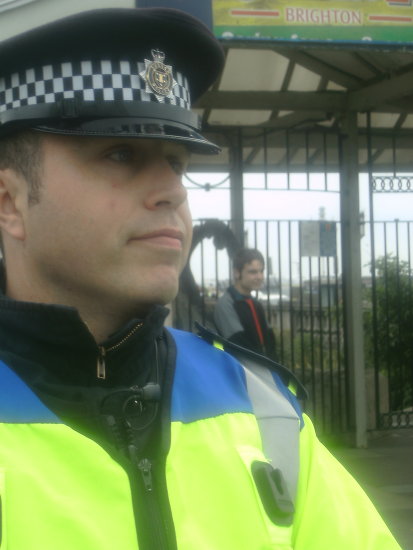 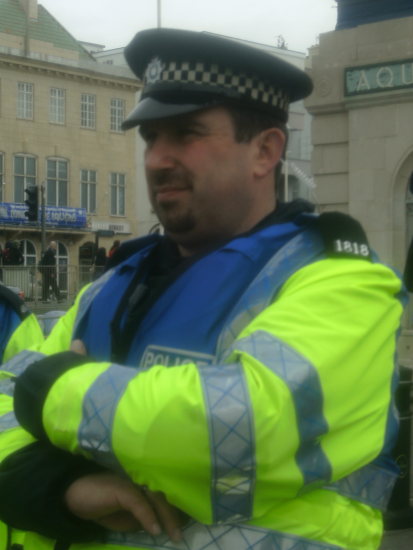 A brilliantly dynamic, militant and united attitude was present throughout the day. Running the streets, developing new routes to out wit the cops and constantly challenging the cops “right” to suppress the people. The day was an expression of our freedom to take to our streets and not to negotiate with the police who only use negotiation against us.

The police seemed to be on the back foot after the G20 and there were simply out numbered at some points. There were many local youths that joined the march and the mix of people made for an exciting day filled with solidarity.

However, I feel I must object to a minority of protesters that felt happy to lob missiles at the horses. This was not in self-defence as this minority were way back in the crowd not up with the confrontation at the front and in any case the horses were standing still. Horses are not voluntarily members of the police and attacking them is the equivalent of attacking other protesters with bottles because they are being forced to block you by the cops.

It was only a minority of activists attacking horses and people at the front of the crowd, taking the violence of the police, seemed to have a different attitude. As the main banners were moved to block the cops standing at McDonalds there were calls for everyone to mind the horses and the banner bloc was only directed at cops.

All in all a good, powerful, militant, inclusive day but we must deal with those that don't show respect for animals because that kind of attitude should be the reserve of the police not us.