This article is about human rights abuses and the systemic failure of the government (including the PCMC) to act on severe school bullying, education discrimination and judicial abuse and corruption. 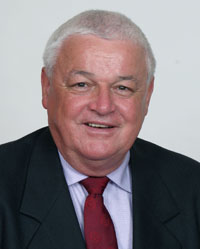 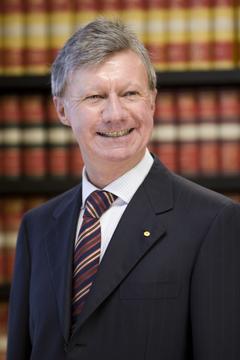 As I have reported previously my teenage son is a victim of severe school bullying, education discrimination and neglect. He was further discriminated against by the highly politicised legal system which denied him legal youth advocacy on equal terms as per the Rights of The Child and the International Covenant on Civil and Political Rights (1976) out of political expediency.

Then we were abused and intimidated in harrowing Kangaroo courts by politically appointed judges in trials without a jury. My son was deeply traumatised by the abuse we suffered in the courtroom. But nobody cared!

The Kangaroo Courts I am referring to are the Queensland Anti Discrimination Tribunal and the Queensland Supreme Court. My son was also denied access to the Federal Court of Australia’s pro bono legal scheme, and I was forced to legally represent him there against an adversarial alibi Human Rights and Equal Opportunity Commission (hreoNOT!) and the Queensland Juvenile Justice Department.

I have repeatedly complained in my articles about the unethical and unprincipled conduct of the Queensland government and this includes the PCMC. However Australians are largely unaware about our ongoing ordeal because the media is not independent in Australia. It has not reported the human rights abuses perpetrated against my teenage son and me. Nor the continued failure of government to act responsibly and demonstrate accountability and humanity.

I have explained in my articles how my documented and corroborated complaints about judicial corruption to the Crime and Misconduct Commission were simply swept under the carpet by CMC chairman, Robert Needham.

I then complained to the oversight body, the Parliamentary Crime and Misconduct Committee (PCMC) about the failure of the CMC to investigate my complaint as per its own charter of services. But my complaint was again swept under the carpet.
The government simply used its majority on the PCMC to refuse to table my complaint in Parliament in order to avoid the Labor government any embarrassment.

As I reported previously our court room audio tapes and transcripts were repeatedly severely edited in order to pervert the course of justice. All my complaints to Queensland Chief Judge Paul de Jersey, the Justice Department and countless other government agencies and politicised NGOs were ignored.

Editing courtroom audio tapes or transcripts is a serious criminal offence punishable with up to 5 years in jail, but the Queensland Police refused to investigate my complaint.

Ray Halligan, the chairman of Western Australia's version of the PCMC has described as "totally and utterly wrong" the Queensland system that allows party politics to throw out complaints concerning official misconduct.

He said a legislative framework that allowed decisions on complaints concerning official misconduct and corruption to be made on a political basis was "totally and utterly wrong".

"I would have very grave concerns about that," said Mr Halligan, a Liberal member of the upper house, the Legislative Council.

"I don't agree with that at all. The committee (in WA) doesn't withhold anything.

Who's watching corruption at anti-corruption watchdogs?

When will the Queensland government stop covering up my documented and corroborated complaint? And how many more articles will I have to write to prompt a long overdue independent and impartial inquiry into this travesty? And why is the Australian media so unethical and inhumane?

Something is very wrong when families have to turn to the international media because human rights abuses and systemic judicial corruption is continually swept under the carpet by government and it’s so called ‘independent’ watchdogs. Australia’s 3rd world press freedom does not serve the people and long overdue direct democracy.

But we do thank the international press including Mathaba News Agency, Wall Street Journal, Daylife, USA Today, Newstin and many others for reporting our ongoing ordeal and the human rights abuses perpetrated against us.

Justice delayed is justice denied and we have been caught up in this galling, incredibly harrowing and abusive legal system since 2003. And the government has tried to destroy us every step of the way.

The following is a partial list of my articles highlighting this ongoing outrage. I feel that is way too many articles for any ‘responsible’ and ’accountable’ government to ignore. Don’t you?

Breakdown of the rule of law