Note: this is a repeat of the programme originally broadcasted on Thursday 7th of May. 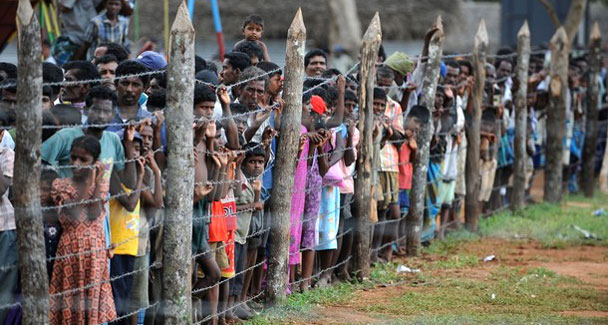 Are we getting the full story? According to reporters without borders, the Sri Lankan state has one of the most restricted levels of press freedom in the world.The press are denied access to the conflict zone and only "select" journalist are given escorted access to the camps in which thousands of civilians are being held indefinitely. With few other sources regarding information on the ground, the main stream media is often reporting Government propaganda.

For the past sixty years the Tamil people have struggled for equality against the Sinhalese government of Sri Lanka.

The means of suppressing Tamil people ranged from discriminatory laws to pogroms, tortures, abductions and killings of Tamil civilians, political leaders and journalists.

In the latest offensive to crush Liberation Tigers of Tamil Eelam, a militant organization formed in the seventies to fight for independent Tamil Eelam state, the Sri Lankan armed forces have killed thousands of Tamil civilians, while having hundreds of thousands trapped in a war zone. The government tactics include use of chemical weapons, cluster bombs, bombings of schools and hospitals and herding Tamil civilians into what disturbingly resembles concentration camps.

Creditable reports are starting to emerge indicating murder, rape and starvation are occuring within the camps.

This programme looks at the history and the current events in Sri Lanka from a Tamil perspective and features interviews with members of Tamil community who have held an ongoing protest at Westminster since 6th of April.

Please tune in or listen online.