On the day Sri Lanka government forces claim victory over the LTTE (Tamil Tigers of Tamil Eelam), Tamils gather outside the US embassy in London to call on the Americans to intervene in the Humanitarian disaster now unfolding on the Island. 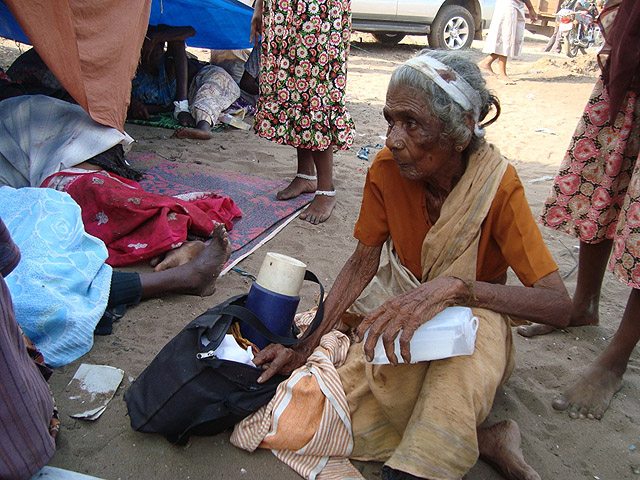 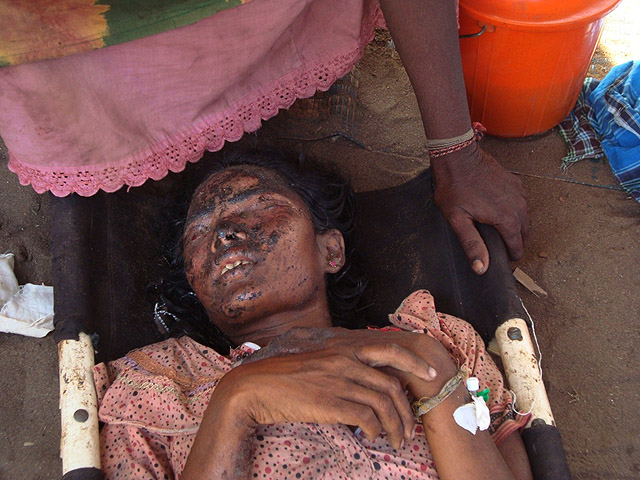 Body of a woman in Displacement Camp. 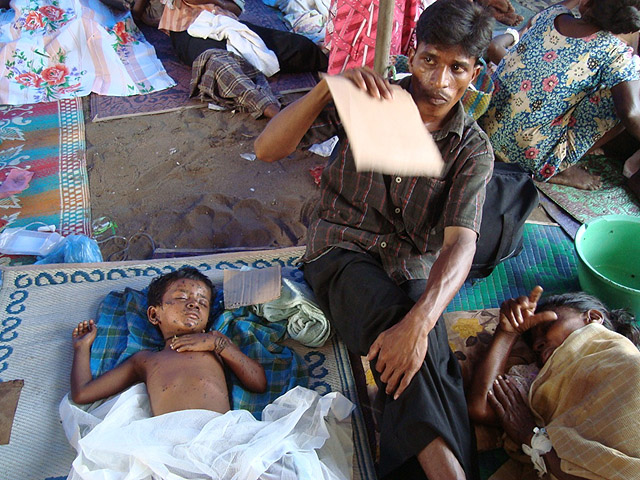 A man and injured child. 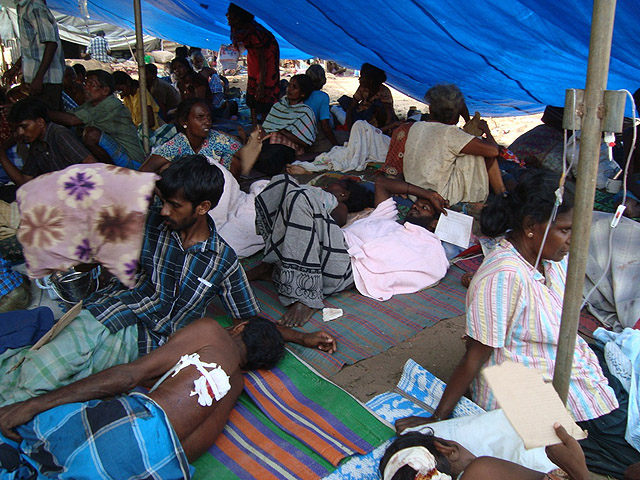 The wounded in makeshift tents. 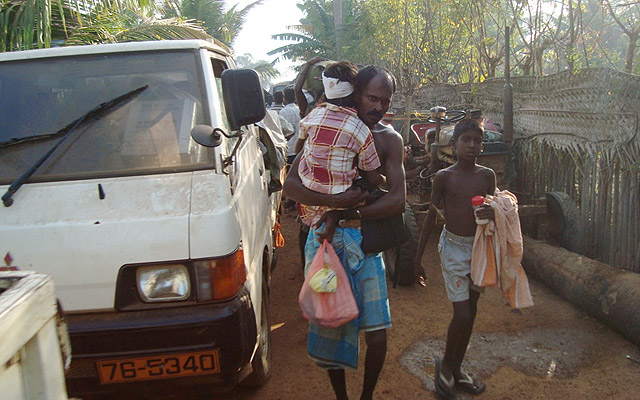 Fleeing hospital after it is shelled. 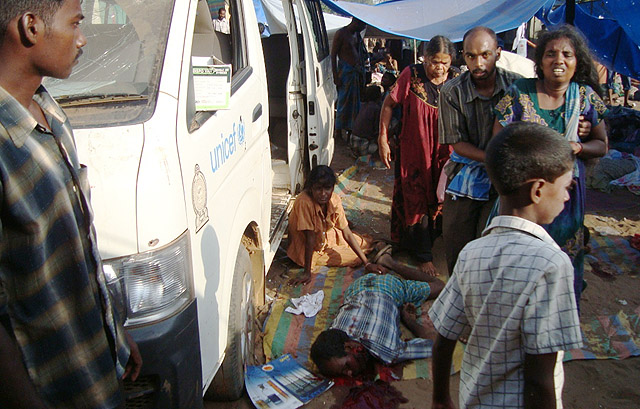 A man lies dead after being shelled. 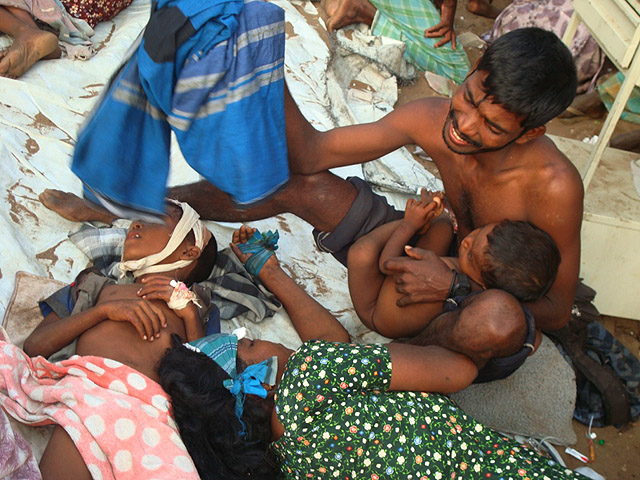 Children lay on the ground. 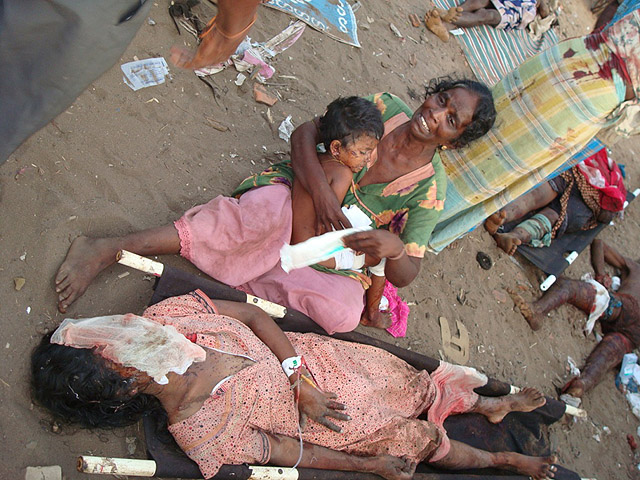 A woman tends a child next to a body. 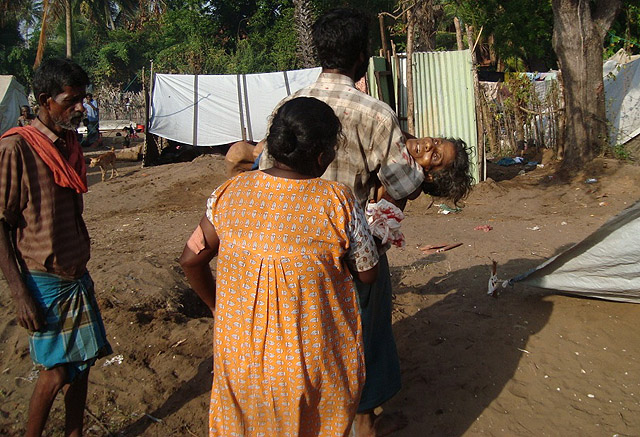 A body is carried without a stretcher.

On the day Sri Lanka government forces claim victory over the LTTE (Tamil Tigers of Tamil Eelam), Tamils gather outside the US embassy in London to call on the Americans to intervene in the Humanitarian disaster now unfolding on the Island.

Reports are now filtering out that civilians are now in desparate need of medicine, food, shelter and protection and are in chronic need of International support. Medical and clinical staff are claiming that large numbers of people who have attended makeshift hospitals have injuries that have not been treated for up to 24 hours.

Many clinical and medical staff have been unable to attend to the injured as ther own quarters have been fired upon. Reports are now also surfacing that doctors in the region are unable to treat the injured and a number have not been seen for days.

Tamils remain in Parliament Square in order to keep up their protests to demand international support for the placing of International observers on the ground especially in Vanni, a region which has seen heavy casualties for weeks and which the Sri Lankan government have refused to allow access to international media.

The following images were taken in Vanni between 10th and 12th may 2009.