Planning meeting to setup the local chapter of the national campaign against the deportation of 12 Pakistani students arrested under terror laws. Failing to present any incriminating evidence against them the government has decided to deport them. 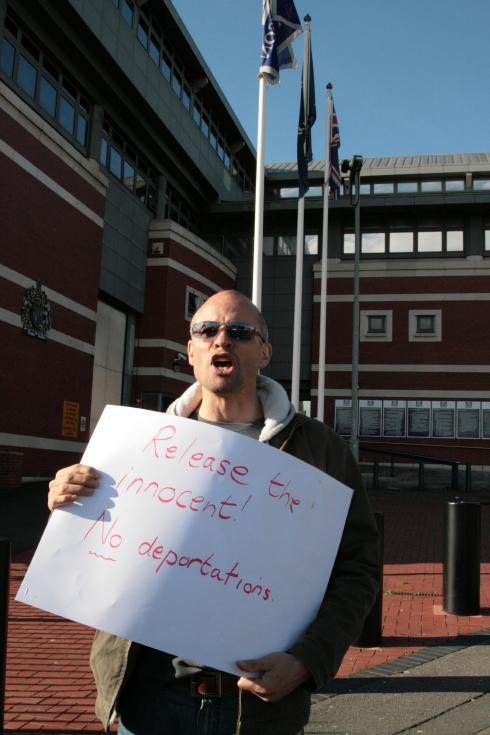 As you are aware last month some 12 Pakistani students were arrested under anti-terror laws. Various ministers including the Prime Minister stated how a very serious terror plot was foiled as a result of these arrests. Since then no evidence was found of any terror plot and the students were released without charge. Instead of offering an apology, the students were re-arrested for deportation and are held in various category prisons including some in Strangeways Manchester, others in Belmarsh.

We need to ensure that we confront this injustice and ensure students are released and allowed to continue their studies in this country.

To this end a national campaign was launched last weekend in Manchester where most of the students were arrested form. Members of the families spoke to the campaign meeting and urged that their sons be released from prison and allowed to complete their education.

We have organised a Planning meeting for the 20th May 7.30 pm at Carrs Lane for details see the link below.

Please ensure as many people attend to help stop the deportations. Ensure your community, political, or work organisations and trade unions are represented in the planning of the campaign.

Justice for the North West Ten