Over 200 people protested at the London, Burmese Embassy on Monday 18th May as part of a global day of action. Some of the Burmese are continuing a 24 hour fast outside the embassy, which will be concluded with a demonstration between 12:00 and 1pm on Tuesday 19th May. 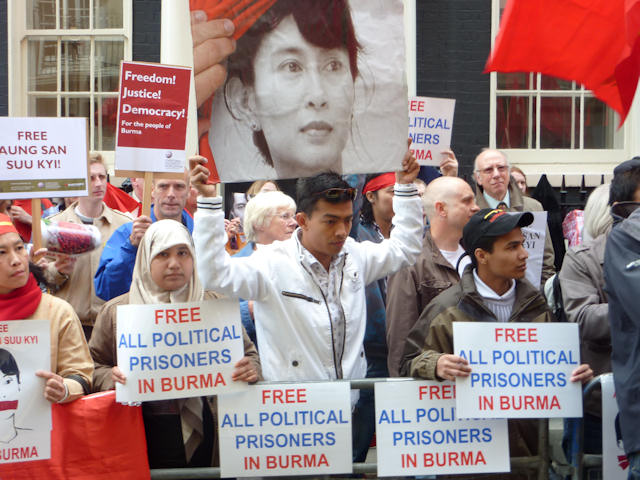 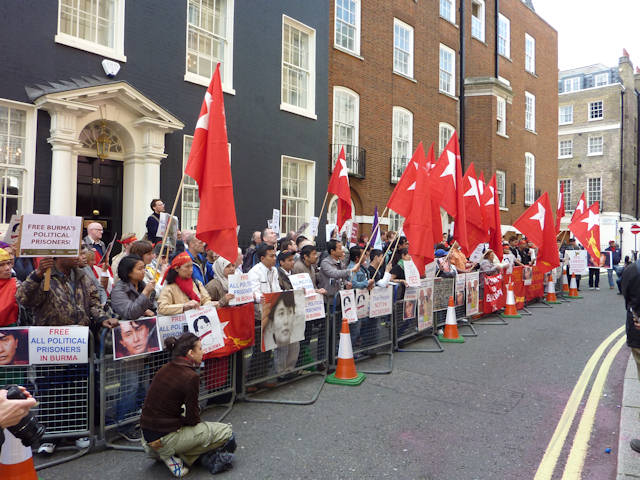 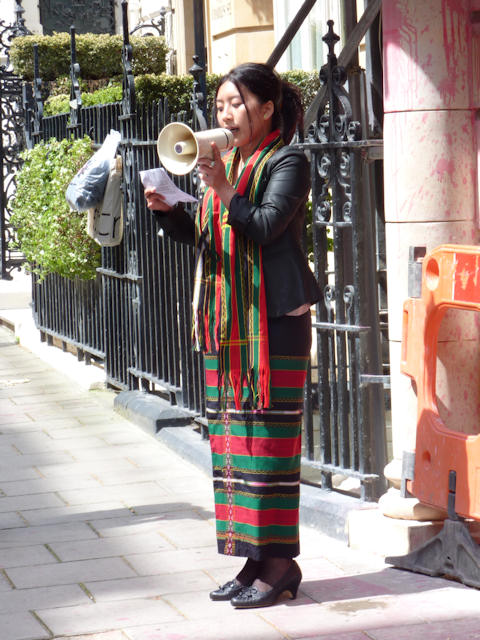 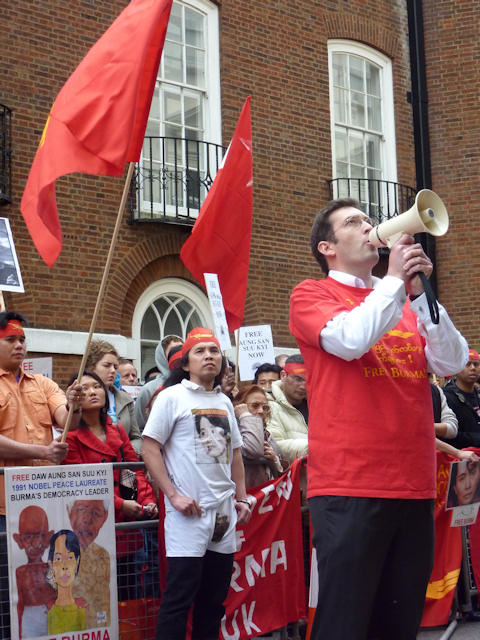 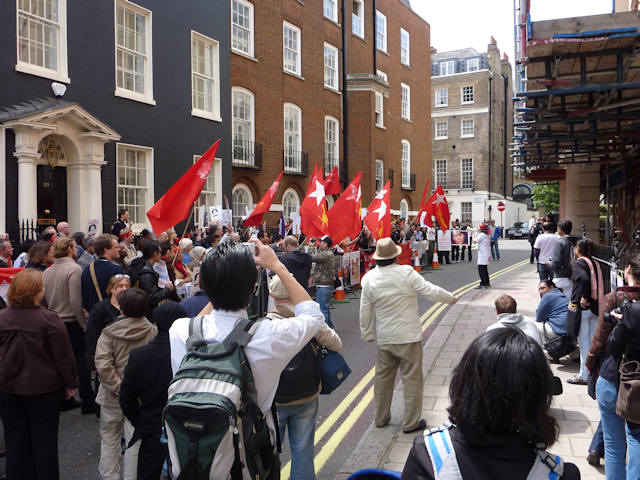 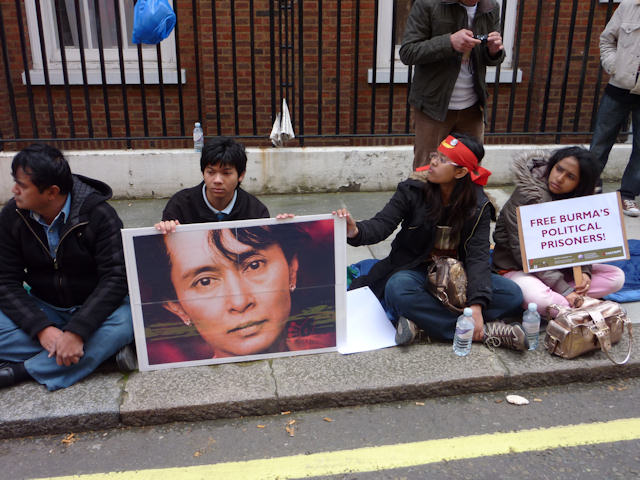 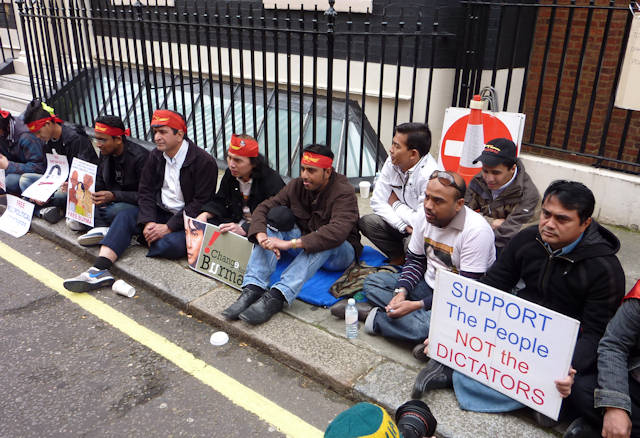 Please go to this page where you can email the UN Secretary General, Ban Ki-Moon and ASEAN leaders to urge them to send envoys immediately.

Aung San Suu Kyi has been under detention for 13 of the last 18 years, but the junta has been desperate to keep her detained ahead of the sham 2010 elections in which she is already barred from standing. The UN had already declared her detention illegal under both international and Burma's law. Her most recent detention of 6 years was due to end May 27th, but the dictatorship is so afraid of her they are using the ridiculous excuse of an unwanted intruder in her house to make new charges against her.

Aung San Suu Kyi's National League for Democracy party won 82% of the vote in the 1990 elections, but the corrupt generals did not honour the result of their own election. As they have no honour, it comes as no surprise that they will use any pathetic excuse to keep her detained. In 2008 they already extended her detention by a another year, hinting before an ASEAN meeting of her release but explaining after the ASEAN meeting that there had been a "misunderstanding".

Aung San Suu Kyi faces trial at the notorious Insein prison, but it is the UN, ASEAN and world leaders that will be on trial. Words are not enough, they must take real actions to ensure that Aung San Suu Kyi is released.

This year ASEAN hailed the creation of a regional human rights body as a historic first step toward confronting abuses in the region. ASEAN should get to work helping to free Nobel Peace prize winning Aung San Suu Kyi and more than 2100 fellow political prisoners in Burma.

The Burmese are holding a daily protest at the Embassy whilst Aung San Suu Kyi's show trial continues.