"Food for the Future" skillshare session at the Sumac centre 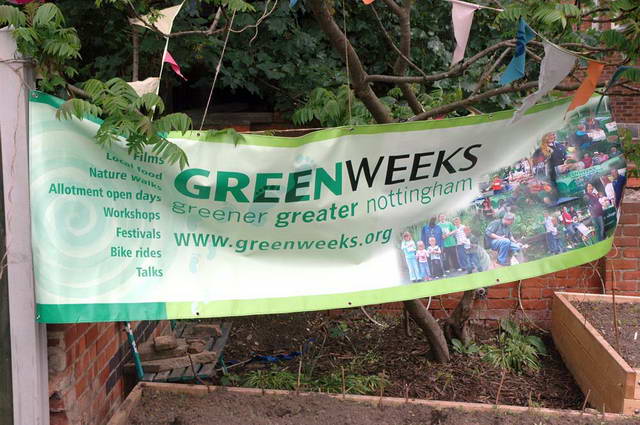 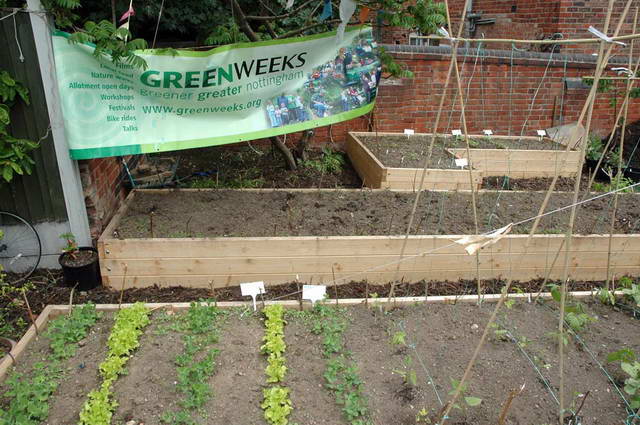 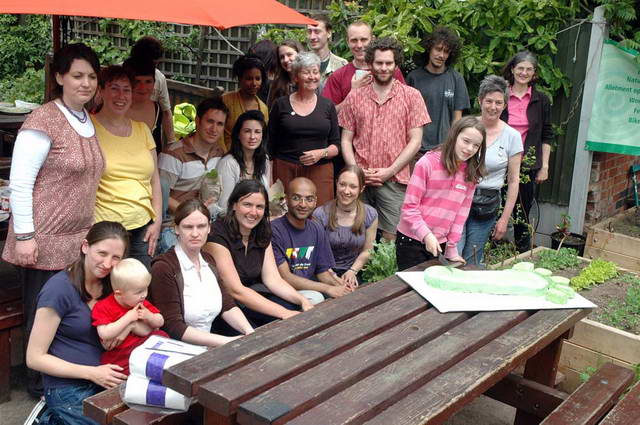 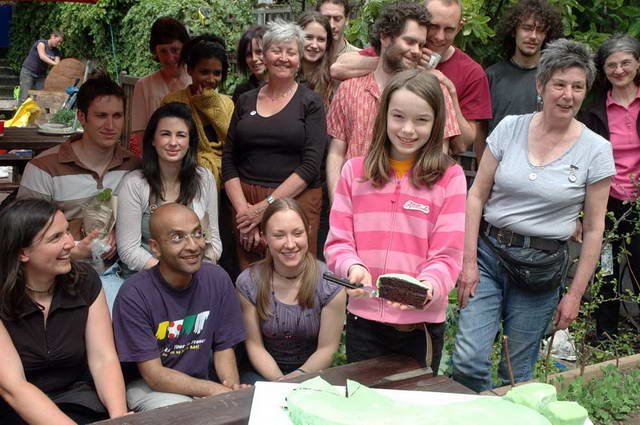 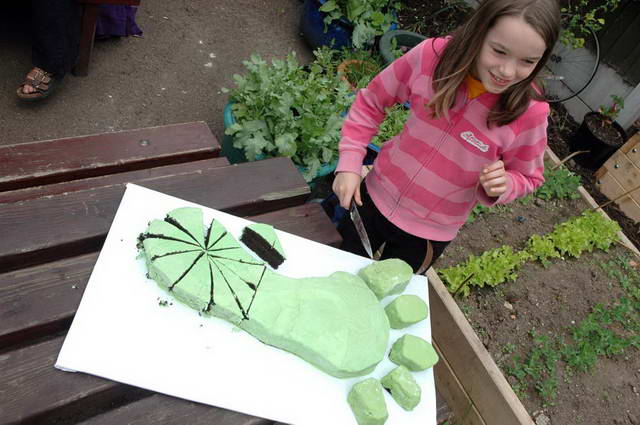 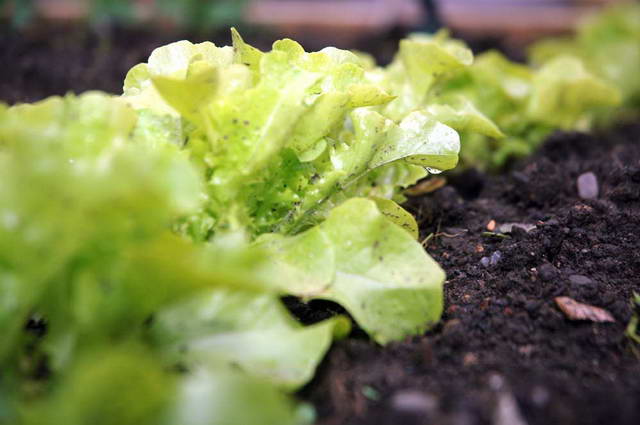 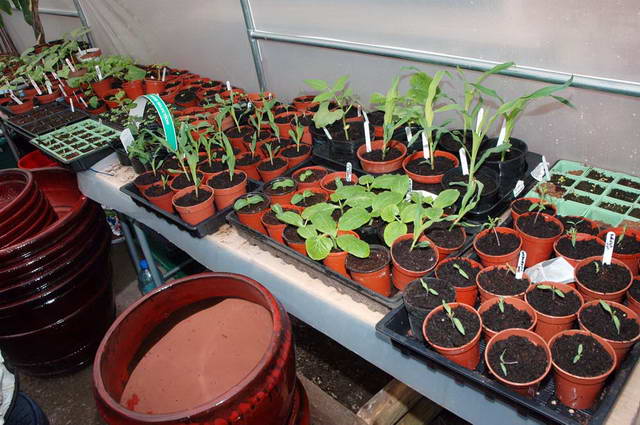 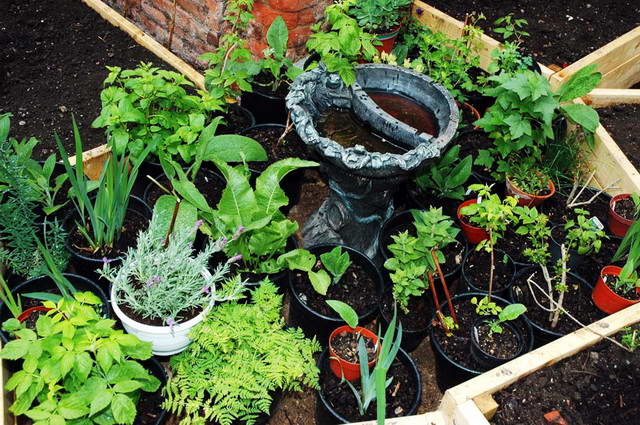 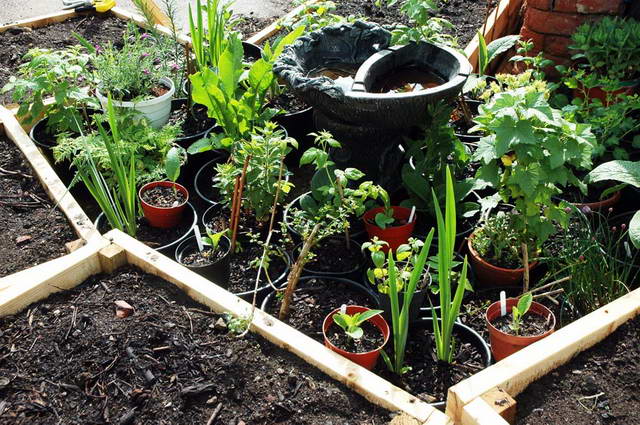 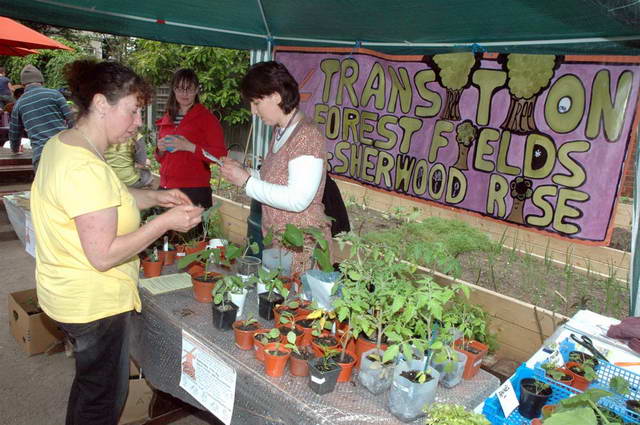 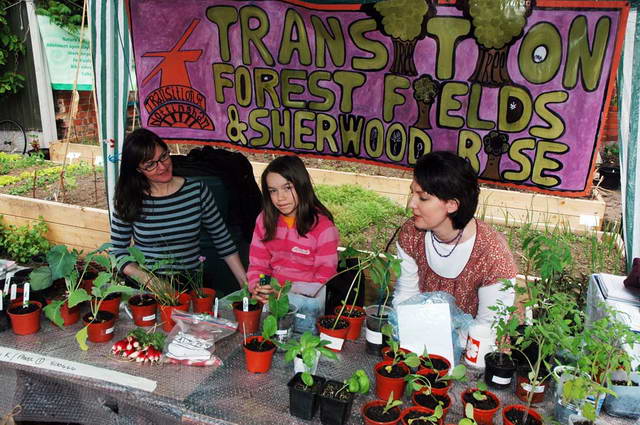 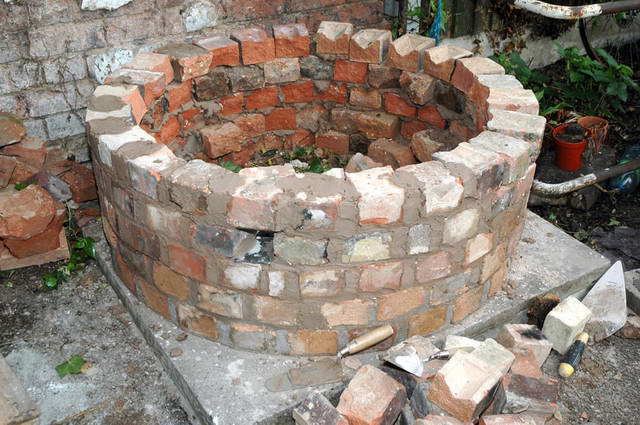 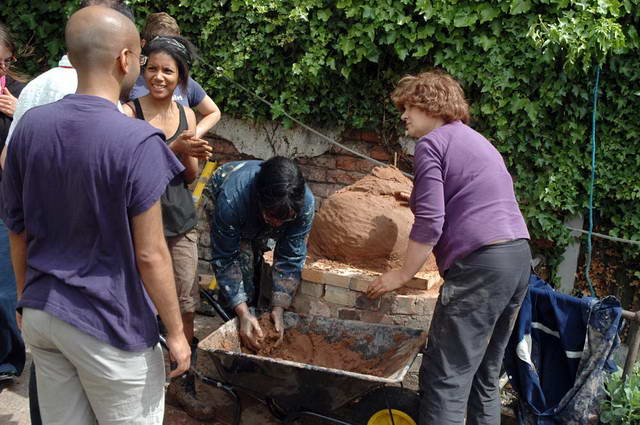 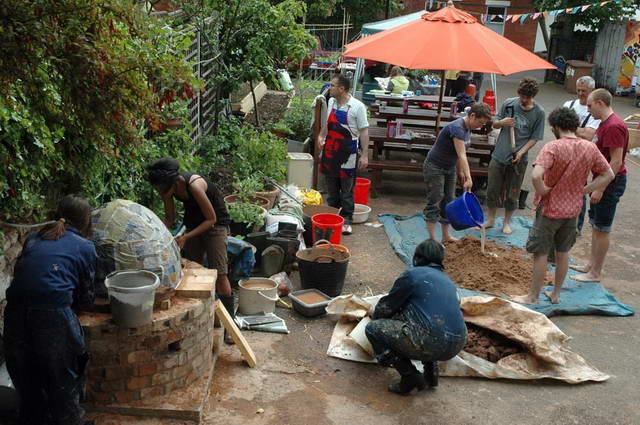 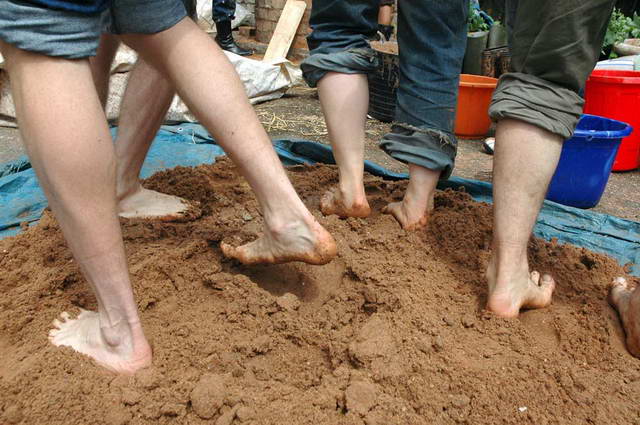 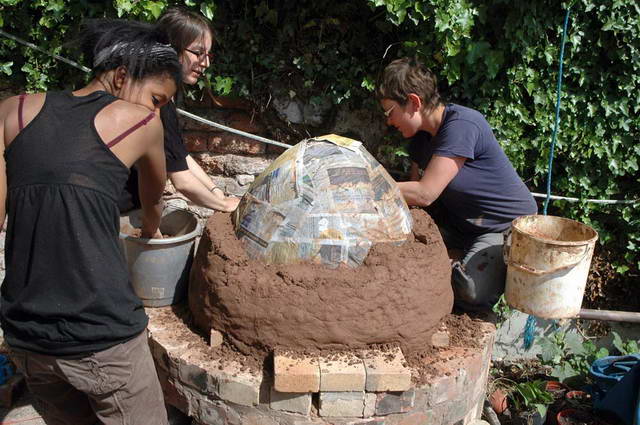 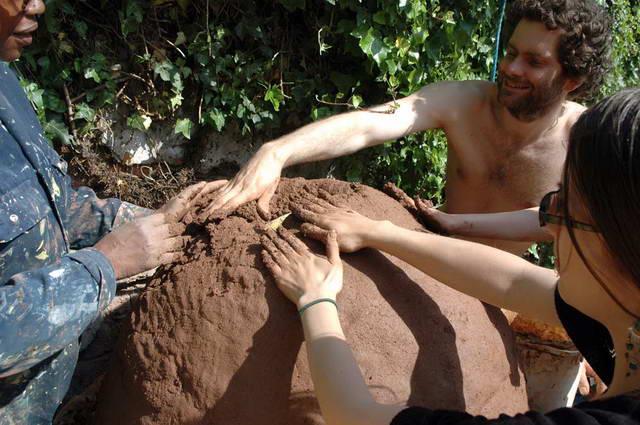 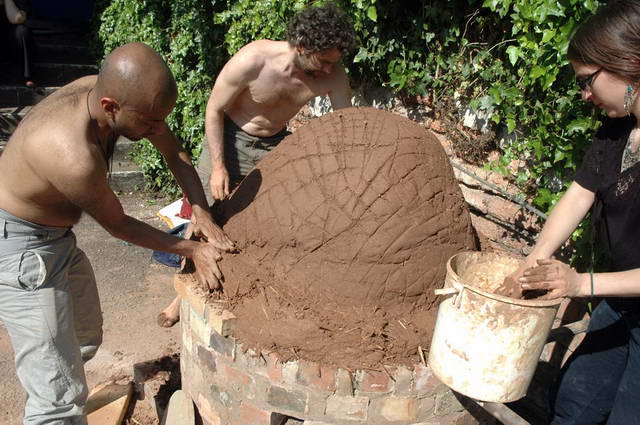 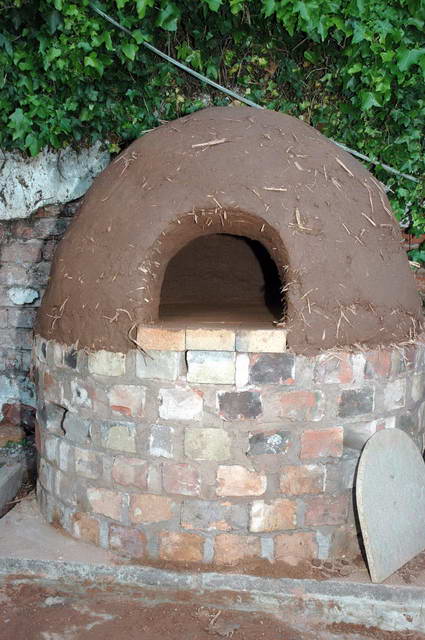 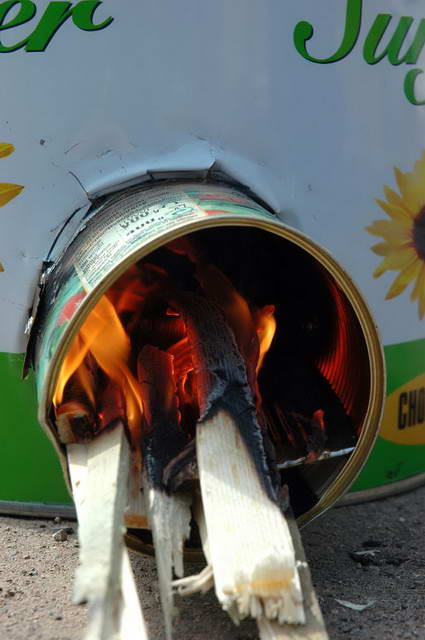 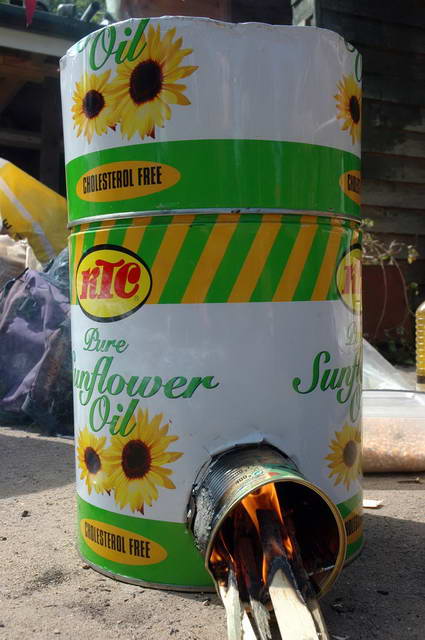 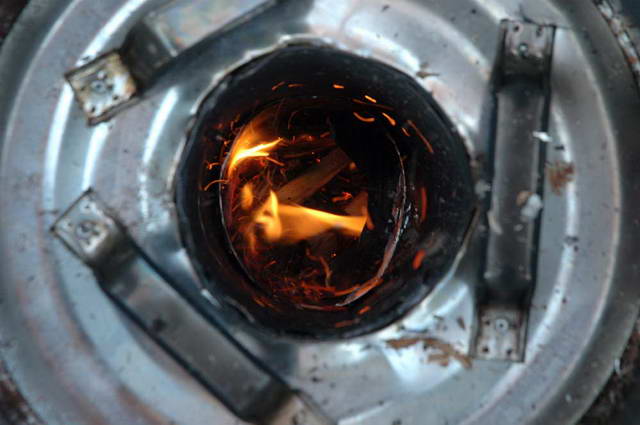 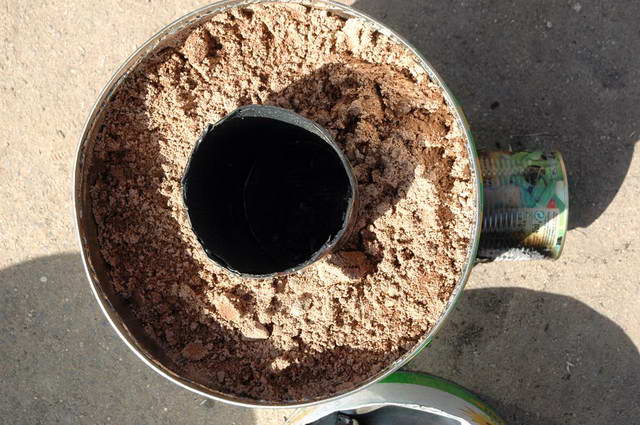 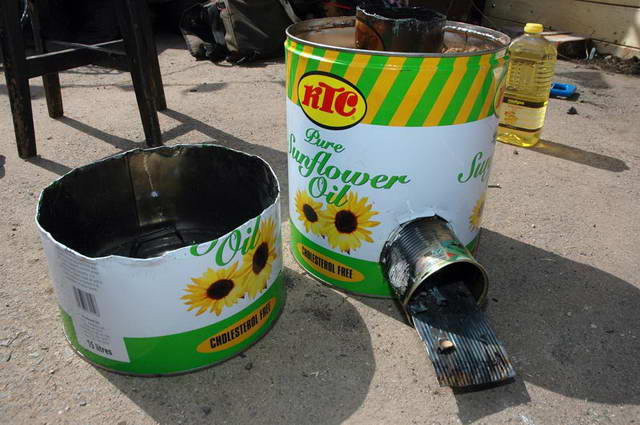 Folks have been beavering away in the Sumac Yard Garden. Look out for Greenweeks and Transition events in the coming weeks.

In addition to the gardening, there was much labour put into building a 'Cob Oven'. This is the subject of a later posting, so I'll go into its construction a little later.

The yard has been much improved, with some of the asphalt being dug up. Wooden 'trough boxes' built. Many, many pots and seeds planted in the poly greenhouse.

So, as spring has officially arrived the yard now looks particularly green and generally verdant.

Folk were also building a 'Rocket Stove', on this occasion, especially to make popcorn. Together with foil 'solar ovens', an object to indicate energy efficiency.

How about getting involved?

With this in mind there was a "Food for the Future" skillshare session was held on Saturday 23rd May 2009 at the Sumac centre, 245 Gladstone St, NG7 6HX

"Food for the Future" showed people how we can reduce our impact on the planet by growing our own. After all, the food we eat can be one of the most carbon-expensive parts of our everyday life.

For future involvement, you can get more info by contacting the skillshare at:

This was the listing of what went on.

9am- 10pm Sumac breakfast 'old school': return of the famous vegan fry-up. Donations of about £2.50.
10 – 5pm: Cob oven building: Help to make a clay oven from locally sourced materials to bake bread pizas and more! Be ready to get messy and creative!
11 – 4pm: Seed swop: bring and take seeds and seedlings to make your gardens beautiful and productive.
10 – 12.30: Middle East Cuisine: learn how to cook flavoursome dishes from native chefs. Numbers limited so turn up early to avoid disappointment.
10 – 12.30: Propagating your own plants: Learn how to grow useful plants from seed or cuttings, and take some away!

12.30 – 1.30pm: Lunch: delicious vegan meal for donations
1.30 – 3.15: Tomorrow's Lunch. Eating is a pretty important issue for humans. Where does our food come from? Are we going to be able to feed ourselves after peak oil and climate change? Join lively discussions around this topic.
3.15 – 6.15: Exploring the urban jungle, guerilla gardening and foraging walk.
3.15 – 6.15 Container growing: Most of us don't have massive gardens or allotments, so come and be amazed at what you can grow around your home.
3.15 – 6.15: Secret tips for vegan cooking: Want to learn how to cook amazing food that will lower your carbon footprint and impress your mates? Come along and learn from infamous vegan chef Ronny.

In preparation for all this check out last weeks posting at .......