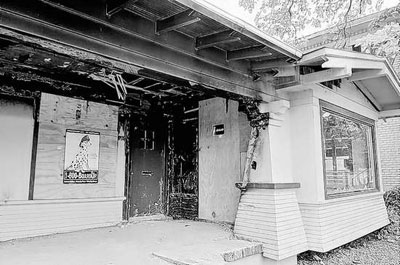 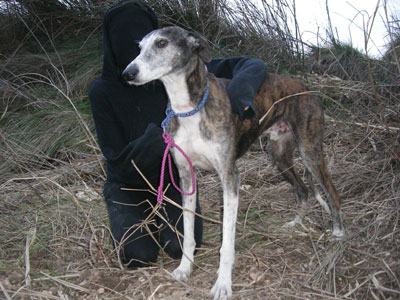 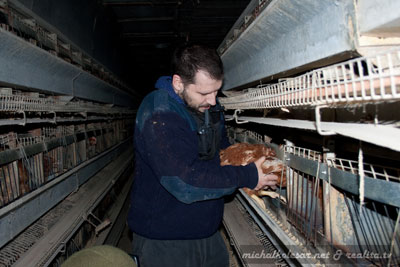 "In the early morning hours of May 18th, four incendiary devices were planted at Scientific Resources International, a supplier of non-humyn primates for use in vivisection labs all over northern Nevada. The concept of animals existing as 'resources' is utterly despicable, and we vow to do all in our power to run businesses like these into the ground.

*Local media reported that the fire caused $300,000 in damages to the offices of Scientific Resources International.

"At 5:30 in the morning on May 26 the terrorist cell of the f.l.a./c.v.p. [conspiración por venganza / conspiracy for revenge] took to the streets of the Coyoacán borough of Mexico City. The place of our attack was an expo of animal skins called exibipiel. The place was studied so that nothing could go wrong before the moment arrived. We arrived with much courage and conviction and we placed the device inside the expo facilities. After leaving the device there it was not long before fire began to consume the exibipiel tent; for that reason we did not take our time leaving. We ran with great joy and satisfaction over this action and while we were outside the place we watched as the fire continued consuming the facility. Later we realized that a large part of the facility was undamaged by this c.p.v. terror attack. But we are not discouraged because we know that this attack was a warning to them. The damned speciesists have realized who started the fire that damaged their facility. So now they will feel the threat and the courage of a force that is just under the surface. At any moment we will return to action, as long as the speciesists continue exploiting animals we will continue to attack them, but this does not compare with the pain and suffering felt by the animals as they are skinned. For this was a bit of canvas and some posts but the next time will be the whole facility that enriches the speciesists at the expense of the pain of others

We will not stop the attacks

LONG LIVE THE FIRE THAT LIBERATES!

WE SEND AN ETERNAL GREETING TO OUR COMPAÑERO FROM CHILE, MAURICIO MORALES*

COMPAÑERO FALLEN IN ACTION, WE DEDICATE THIS ACTION IN YOUR NAME

AND A CORDIAL GREETING AND A HUG TO THE CELLS OF THE F.L.A. IN GUADALAJARA

NOBODY WILL BE ABLE TO STOP OUR REBEL HEART, THOUGH THEY LOCK US UP, TORTURE US, OR KILL US, THE FIGHT WILL CONTINUE JUST BELOW THE SURFACE"

*Chilean anarchist Mauricio Morales was killed May 22 in Santiago when a bomb he was carrying exploded prematurely.

PAYBACK TIME FOR THE ANIMALS INSIDE HLS (Germany)

This night we placed incendiary devices under 2 expensive cars locked behind the gate of Ulrich Lehner.

We will only give you two warnings Ulrich, the third time that we will pay a visit someone will get hurt.
Make Novartis drop Huntingdon Life Sciences or you wished you would have made that decision earlier.

Further information on this murderer:
Since 2002 he is part of the Board of Directors of Novartis AG Switzerland. He is Vice Chairman and Lead Director as well as Chairman of the Audit and Compliance Committee. He is also a member of the Chairman’s Committee, the Compensation Committee, and the Corporate Governance and Nomination Committee. The Board has appointed him as Audit Committee Financial Expert. He qualifies as an independent Non-Executive Director.

*Special note*
We are happy to see the increasing attacks on HLS targets around the world by the Militant Forces against Huntingdon Life Sciences, the ALF and other individuals. It is our duty to take down the murdering scum who are responsible for the killing inside HLS.

You can expect the MFAH on your doorstep if YOU have links with HLS.
Novartis, DROP HUNTINGDON LIFE SCIENCES OR BE PREPARED!

"After years of sexual assaults, the dog Abbe has been removed from the rapist Stefan Jorheim in Hassleholm (Sweden). Stefan is part of a secret network in Sweden that uses animals for their sexual desires.
After years of protests from the public bestiality is still legal in Sweden. The politicans promises are just empty words.
Those of us that rescued Abbe are just normal people that have had enough. We have surveyed these people and Stefan is our first visit but won't be the last. The dog named Abbe is now getting veterinary treatment and then will be placed in a new, caring and loving home.

Click here for more information about the campaign to ban the sexual abuse of animals in Sweden;

"On May 25, 2009 in Victorville, California we smashed a butcher shop window and all of the freezer doors inside. We glued every single lock we could find in that miserable place. I also destroyed the security cameras around the perimeter of the butcher shop. My partner rescued a dog that was chained to a pole outside of the butcher shop in the alley. We slit holes into the meat packaging to encourage bacteria growth on the meat."

"A few years ago, in England, two activists were talking to someone from the United States regarding the case of the SHAC 7. They had been condemned simply for opposing vivisection and animal exploitation. They were not charged with any concrete offense. This is a story that repeats itself in other countries.

At the time we commented to that person that we wanted to dedicate an action to Jake Conroy. We had heard about his determination in promoting veganism and animal liberation. A long time has passed and we still have not dedicated an action. At times we have focused on new prisoners because for them the beginning can be the hardest. However that does not mean that we have forgetten those who have been inside for a long time.

On May 20 we, the two activists, rescued a greyhound in the village of Granada who was used for hunting. The conditions in which he was kept do not deserve to be commented on. The dog is already five years old and to his 'owner' he was already starting to get old. The veterinarian said that he had not seen a dog in such a poor condition in a long time.

Capo, the dog, is now in a happy family. We had thought that he would fear humans and in the beginning he did. But with time he has seen that we do not want to harm him, we have earned his confidence. He is a very affectionate dog, he will not be separated from his new family. In his new home he lives with two other dogs, the three have been best friends since the beginning.

Without a doubt the protagonist of this story is Capo. He has gone from a horrible life in which he was used as a tool for hunting to a life of happiness. But we dedicate our part to Jake Conroy, to all that he has sacrificed and to his fight for a world of equality and freedom, without speciesist prejudice.

Jake, you will return to the street very soon. We want you to know that although we have not written, we have not forgotten you, just as we have not forgetten Josh, Lauren, Kevin, Darius, or those from the UK."

"Maybe Geri Brouwers has been reading the news, or maybe he was told of the visit to his employee earlier in the week. Whichever, when we got to his house, we found that two of his three cars were no longer on his drive, but suspiciously hidden in the garage...
It's nice to know that our reputation preceeds us, but we now had too many petrol bombs! In return we blew up the car that was there (you might as well give up trying to sell it, we don't think it's worth much now) and set fire to the tidy front hedge that blocks your drive from the road. That can serve as a lasting reminder.
Don't think you can escape by hiding you fucking dirt bastard, this ends on our terms!

"Warnings painted, windows broken, paint chaotically spilled, glass ruined with acid, threatening messages and other actions were carried out during the past year and this year, 2009, against the house and the property of someone who rents out roosters for cockfighting in Mexico State. This bastard exploiter had smiled counting the damned money extracted from the extreme suffering, humiliation and the death of animals; this speciesist filth had no idea he was in the sights of the ALF. When one morning he found that his property had been fucked up he thought he was just a victim of senseless vandalism, but it was not so, the sabotages against his property intensified and did not stop.

One average day, he received a little message left outside his house, which said that if he did not stop subjecting animals to such absurd exploitation, the FLA would respond with fire. Not even a month later he was adding up all that he had lost and what else he would lose if he continued with his business of destroying sentient beings, so he decided to end his trafficking and renting of animals; now the sign that we covered so often with paint that read fighting cocks for rent and a phone number, now can no longer be seen; the more than 20 cages which imprisoned the roosters with beautiful red and silvery blue plumage who were admired from outside the house, are empty.

Once again we have demonstrated that direct action by means of economic sabotage works and that it is a good option for many imprisoned animals; once again we have closed one of the many centers of animal extermination with imagination, rage, and words converted into action against human anthropocentrism.

Joy filled us when we learned that we had ended what seemed to have no conclusion, human exploitation of animals; so to celebrate this victory we took to the streets to sabotage another destroyer of the earth and its inhabitants. 17 telephones of the Telmex company were sabotaged and likewise a truck with misleading propaganda that now pervades the Mexican streets was stoned.

We know a lot of things about those who abuse animals, the time they get to work, their parking spaces, what days they leave their homes alone, their hobbies, the models of cars that they drive; we are just behind you, your businesses of exploitation and extermination can be attacked by shadows that disappear into the darkness without leaving any trace ...

Who said that small sabotages do not change anything?

"Some traps were disabled permanently yesterday by anti hunt activists in the South West. Poison traps were trashed and sadly we were too late for one poor bird which was left to rot in a Larsen trap near some pheasant pens.

"IN THE NIGHT OF THE 7th OF MAY 2 WINDOWS AT TIM GIESECKE'S FURSHOP (HOHENZOLLERN DAMM 88, 14199 BERLIN, GERMANY) WERE ETCHED. FUR IS MURDER AND WE WILL NOT WAIT FOR SOME LAW TO COME THAT WILL BAN THE FUR TRADE. THE ANIMALS DIE RIGHT NOW AND WE WILL ACT RIGHT NOW