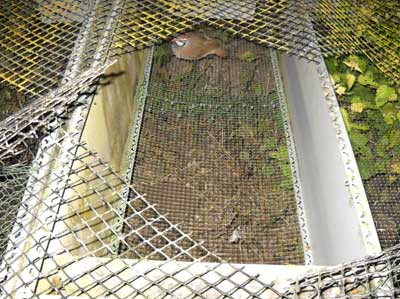 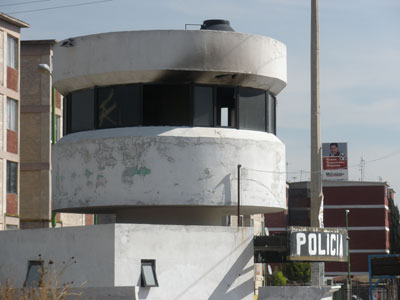 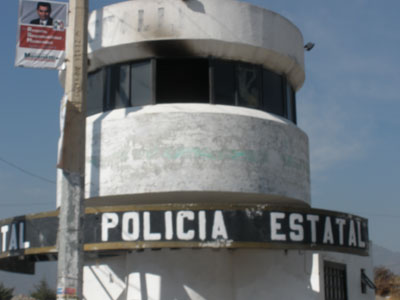 The raising of thousands of birds to be killed (pheasants, geese, ducks, partridges) in Gaillon (Yvelines, France) was the ALF's target.

After cutting the fence to enter the property of the breeder, we discovered thousands of tiny cages and an big incubator for thousands of baby partridges.

Result:
- 10 cars belonging to the farmer and a lorry to transport animals to slaughter (separated and far away from the animals) have been BURNT.
- ALF SIGNED on the wall.
- dozens of prisoner partridges and crows FREED. Wire destroyed.
- several traps: one jailed rat FREED. Traps destroyed .

The breeder has lost several hundred thousand euros and his activity is weakened.

Recently we received news which was painful for the entire insurrectional movement; our compañero Mauricio Morales had died from the explosion of a bomb he had been carrying in his backpack. With determination and conviction he had decided to use it in opposition to the social order of the powerful who govern Chile, he decided to take a step forward in order to shout one more time that social war is inevitable, he took in his own hands the vengeance that we in Mexico have not demanded from all those people who punish with their whip-- no more, no less-- those who have decided to fight a war to the death every day against the present state of things. Many have said compañero Mauricio died in combat, as an anarchist warrior loyal to the idea of the destruction of the established order. In his backpack he carried his heart, in his heart he carried rage and he had turned that rage into action that night which is what most frightens the ideological apparatus of the state, he turned it into insurrectional violence.

This incident is one of the things that went through our heads before carrying out our action. We have realized that it is time to begin spreading the offensive against the state, to begin to expropriate the weapons of our executioners to use against them, to agitate the masses in demonstrations controlled by riot police, to throw mototov cocktails at police stations, to secretly and daily conspire, to detonate bombs at the icons of the capitalist-speciesist-patriarchal system, to coordinate decentralized actions in an informal way and to focus ourselves on the quality and the quantity of our economic sabotage; it is time for everything to explode; we will happily dance on the dead body of this system which is becoming more and more agonizing and degrading; the streets will be illuminated by the abolitionist fire; the love we feel for the world is no longer just an incendiary dream.

In this spirit, we claim the arson attack inside a state police post in the town of Coacalco in Mexico State. Our courage brought us to climb the walls of the post, to enter through a window on the second floor, when realizing that there was no one inside and that the torturers were preparing to begin using the post, we decided to set fire to their chairs, couches, police uniforms, radios, work tools, and a cot among other things and to leave anarchist graffiti against these underhanded bastards, about the destruction of the planet and animals, both human and nonhuman; because while they protect the state and its putrid institutions this is happening on the planet that we inhabit, the expansion of civilization and the industrial technological system, leaving the forests, prairies, rivers and lakes desolate. They are slowly lost little by little due to human thoughtlessness and anthropocentric attitudes. And we will not let that happen any longer:

War against the capitalist system, destroyer of the planet!
Revolutionary solidarity with our comrades in Chile during this difficult time!
That Mauricio's death will set up incendiary barricades!
Bullets, bombs, fire and stones to the state and its accomplices!

TELMEX: WE ARE THE STONE IN YOUR SHOE (Mexico)

"This world now desolated by civilization and its industries is in the hands of only a few people who think they can do whatever they want with it. One of these companies is Telmex telecommunications; its owner Carlos Slim, the richest man on the planet from a developing country such as Mexico, is being attacked today. Though the sabotages are small, we are the stone in your shoe and we will not leave you in peace. The night of May 27 we have set 4 Telmex telephone booths on fire with buckets of gasoline and incendiary devices. We have also attacked 2 Catholic churches in Mexico State; in one we left an incendiary device at their wooden doors which caught on fire and were burnt black by the vengeful fire, in the other we prepared a homemade firebomb; from the fire some 10 windows burst and its walls were completely black. We did this against institutions of lies and manipulation that hide themselves behind the name of their god to obscure their terrible sexual abuses and corrupt deals with any type or style of government.

Our strongest disdain for all dogmatic religions, all destroyers of the earth and all who want to see us under the feet of the capitalist-anthropocentric system!

"The night of May 26, the ALF once again visited the Mendele
store in the Mexican capital. This time we wrote Leather = Torture
and F.L.A. on the walls of this business of death and suffering,
in addition we left a false bomb at their doors, through which
we have once again caused terror for the exploiters who make
animals feel like victims of money, ambition and power.
We have done this action in solidarity with our Chilean comrades;
the death of Mauricio is just the beginning of the expanding
war against everything that does not allow us to be free.
Our pain and anger along with fire and dynamite are with us
as we act from the conspiratorial darkness of the night.
ALF México"