Tamils March for Release of Prisoners 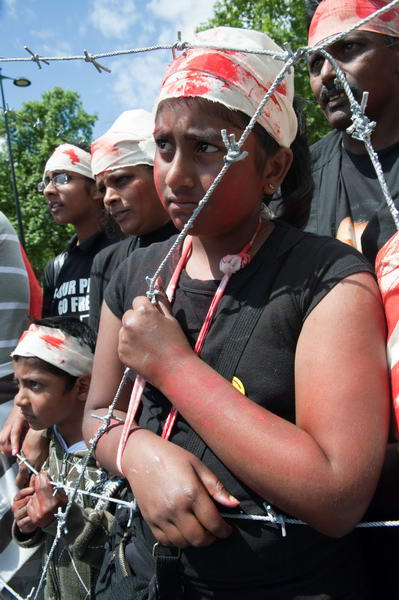 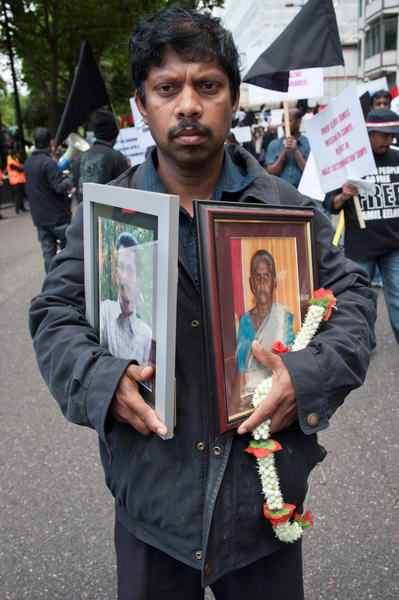 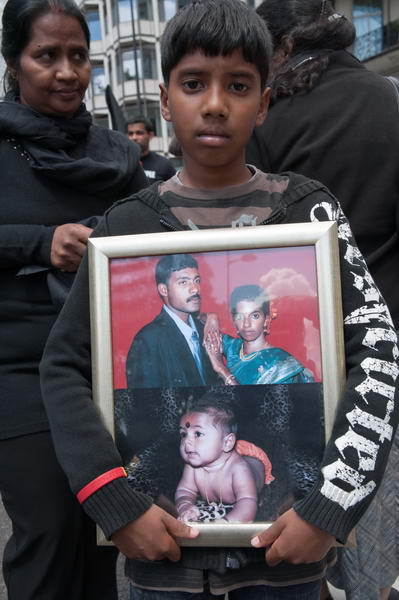 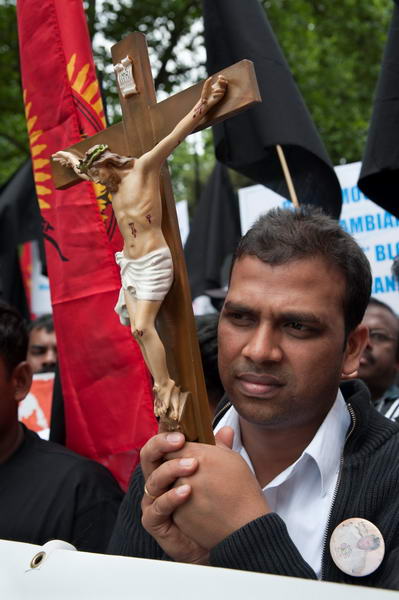 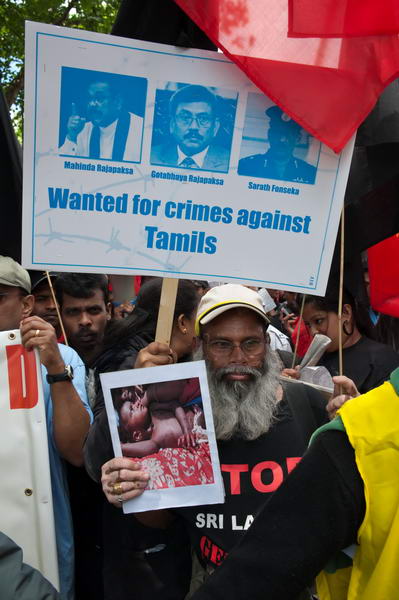 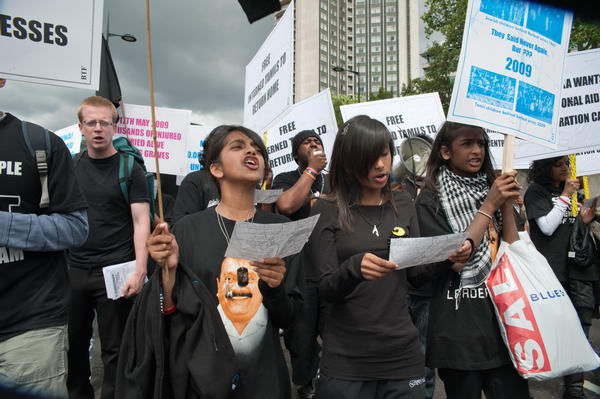 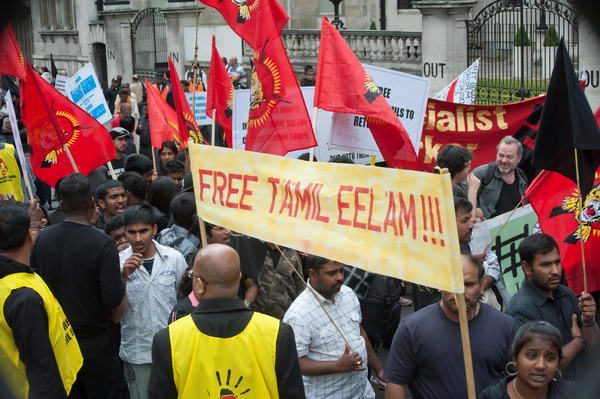 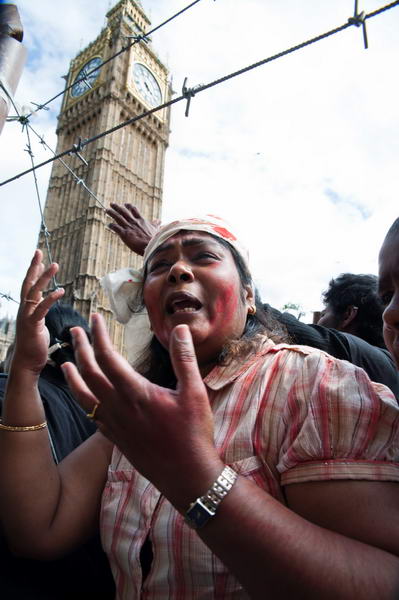 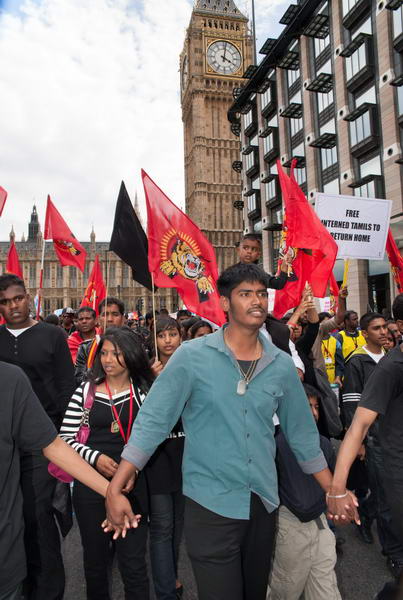 It was certainly a large and impressive march, led by a 'barbed wire' square of people held by prison guards representing the internment camps in Sri Lanka where around 300,000 Tamils are imprisoned under appalling conditions after the military defeat of the LTTE (Tamil Tigers.)

The BBC said there were 20,000 marchers but I think there were probably at least twice that. When I reached Trafalgar Square with its head, I overheard a police message saying that demonstrators were still leaving Park Lane, about 2km back.

Many of those taking part wore black, remembering 50,000 or more Tamils who have been killed in the recent conflict. Some carried photographs of dead or disappeared relatives.

The protesters handed in a letter at Downing Street calling for the immediate release of all prisoners, for full access for humanitarian aid and for the prosecution of the Sri Lanka President, Defence Minister and Army Chief for war crimes.

They also continue to demand a separate Tamil Homeland, Tamil Eelam, in Sri Lanka, and many carried the Tamil Eelam national flag which uses the LTTE tiger symbol. Tamils very much feel that they have been let down by the UN, the international community in general and Britain in particular as the ex-colonial power, and seem justified in doing so.

You can see more pictures from the march on My London Diary: