Activists from Plane Stupid and Action Against Agrofuels protested at Heathrow Terminal 3 outside the Virgin check-in about the proposed use of biofuels for aviation. Monday 22nd June was chosen as it was the 25th anniversary of Virgin Atlantic who plan to meet 5% of their 2015 aviation fuel quota from biofuels. Most of this will inevitably come from palm oil. 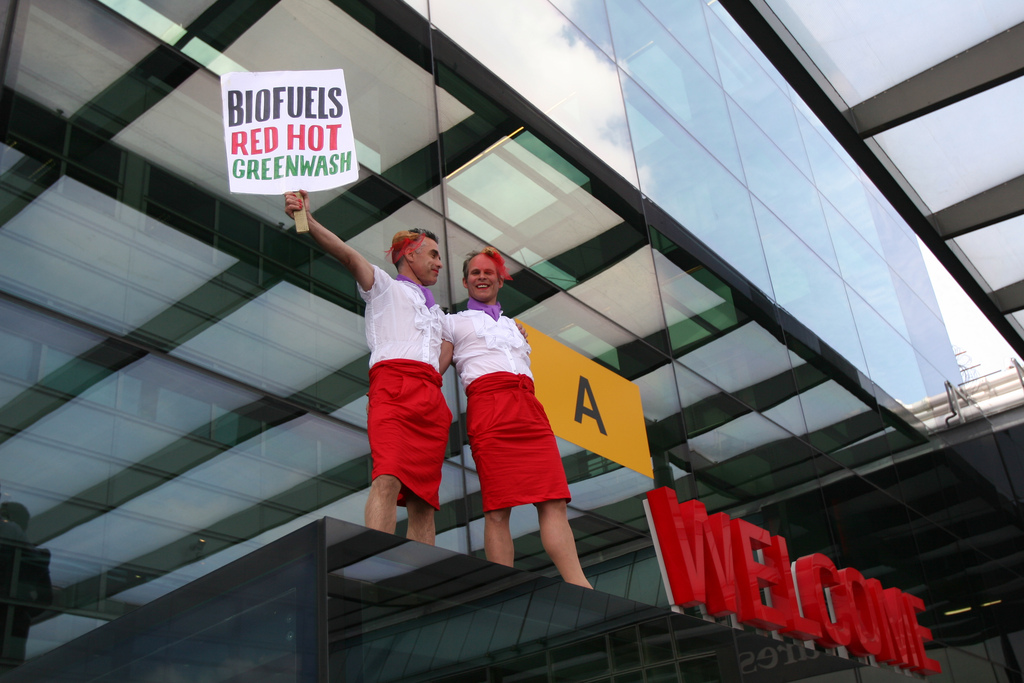 On top of Terminal 3 entrance 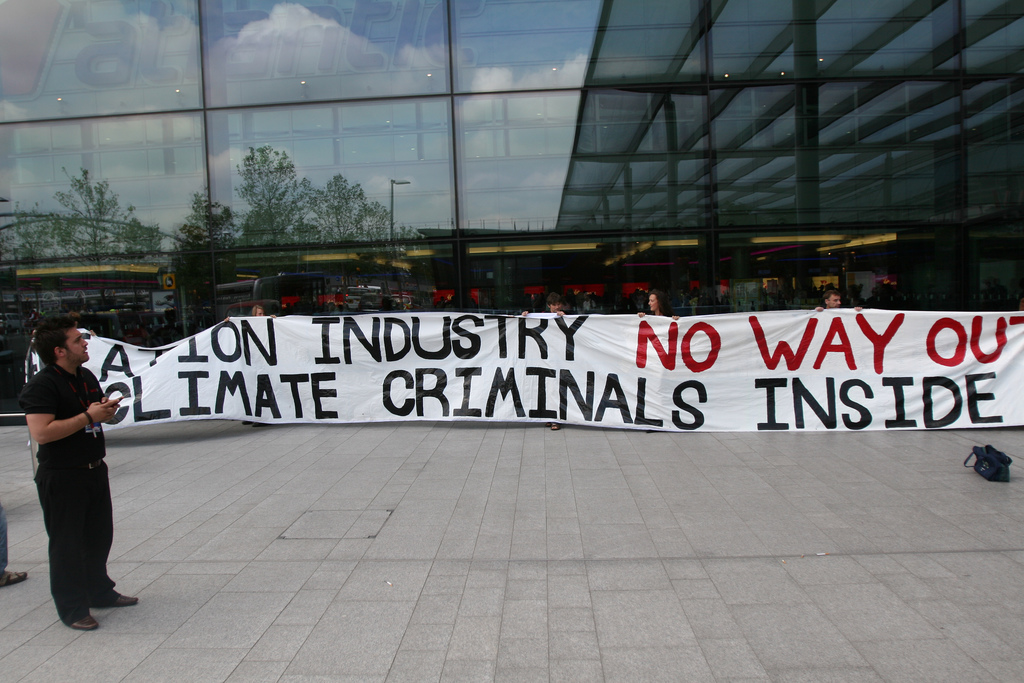 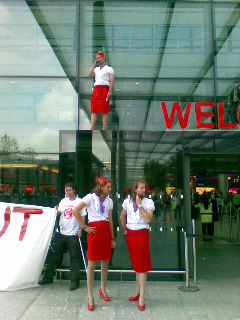 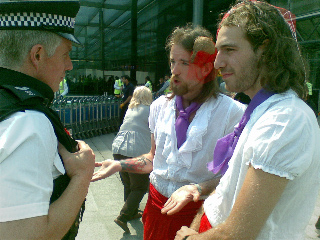 Monday was the 25th anniversary of Virgin Atlantic. They celebrated at Gatwick Terminal 3 with a repeat of their 1:00pm maiden flight from London to Newark in 1984.

The protest continued for over 5 hours. At the final count 11 activists were arrested.

And press release below:

9 activists from Plane Stupid and AAA (Action Against Agrofuels) have been arrested gate crashing Virgin Atlantic’s 25th birthday party at Heathrow airport, to highlight plans to allow the aviation industry to continue to expand if it uses biofuels instead of conventional aviation fuel.

Two men, dressed as stewardesses, are still on top of the entrance to the Virgin complex at Terminal 3 where the celebration is being held. Outside more activists, also dressed as stewardesses, unfurled a banner reading, “Aviation Industry: no way out” and “Climate Criminals Inside”. All those outside have now either been arrested or moved on by the police.

Virgin has been an outspoken supporter of biofuels as a solution to the steeply rising emissions from aircraft, but scientists are critical of plans to scale up their production to meet the new demand for replacement fuels.

Maryla Hart, spokesperson for AAA said, “Virgin Atlantic are claiming to be “Red Hot after 25 years”, but with biofuels it’s going to be a red hot planet we’ll be living on. Today’s celebration is all about having fun but the biggest joke of the party is that the
aviation industry are selling biofuels as a green solution to their problems.”

Josh Moos of Plane Stupid said, “Virgin are investing massively in trying to make biofuels work, but biofuels are no way out for the aviation industry. It’s farcical to suggest that biofuels are the answer when last year it took 150,000 coconuts to provide just 5% of the fuel for a one-way flight from London to Amsterdam. In reality it will be other vegetable oil blends such as palm oil powering aircraft, but the soaring demand for palm oil is already driving tropical deforestation.”

Dee Rughani of AAA added, “The aviation industry is pretending that biofuels reduce greenhouse gas emissions when all the peer reviewed science states that the opposite is true. Whether it’s palm oil or 2nd generation biofuels, both will still compete for land, so any growth in this industry will add further to the 100 million people
already going hungry due to biofuels whilst exacerbating tropical forest destruction and climate change.”