Up to 100 people gathered at the occupied Lewisham Bridge School this morning to stop today’s eviction scheduled for 10:30am. 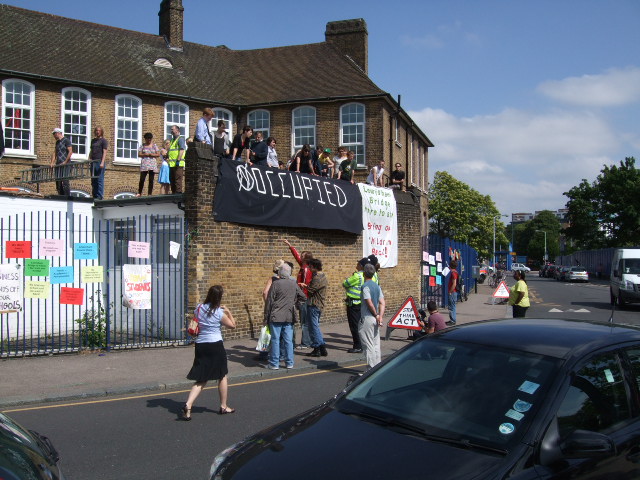 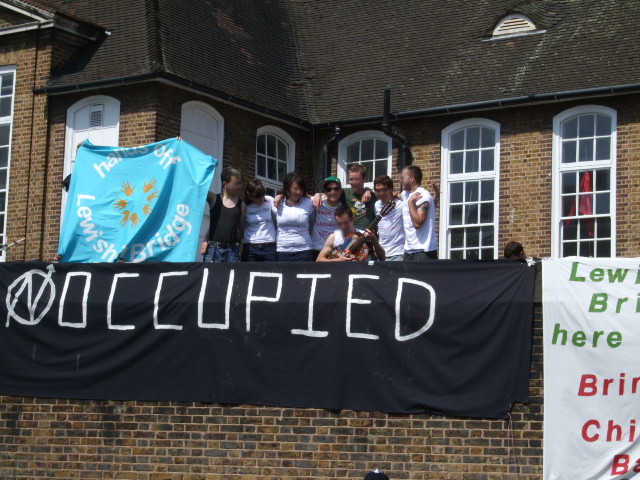 A youthful and lively contingent joined local parents on the roof whilst local supporters gathered outside the front of the school. The mood remained positive, despite a strong police presence including a helicopter earlier in the day.

Bailiffs entered the school but made no attempt to gain access to the roof where the tents stayed up and the occupation continued.

Police left at around 12:30 with most of the bailiffs leaving shortly after. Although a couple of bailiffs did remain, it seems that for now the occupation continues.

and here’s a couple of pics