Concerned human rights activists find themselves in a difficult situation. While they have justifiable concerns about the treatment of anti-government protesters, they must always keep in mind that warfare is the worst human rights abuse of all. The greatest risk to the Iranian people comes from the American president, who had already proclaimed that military action against Iran should not be “taken off the table.” 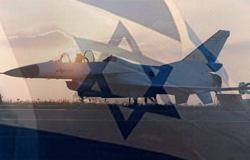 The United States reserves for itself the right to say what and when the world should be watching. “People who work for peace and justice must show skepticism when the media tell them who deserves their attention and advocacy efforts.” The world, as defined by U.S. Corporate media, turned its head when “1,400 Gazans were killed so that Israel might inflict collective punishment on a civilian population.” The U.S. Feigns great concern for the human rights of Iranians, but continues threaten a military attack. Real human rights proponents “must always keep in mind that warfare is the worst human rights abuse of all.”


“There was no campaign to use Twitter as a tool to protest the killings and defend the Gazans right to live.”

The scenes of Iranians protesting in the hundreds of thousands speak to the hearts of people all over the world. Anyone who fights for democracy has to applaud when people in any nation band together to make demands on their political system.

Yet Americans must always be cognizant of the outright lies and manipulations that may cause them to act in error, even if they do so with good intentions. The potential pitfalls in reacting to Iran’s current political crisis are many and demand close attention.

The corporate media behave in a fashion that requires us to question everything they present to us as fact. People who work for peace and justice must show skepticism when the media tell them who deserves their attention and advocacy efforts. They are quite selective when they decide who deserves our sympathy.

In December 2008 Israel began what can only be described as a massacre in Gaza. More than 1,400 Gazans were killed so that Israel might inflict collective punishment on a civilian population, a direct violation of the Geneva Conventions. They were not even allowed to flee and save their lives, instead even hospitals and ambulances were targets in Israel’s efforts to kill as many Gazans as possible.

“The corporate media are quite selective when they decide who deserves our sympathy.”

Just as they prevented civilians from fleeing, the Israeli government did not permit the world’s news organizations to enter Gaza. The American media conducted incomplete coverage of the crisis without even pointing out that the Israeli government prevented them from doing their jobs. They didn’t exhort their readers and viewers to remind Israel that “the world is watching” them. There was no campaign to use Twitter as a tool to protest the killings and defend the Gazans right to live.

The United States Congress did not pass resolutions condemning the Israeli government. Neither Democrats nor Republicans exhorted then president elect Obama to speak out on behalf of the Gazans. Editorial pages did not criticize his silence and tacit approval of a truly horrific human rights violation.

In contrast, congress rushed to condemn the Iranian government, allegedly on behalf of the Iranian people. Their hypocrisy is breath taking. During the presidential campaign, Senator John McCain composed his only little ditty, “Bomb bomb bomb bomb Iran” in a horrendous disregard for human life. Now he attacks Obama for not speaking out against the government of Iran.

Throughout 2006 and 2007 both houses of Congress passed resolutions which condemned Iran as a terrorist state and were meant to begin the process of authorizing war. Many of these same house members now claim to care, by a 405 to 1 vote margin, about the people they previously had been willing to kill.

If Iran’s leaders are demonized enough, the call to war will become louder and more acceptable. “Progressive” Obamite cult worshippers never speak against the president, whether he is hiding proof of American torture, killing civilians in Afghanistan and Pakistan, promoting indefinite detention without trial, turning his back on black farmers and historically black colleges, cutting medicaid and medicare, or turning over the public treasury to bankster thieves. There is little reason to believe they will behave any differently if their idol tells us that bombs must fall.

The media in this country always obey the rulers. They back who the government backs or attack whomever the government attacks. That is why we are never told about the lack of democracy among America’s allies in the Middle East. We are not told that the great “reformer” Mir Hossein Mousavi, is as dependent on the favors of Iran’s religious leaders as is his rival, Mahmoud Ahmadinejad. This reformer was a top lieutenant of Ayatollah Khomeini, a man Americans are still told to hate, and he led purges against leftists in the 1980s. The complexities of Iranian politics are given short shrift and lies about hardliners versus reformers are repeated as truth.

So “tweet” away if you like, but not because the congress or the media tell you to. Tweet for the 100 Afghans who were killed by American bombs last month. Tell Barack Obama that the world is watching him.