The selected quotes below from the Israeli Prime Minister Benjamin Netanyahu and Reza Pahlavi, the son of ousted Shah of Iran, provide further insight into the true colour of the "Green Revolution". 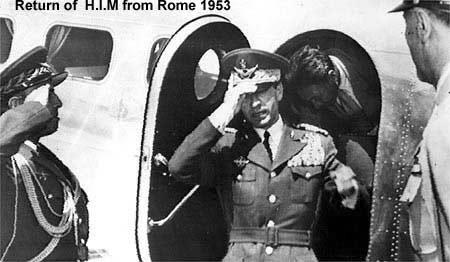 
“I believe more than 75% (of the people) there would have liked to replace the [Iranian] regime, and that percentage has recently risen”


Rai Uno: Mr. Prime Minister, [...] you should be quiet satisfied this days because hundreds thousands people in Iran are demonstrating against your worst enemy, Mr Ahmedinajad. Do you support their struggle?

Netanyahu: I think that people now can understand many of the things that we have been talking all this years. This is a regime that oppresses his people and this is a regime that threatens everyone with the denial of the holocaust, the call for the elimination of Israel, with the sponsorship of terrorism throughout the world and with the attempt to develop nuclear weapons which they can give to terrorists around the world. I think now that what is the true nature of this regime has been unmasked.

Rai Uno: You are talking about the nuclear program, in 1981 Israel bombed the Iraqi nuclear program in order to stop it, are you ready and in which circumstances to do the same with Iran?

Netanyahu: I think right now everybody understands that nuclear weapons in the hands of such a brutal regime could be very dangerous to the entire world. This is an international issue and I was very pleased to hear president Obama in my recent visit to Washington say that nuclear weapons in the hands of Iran is a strategic threat to the United States and the peace of the world. Certainly it is to my country, but it is an international danger and it should be dealt by an international effort led by the United states. That’s our preference.


excerpts from: Shah’s Son: Support Us


“Israel’s citizens should support the fight the Iranians are waging. [...] The continued existence of the current government in Iran is liable to lead to a nuclear holocaust.”

Netanyahu: We will not allow Holocaust deniers to carry out another Jewish Holocaust (20 April 2009)