A group No Borders protesters blocked the E15 motorway south bound carriageway for a short time before forced off the road back into the camp. 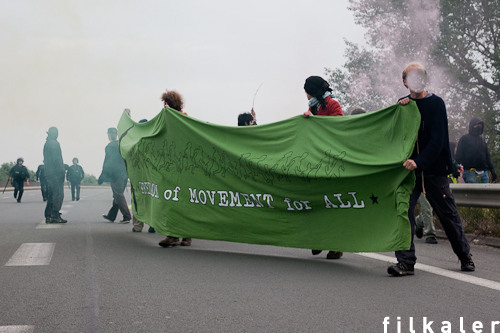 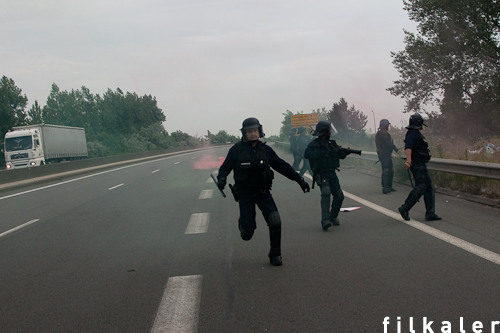 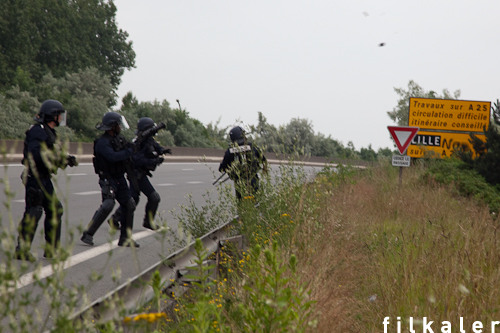 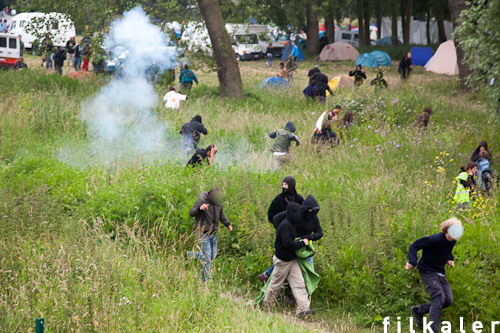 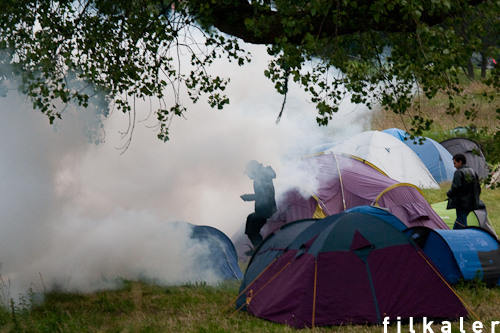 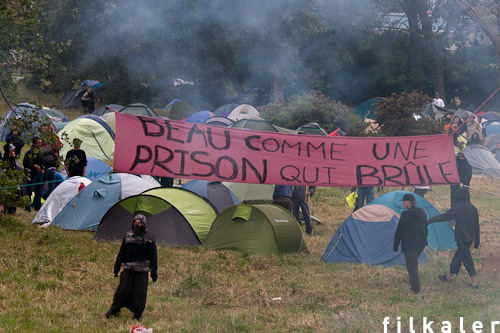 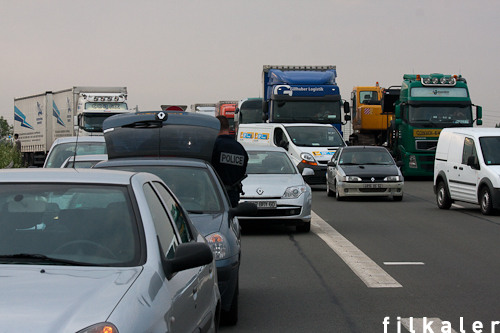 Protesters climbed onto the stretch of motorway adjacent to the camp and unfurled a banner calling for ‘freedom of movement for all’. Riot police responded by firing tear gas at the blockaders who retreated back into the campsite. The E15 remand blocked by CRS police.

Demonstration on the motorway to the Calais port - the report

On 26.06.2009, 100 No Borders activists held a demonstration on the motorway to the Calais port, with the banner “Free trade kills, free movement for all”. This symbolic action stopped goods crossing the border and aimed to highlight the disparity between the free movement of goods on the one hand and borders restrictions on the free movement of people on the other. The activists did not take their identity papers with them in solidarity with the 'sans-papiers' in Calais and their lack of legal status.

Schengen agreements in the European area allow the 'free trade' of goods, but not of people.

Paul, 26, said “migrants would not be able to take this action because of the precariousness of their situation, and the harsh repression that they would face”.

Chloé, 33, said “migrants live in a state of destitution, without access to shelter, medical care, sanitation: their basic human rights”.

The No Borders camp, held in Calais between 23rd and 29th June 2009, for freedom of movement for all and an end to borders and to all migration controls. It aims to highlight the realities of the situation in Calais and Northern France; to build links with the migrant communities; to help build links between migrants support groups ; and to challenge the authorities on the ground, to protest against increased repression of migrants and local activists alike.

The camp was (2009 06 26 - 15:15 -> 16:00) partially blocked by the police standing on the access roads for an unknown reason, appart from their keen on provocation. It is not possible to get out of the camp. It is said to be an prefect decision for the afternoon (end unknown) which would not be taken again tomorrow.