in a bold occupation at 2.30 this morning, a woman from peacestrike.org has converted the parliament square churchill statue into a mock-up of a sri lankan death camp. she intends to stay there as long as possible to highlight the plight of hundreds of thousands of tamil civilians facing threat of starvation, rape, torture or murder. 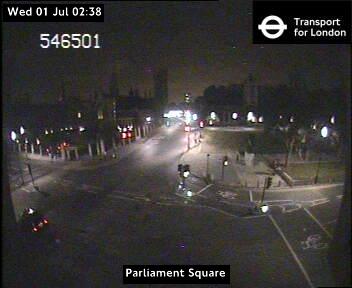 jamcam - by cover of night 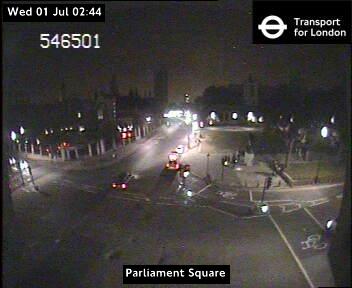 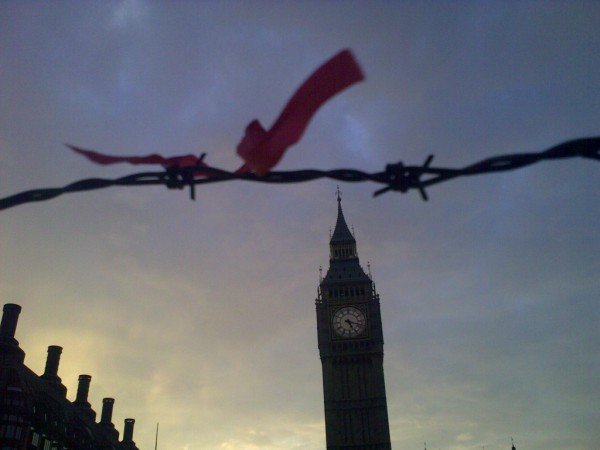 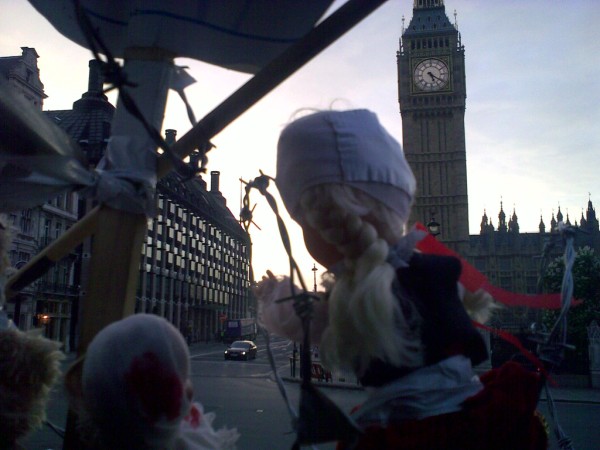 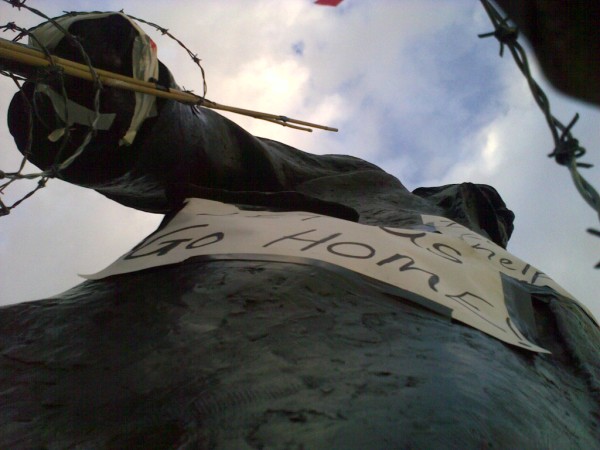 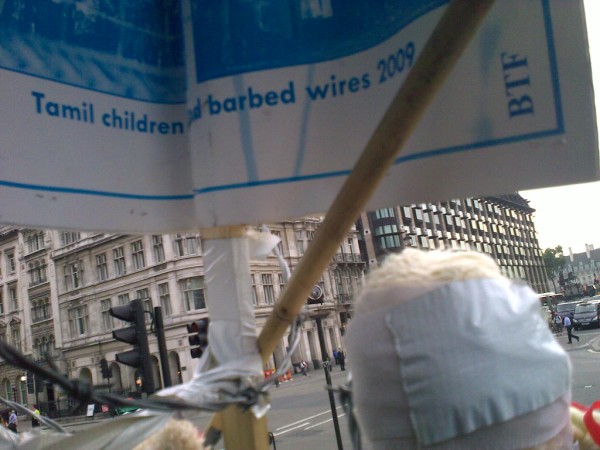 while the western media reports the "civil war" in sri lanka over, the british tamil community is receiving a very different story from the little news that trickles out about their families and friends back home.


this was no civil war, it was a genocide.

the un high commissioner for human rights has reported that during the sri lankan military assault, over 2800 tamil civilians were killed and 7000 injured in the so-called 'no fire zone' from shelling by sri lankan forces. un secretary ban ki-moon said after a short visit to the war zone that the civilian death toll may have exceeded 20,000. added to this is the report in the telegraph (24 may) that up to 30,000 tamil civilians have been severely injured (ie lost limbs) and urgently require medical support.

the government kept denying it, but aid workers witnessed widespread use of chemical weapons and cluster bombs in situations banned by international conventions.

now, more than a quarter of a million civilians are currently held behind barbed wire in sri lankan makeshift military prisons. there is little water, sanitation, food or medicine, and there are continual stories of rapes, beatings and disappearances, including children. a whole swathe of international aid organisations have unanimously stated these camps fall far short of any international standards and that shelter, food and medical aid is inadequate, with malnutrition and starvation common. aid agencies are not given proper access to the camps and those that are, are not allowed contact with the detainees. the united nations has published a report suggesting at least 13,000 people have disappeared from the camps. sri lankan army has been spotted digging large craters for unidentified bodies.

frustrated at the complete lack of international censure, and the silence from the mainstream media, the campaigner from peacestrike.org went up on the churchill statue at around 2.30 this morning and built a mini concentration camp out of wooden struts and real barbed wire for the press and for parliament (prime minister's questions this morning). she was spotted quite quickly and a police van attended at 2.44 (see jamcam). she assured them she was taking care not to cause any criminal damage they have so far left her in peace to continue her protest, which she hopes to continue for 36 hours.

further updates during the day at london indymedia