Noise demo at the Irish embassy

15 to 20 people made a fairly cheerful racket for a couple of hours outside the Irish embassy in London today, in protest at the appauling brutality of the Gardie, who coninue to assault and imprison those fighting Shell in Rosport. 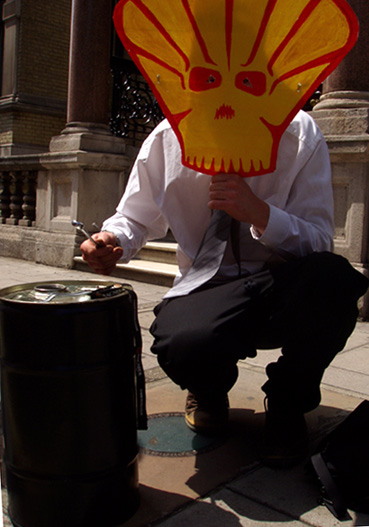 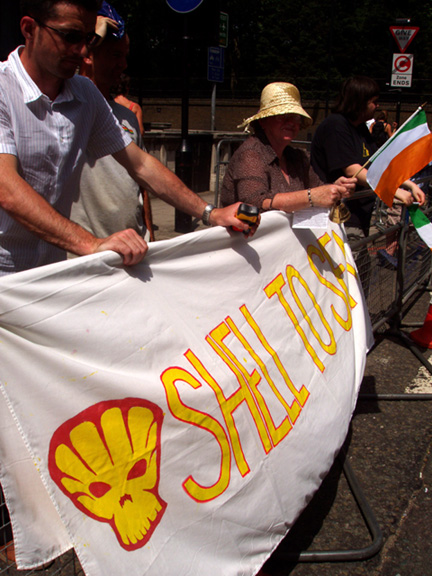 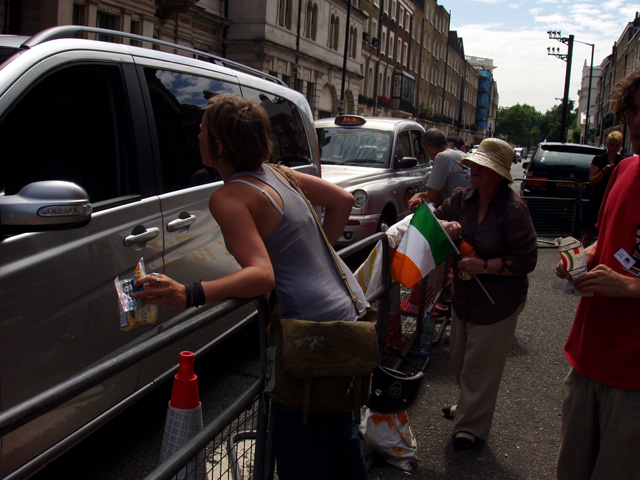 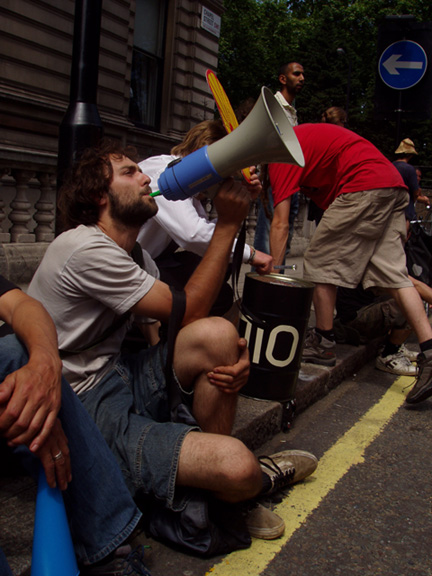 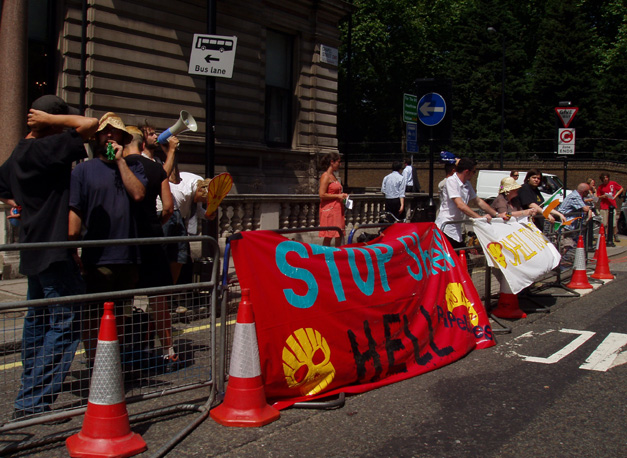 the protest pen (which was wandered out of a fair bit) 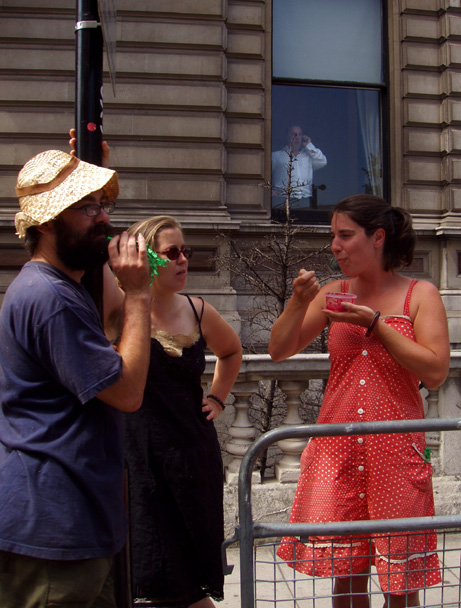 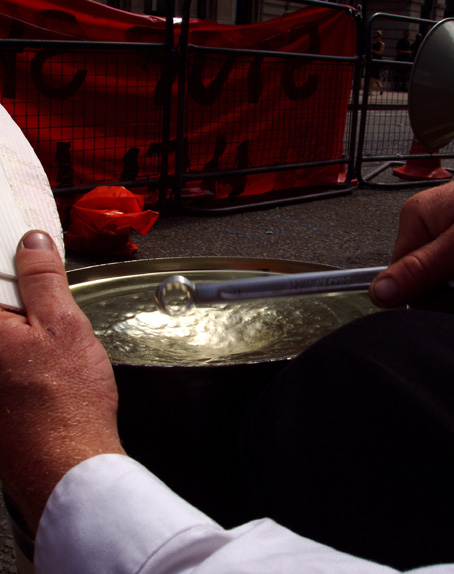 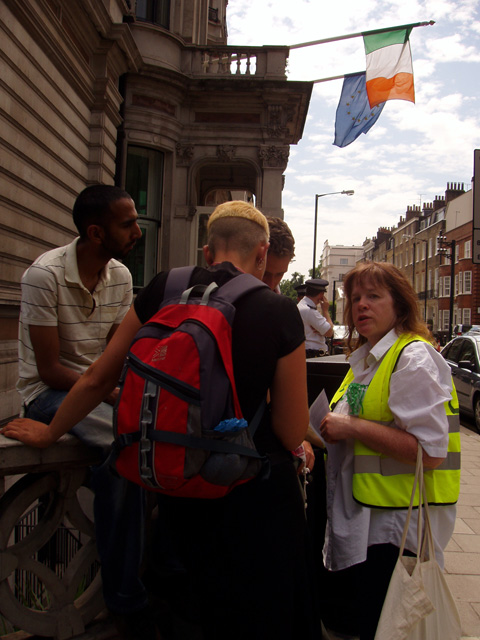 Shell to sea to embassy 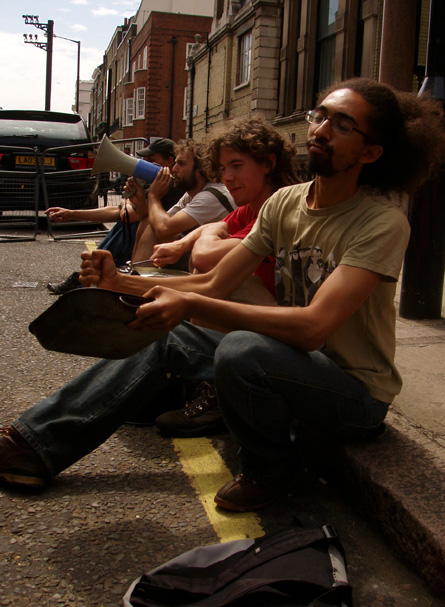 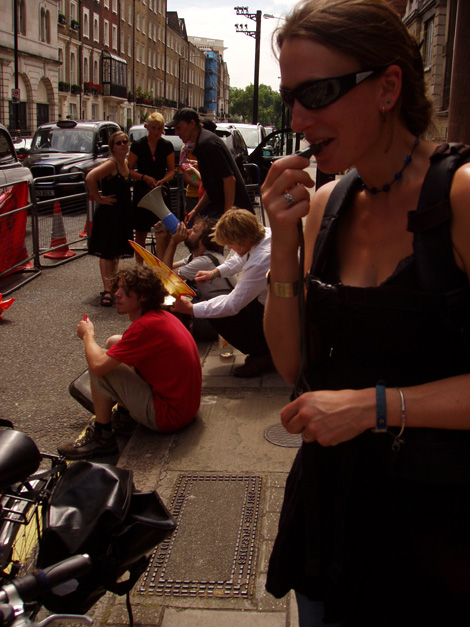 Locals and activists from across the water have been trying to prevent the laying of a gas pipeline in this pristine area, which will destroy livelyhoods and ecosystems, and lock us into a future of climate change.

The inspiring resistance of the local community has been met with Shells usual subtlety. In recent weeks 2 local fishermen found their boat boarded by masked men. The brother of another active resident was hospitalised in a brutal unprovoked beating by police. Just a few days ago 7 other activists, most of them from England, with no previous convictions, were arrested and are being held on remand for 10 days for a peaceful blockade.