Natalie Abou Shakra, UK, and Jenny Linnell, UK, two International Solidarity Movement activists who came to Gaza as part of the Free Gaza Movement voyages, both British nationals, were prevented from exiting the Gaza Strip via the Rafah Crossing on the 28th of June, 2009 by the Egyptian border authorities. In addition to having special coordination by the Egyptian Ministry of Foreign Affairs (MFA) based on the request of the British Embassy in Cairo, Natalie and Jenny were given approval to pass through the Crossing on the 9th of June, prior to an official opening, by a call from the office of Mr. Yasser Othman from the MFA. Nevertheless, on the 10th of June, they were returned back by the mukhabarat (intelligence services) at the Crossing demanding they both return back when the Crossing officially opens. 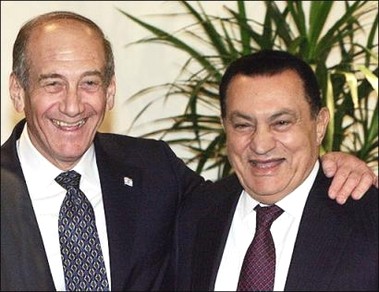 On the 27th of June, after more than 18 hours of waiting at the entry gate to the Egyptian terminal on buses packed with Palestinian women, children and elderly people, and patients in critical conditions in ambulances, the Egyptian authorities demanded all be returned back to Gaza. However, the people went down to the gates to peacefully demonstrate and protest against the cruelty, inhumanity and injustice of the border authorities, after which only a few ambulances went in from the dozens present on the Palestinian side.

The following day, the 28th of June, after many hours of waiting, a bus carrying Palestinian passengers, as well as the two activists, were let through into the Egyptian terminal. Palestinians were made to sit on filthy floors in the arrivals hall. There were many mothers and fathers with tired and ill children on their laps and sick, elderly people who lost consciousness, as well as women who begged on their knees to be let through, only to be constantly turned down and screamed at by aggressive Egyptian officers.

A young man who couldn't speak and who was in a wheelchair, at one point of desperation, hit himself on the chest constantly as he attempted to express himself as they pushed him and the wheel chair aggressively. When an elderly man fell unconscious on the floor, Natalie approached to assist him and the mukhabarat officer who was dealing with their case told her,"I will make sure YOU will never leave Gaza." "How did you get into Gaza," asked another officer who saw them sitting on the floor withtheir luggage. "We came on the Free Gaza Movement boats." He smiled and said, "So, you don't need us to answer. You already know why you're not being allowed out."

After hours of waiting, Natalie and Jenny were told to enter the mukhabarat office and were asked what they had been doing in Gaza and how they entered the Gaza Strip. A short time later, their names were called out with those on the murjaa' list (to return back to Gaza). The two activists refused to leave on the basis that they should be told why they were being denied entry despite having been granted permission to do so by the MFA and showing the permits they were holding from the Ministry. No genuine answer was provided. A little after midnight, Egyptian officers surrounded them and forcibly removed them from the Crossing, dragging them across the floor. As they forced the activists out, the man dragging Natalie by the wrists told her, "You're lucky my shoe is not in your mouth as they would do in Jordan." When she replied, "All that you have done to the people is registered in notebooks," he replied to her coldly, saying, "Who will hold me accountable?" [meen hayhasibny] in a sarcastic tone.

The British Embassy in Cairo, after being contacted by the activists, stated that, "We are working on it,We've seen them [Egyptian authorities] do this before,Wait till tomorrow when we can sort things out, and You have everything you need to cross, the problem is from them [the Egyptian intelligence services]."

The activists stated that "the treatment we were subjected to at the Crossing was a form of psychological and physical abuse. It is a kind of punishment, which the Palestinian people, and all those who stand in solidarity with their rights are also subjected to. The Egyptian authorities at the Crossing violated our basic human rights, something common to the Palestinians' daily experience. Human rights, both of Britons and Palestinians were callously violated on the 28th of June, not to mention our rights as women, regarding the degrading and humiliating manner in which we were treated. As is evident from the verbal exchange mentioned above, this is a direct message from the Egyptian authorities to the Free Gaza Movement and the democratic will of any person standing in solidarity with the Palestinians. We are human rights activists and what we witnessed and experienced in that Crossing was a violation to every existing right, a crime against humanity, or rather crimes.

The activists entreat the British Embassy to "urge the MFA to investigate what went wrong and to insist that those responsible for what happened on the 28th of June, particularly the intelligence office at the Crossing, provide an explanation as to why such treatment was issued and why we were denied entry despite having previously been granted permission to enter.. It is only reasonable that we should know why we endured what we did, whose error it was, and specifically why the permission that was arranged earlier in June was not recognised by the officials at the Crossing, resulting in our passage being denied. It is the duty of the British Embassy to safeguard our rights as British citizens and also as human beings. It is to our dismay and utter disappointment that after going through the nightmare of the 28th of June, we were left feeling so stranded and neglected. Are we also being punished for our solidarity and human rights work by the British authorities? Why are human rights and citizen rights disregarded when an issue relates to the Israeli occupation and the other states which support Israel's crimes? As a matter of urgency, we appeal to the Embassy to fulfill its responsibility of 'ensuring the safety and wellbeing of its citizens!'"

British Gaza activists get out

Jenny and Natalie were finally able to leave Gaza on the 15th July.

They were phoned by the British consulate who said the George Galloway would be leaving via the Rafah crossing and that if they were at border in an hour they too would be allowed through. Weirdly they never saw Galloway, though they did pass the Viva Palestina convoy as it was coming into the Strip.

They were processed quickly and courteously, It seemed that something had massively changed in the attitude of the Egyptian border officials. They believe that this was a result of the many varied and persistent efforts of old friends, and dozens of strangers, who have been doing everything they can to secure their release.

To all those who were part of this; thanks for helping get two amazing women home.

Of course for the 1 and a half million Palestinians still trapped in Gaza the struggle continues. Natalie has returned to her other home Lebanon, and Jenny is back in England spending a week or so recovering before embarking on a speaking tour to help raise awareness and suggest ways other Brits can help support those under siege. If you are interested in hearing her accounts in your area, please email lizthesnookcocker at hot mail. com.