Stop and account for your actions fill in form 5090(X)!

I was `happrehended` by the boys in blue in London's Connaught Square last Friday - I'm not the only one apparently. 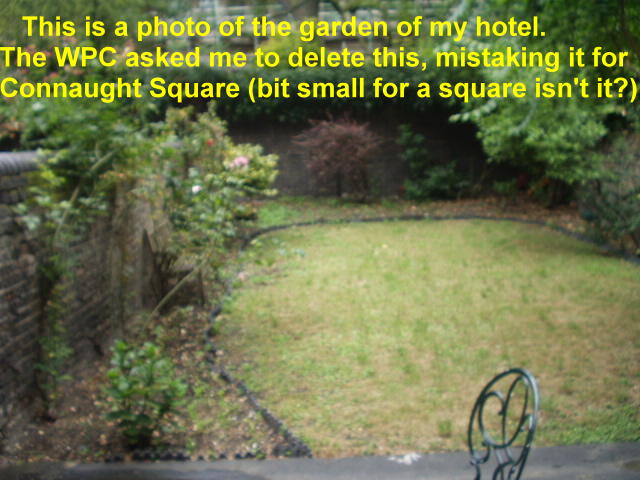 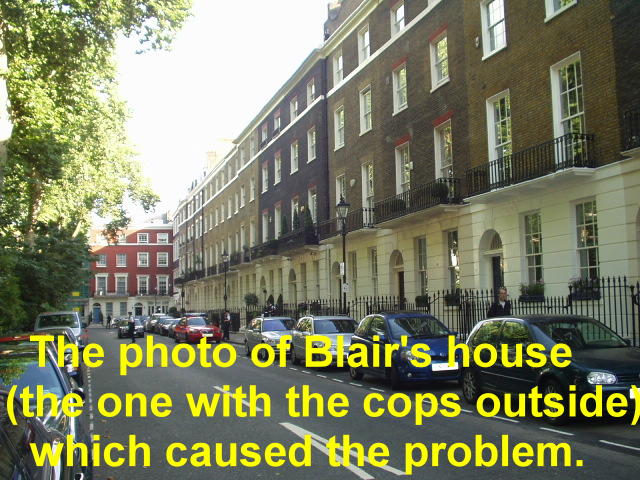 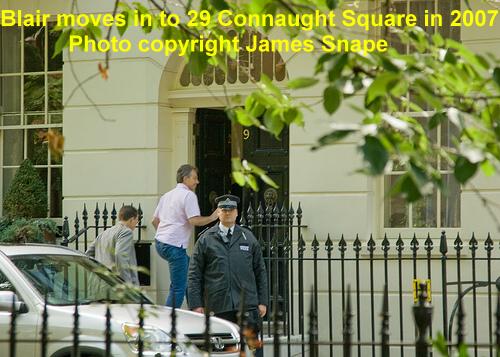 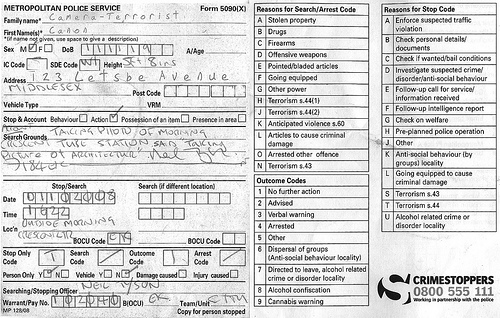 ’Allo, ’allo, ’allo, wot’s all this then? I was proceeding in a westerly direction when I happrehended a suspicious looking character who appeared to be taking pictures of the abode of the former Prime Minister Mr Tony Blair in Connaught Square, London.


I quizzed the aforementioned character and fortunately he was very forthcoming – he gave his name as Mr Canon Camera-Terrorist and his address as 123 Letsbe Avenue, Middlesex. I think my diplomatic approach defused the situation and the suspect – I mean gentleman, gave more information than he would had I used a bullying approach.


If you are caught taking pictures of the BT tower or Tony Blair’s house or `Morning Crescent` (sic) tube station you may be asked to fill in form 5090(X) – a stop and account for your actions you ’orrible little man – a little disconcerting but hopefully not too much to worry about. I was stopped and asked to `account` for my actions in Connaught Square last Friday after I took a photo of Tony Blair’s £3.5 million home (from a distance) at 29 Connaught Square, London W2. The WPC who quizzed me asked me to delete one of the photos on my digital camera. The one she asked me to delete was the one of the garden in my hotel 2 miles away!


Someone in the North East was quizzed after taking photos of the Labour Party Conference in Gateshead in 2005 – this from the site Flickr:

“I got stopped by four body-armour clad gentlemen with machine guns for taking pictures when the Labour Party held it's conference at The Sage in Gateshead in 2005. I tried to explain that it was entirely due to the media circus in the city that I was grabbing some pics on my phone but I was quizzed (first answer accepted, no multiple choice) for about 15mins while a WPC examined every last shot on there.”

If they insist on an address why not give 123 Letsbe Avenue (Geddit?) as your fixed abode? It’s posher than Connaught Square and it’s where all those MPs claiming for second or third homes live.