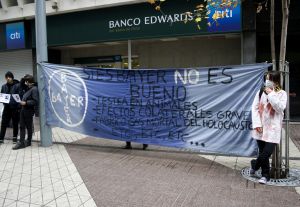 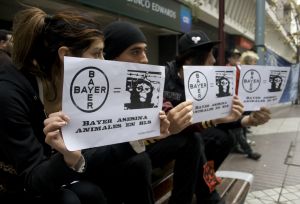 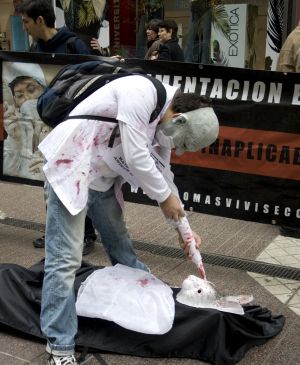 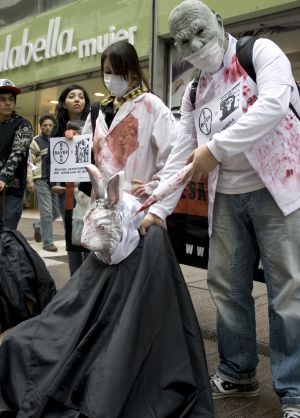 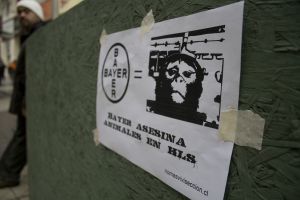 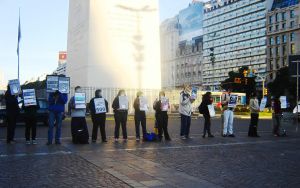 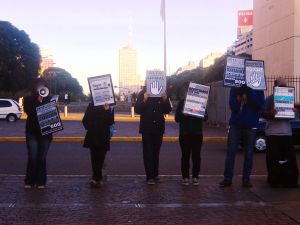 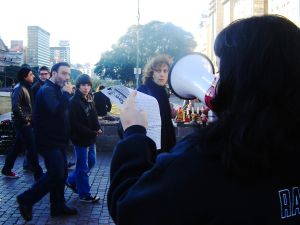 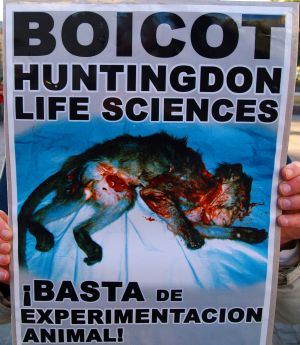 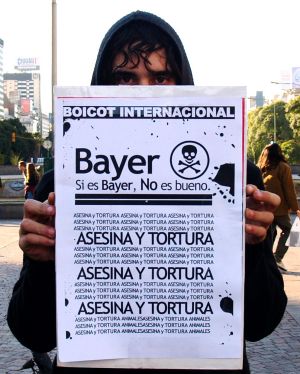 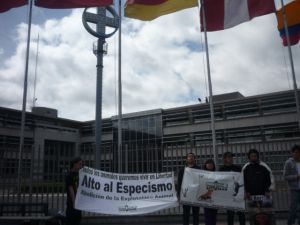 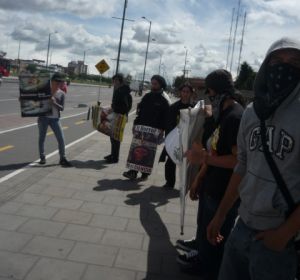 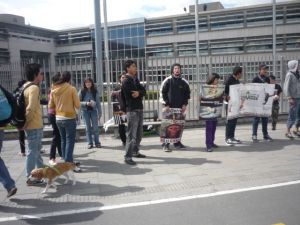 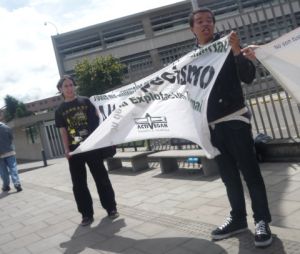 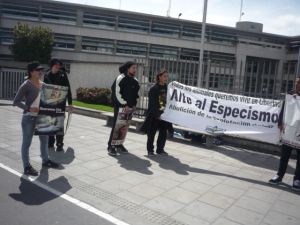 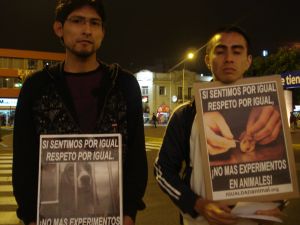 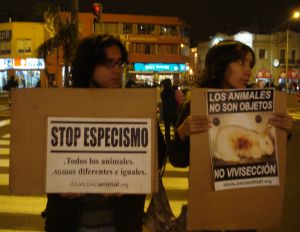 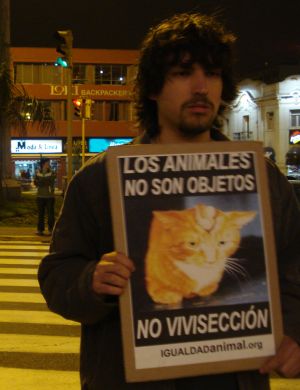 DAY OF ACTION AGAINST BAYER IN ARGENTINA

Continuing with the international boycott of HLS and its customers, and in solidarity with SHAC and similar activities being undertaken in Latin America, on Saturday June 27 in front of the Obelisk we ask the city of Buenos Aires to carry out an International Day Against Bayer.

Bayer is a multinational chemical and pharmaceutical company as well as being one of the biggest customers of HLS who are part of the six companies that monopolize the drug market, which acquired its interest amounting to billions of dollars annually, without (obviously) care at the expense of much suffering and killing of human and nonhuman animals is achieved.

The activity was to boycott the distribution of information pamphlets on the implications of the power of Bayer in animal experiments and the conditions that produced their products to humans throughout their history. Also showed similar signs, we placed a table and discussed information by megaphone on HLS, its customers and, consequently, on our ethical position as Front Against Animal Experimentation.

-- If we keep boycotting and discredit these "brands, companies that hire the services of HLS, or simply fail to consume their products, we provide a great partnership in the decommissioning of HLS. --

(The FCEA arise from the union of brothers and sisters of clusters Seed Coordinator for the Liberation and Animal Liberation of Buenos Aires, due to focus specifically on actions in opposing the abolition of animal experimentation).

COLUMBIAN DAY OF ACTION AGAINST BAYER

Colombian activists arrived at 11:30 outside Bayer and we have the unpleasant news that some fellow activists had been arrested by the police, close to 6 activists were arrested for carrying aerosols which were for making banners, according to the police it was for terrorist acts, we started the demo in solidarity for those who could make the demo and for the animals inside HLS.

The peaceful demonstration took place, but we still made clear the message of abolition and total rejection of animal experimentation, we also demanded withdrawal of services to HLS and informed passersby about the problem and the unfairness of experimentation on other animals and future activities against Bayer and we will fight for those oppressed, to fight for liberation.

Until the last cage is empty.

For freedom of every man and woman.

Animal Equality - Peru branch, joined with others across Latin America for a coordinated action against Bayer, a customer of HLS. We had a visual protest and gave out information about animal experimentation and HLS.

We handed out many flyers and talked with the passers-by as they left work to go home, while holding placards and posters.

We had hoped to protest outside Bayer in the San Isidro District in Lima, but were not given permission, but we still got the message out about Bayer's links with the cruel HLS and about animal experiments. We will continue to highlight these cruel injustices until all are free.

ACTION AGAINST BAYER IN CHILE

As part of the Latin American Day of Action against Bayer, we held an informative protest in the centre of Santiago. We leafleted and talked to hundreds of people about the SHAC campaign and to boycott Bayer for their animal abuse, along with the Earth and human destruction they have carried out for years. Also some activists were dressed like blood-stained vivisectors in a performance to attract passers-by's attention.

This action was coordinated with activists from more Latin American cities. Day after day, Latin America is getting more informed and active about what HLS and their customers are doing, and every day more people want to stop the abuse. Together we will stop vivisection and HLS.

Until the fall of HLS, and every cage is empty!