The people of Iran have already effected change. They may not yet have overthrown the Supreme Being and his evil regime, but they have changed the world view of Iran. We now see a different Iran. The hated 'turnip tops' (the ayatollahs and mullahs) are isolated. This has only been possible through various networks and individuals. 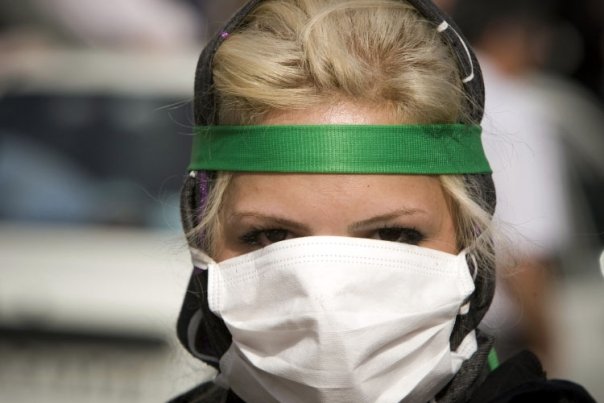 women on the streets

'The current brave wave of protests against the Islamic fascist regime is heartening and we wish every success to it. We are sure the barbarism of the regime can't stop Iranian people from their call for justice and democracy.' -- Fariba, RAWA (Revolutionary Association of Women of Afghanistan)

The people of Iran may not yet have overthrown the hated turnip tops, the ayatollahs and mullahs, but they have already effected deep and significant change, they have changed the worldview of Iran. No longer does the world see the face of Iran as the that of Muslim fundamentalists, they see the people on the streets, the people have spoken and their voices have reverberated around the world. The revolution has a name and it is called Neda, we are all Neda now.

It is thanks to social networking sites like twitter and facebook and individuals like Brazilian writer Paulo Coelho and others, underground networks like the Worker-Communist Party of Iran, that we have been able to hear the voices of the people, see what is happening on the street.

The Supreme Being and his evil regime have been shaken to the core. They may still be in power, but they are now desperately clinging to power. Despite the mass arrests, torture, summary executions, disappearances, the street protests are still taking place.

People took to the streets to protest the 10th anniversary of the slaughter of university students.

The genie is out of the bottle. The turnip tops can no longer claim that they have the support of the people.