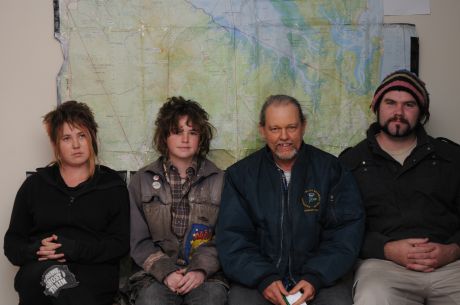 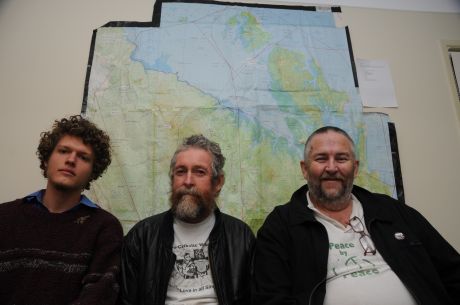 Call for End to War on Afghanistan

The group stated:
"US and Australian militaries, training at Talisman Sabre are presently involved in waging an escalated war in northern Pakistan and southern Afghanistan. Most of the victims in this eight year war have been civilians yet the concept of civilians and civilian loss seems to have been completely lost on the military. There aren’t any civilians permitted in the exercises. Civilians are eliminated here as they are eliminated in war.

"As civilians we enter this area in solidarity with all the civilian victims of the US and Australian military. We enter the exercise area with the intention of shutting down the exercises.

"We come from varied backgrounds: Christian and Humanist traditions. We come in common purpose to nonviolently resist these rehearsals for war and the escalating war on the peoples of Pakistan and Afghanistan.

"It is universally acknowledged that lies told by the Australian Parliament and the US government regarding "Weapons of Mass Destruction" [WMD] in Iraq led us to an illegal invasion and disastrous war in that country. Prime Minister Rudd’s recent assertion that Australian troops waging war in Afghanistan decreases the possibility of terrorism at home is also a lie leading us all to further disaster, death and destruction.

"We call upon all sectors of civil society in Australia to take action against such rehearsals for invasion and war as Talisman Sabre. We call upon all sectors of civil society to take action against the escalating war on the peoples of Afghanistan and Pakistan.
"We call upon Air Commodore Meier to make good on his word to the Australian Senate "that if unauthorised personnel are known to be on or near the live fire area, we stop the clock on the exercises until they are found." [June 4th 09] Despite our attempts to communicate, Thursday’s statement by Brigadier Bob Brown, contrary to this position, exhibits a negligence in relation to human safety that echoes the Australian and US military behaviour in Afghanistan.
Call for further comment on the group’s activities: Martin Luther King House of Nonviolence, Yeppoon:-

*FURTHER SUGGESTIONS FOR SOLIDARITY
-Some of the 7 will not be co-operating with bail conditions when arre
sted. Write a letter ot postcard
to one of the 7 c/- 69 Kurumba St. Kippa-Ring Q.4021 AUSTRALIA