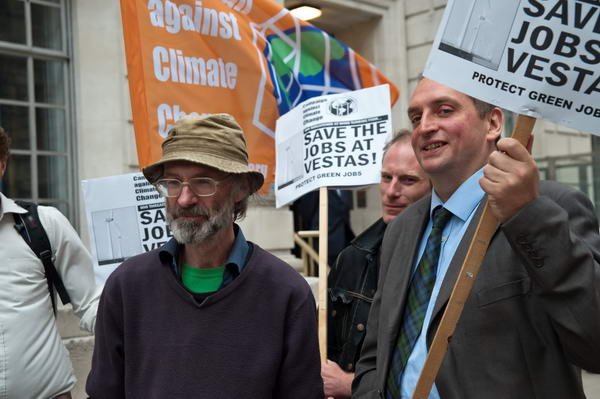 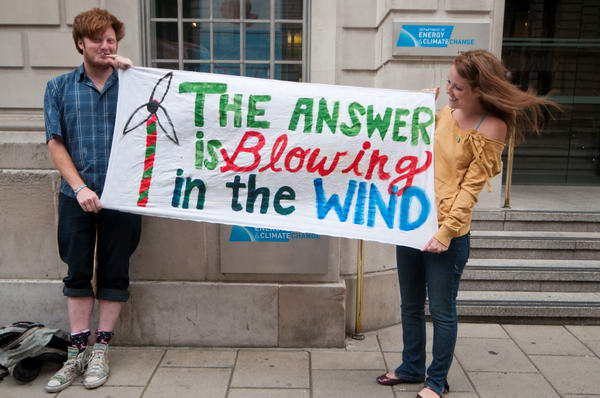 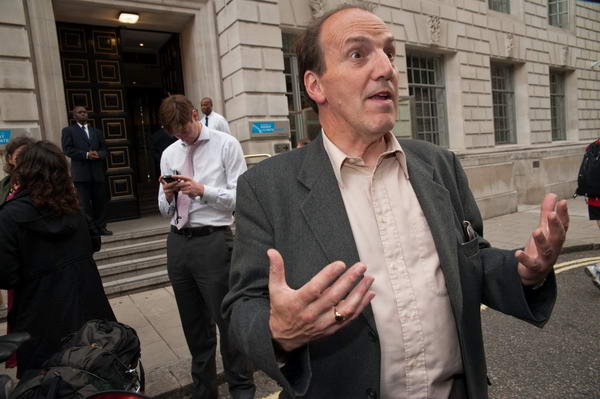 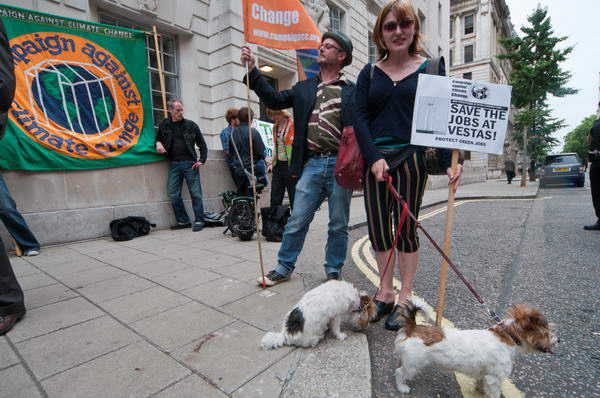 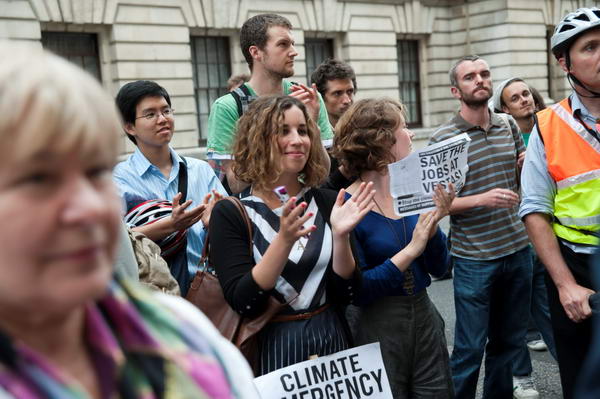 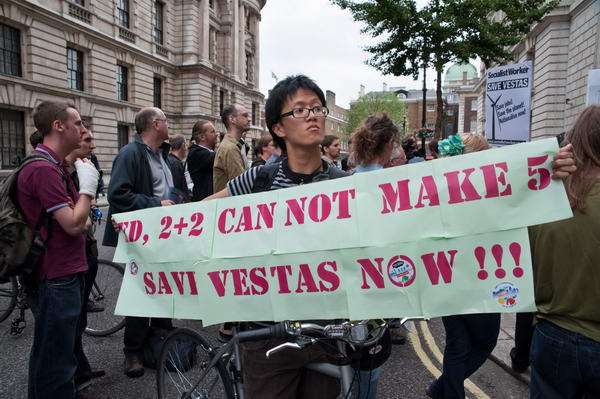 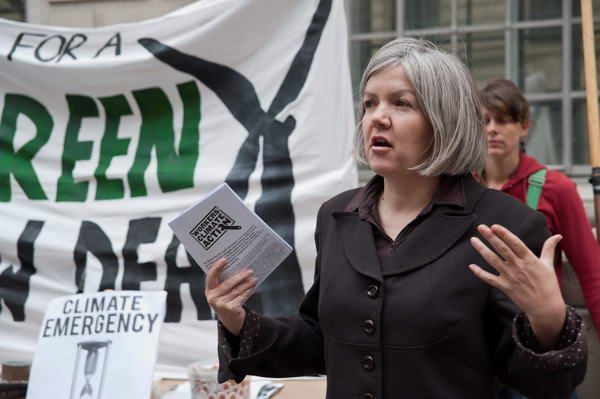 so the answer doesn't lie in Westminster

My comment on a GOOD DEMONSTRATION.
It's an interesting time for British Industry to say the least. Could the answer be engineered from the amazingly rich investment banks? I imagine a slight modification, adding wheels to the ends, could allow wind-mill blades to whizz along railway lines from a new factory in Preston Park via London to the planned Lindhurst wind farm for example...

Vestas are a slick media outfit. Vestas knew about the new DECC in Whitehall and probably feel that sort of bailout doesn't do their polished image any good.
BBC link