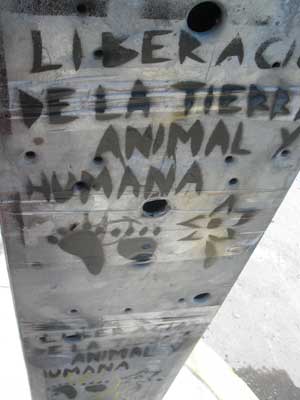 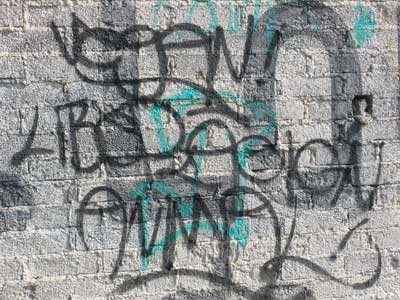 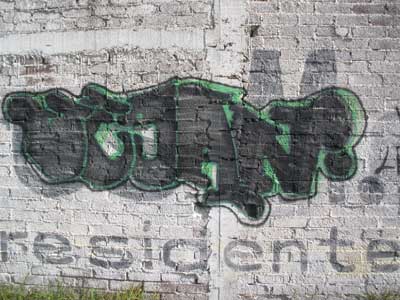 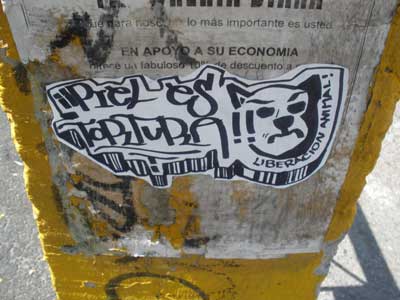 "Incendiary attack on a truck used for animal exploitation, by the FLA in Guadalajara, Mexico

In the early morning of July 23 our cell decided to return to attack exploiters of innocent animals, entering their slaughterhouse, we sprayed gasoline on the tires of a truck, creating chaos and fear to those people who make their living from the suffering of others. The fire spread throughout the complex, leaving machines of enslavement and torture unusable. This is the 4th attack targeting trucks at this SLAUGHTERHOUSE in our town. When we returned to the place we noticed their confusion as they could not understand how people could have done this without being seen. We will continue our war against those people, all our rage will be converted into action to abolish all this garbage that exists in the world.

A WARM GREETING TO OUR COMRADES IN LEON AND IN MEXICO CITY, OUR FIGHT WILL CONTINUE!"

"Happy 'green' meat is still murder. A razor blade through a few packages at trader joe's might get that point across more. So that's what we did Saturday July 25th to a local SoCal Trader Joe's. Just because you are vegan friendly doesn't mean you can still get away with killing animals."

"As two anglers in Somerset tried to pull bodies out of a river their vehicle was redecorated with ALF, scum and killer."

"One fine day (July 17) the owner of a pet store in Mexico State went happily to his business of animal imprisonment, intent on carrying out his speciesist work of dominating other species. As he was preparing to open the padlocks on his store, he realized that pieces of metal were glued inside the key holes and that it would be impossible to open it. An expression of anger, frustration and desperation was written on his face; while trying to open the lock he was completely enraged; 'vandals' had already done the same thing several times before. He tried to put a barrier around the padlocks so that this would not keep happening, but nothing worked. This story was happening at the same time in a half dozen businesses of animal exploitation, acts claimed by the ALF of Mexico.

We are aware that these acts are just a nuisance to the exploiters, but by using sabotage that is consistent and direct, we have managed to close businesses of animal extinction in Mexico (like the poultry exploitation shop last year and the cockfighting business this year). In the same way we know that all actions are important from these (sealing locks) to arson that causes thousands of pesos in losses, and animal liberation; what matters is to break the established order of this society that is based in egocentrism and ambition.

Apart from this, we send an incendiary greeting in this communique to activists from Guadalajara, Mexico City and the new cells in Guanajuato. The sabotage will spread throughout Mexico, the animal and earth liberation movements expand more and more all the time, and as an indigenous person once said, 'We're going slow, we're going deliberately, because we are going far!'

"This past Wednesday, July 15, protected by the night, the R.V.N. visited an establishment where animal pain and suffering is distributed, located in the south of the city in the Tlalpan borough. This time the target was a dairy shop and warehouse. The darkness of the night was lit by the flame of subversion; with the use of 2 incendiary devices and a little extra gasoline the site was burned; one device was placed in the main door and the other in the window, leaving the electricity and the fabric sign for the place damaged and as if this action was not enough the walls were also painted using paint bombs and spraypaint.
With this action we have shown that we are activists who have grown more and more tired of speciesist attitudes and are taking action with our own hands.
This is only the beginning of a war which will never end as long as there is one being who is exploited, human or not, as well as our earth.

That the virus of subversion spreads to more and more places.