11 events were held across Scotland to mark Hiroshima day. Here are photos of the Edinburgh event. 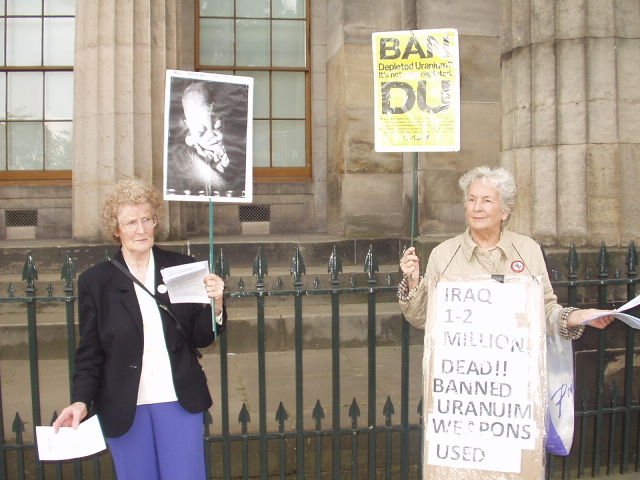 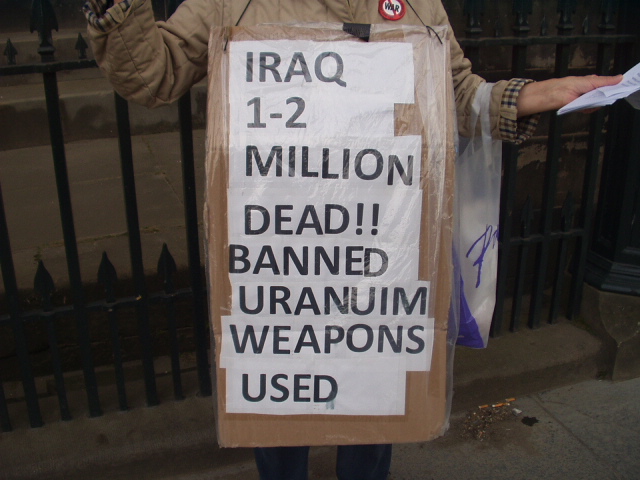 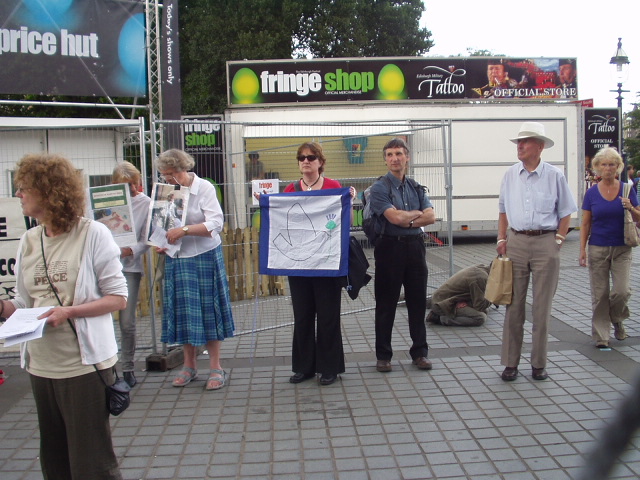 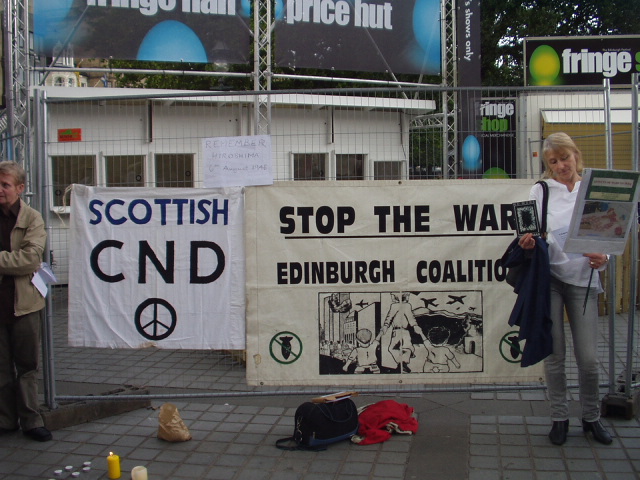 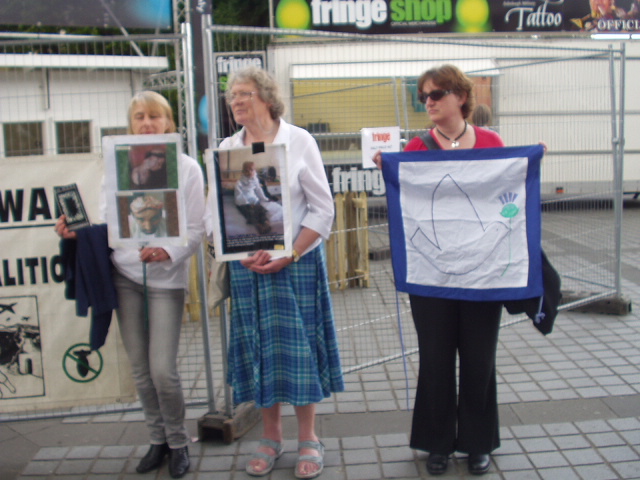 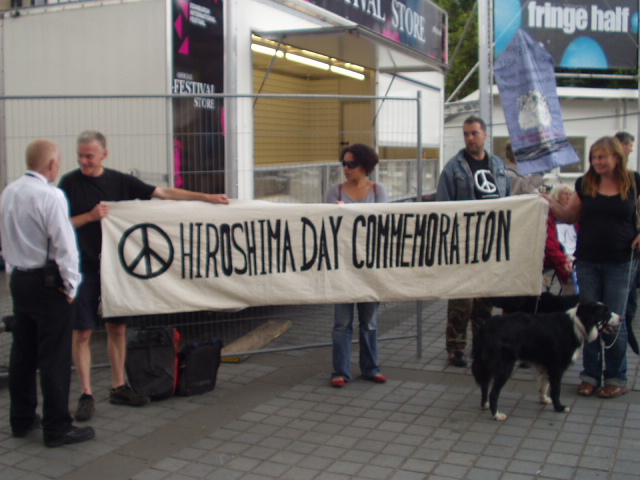 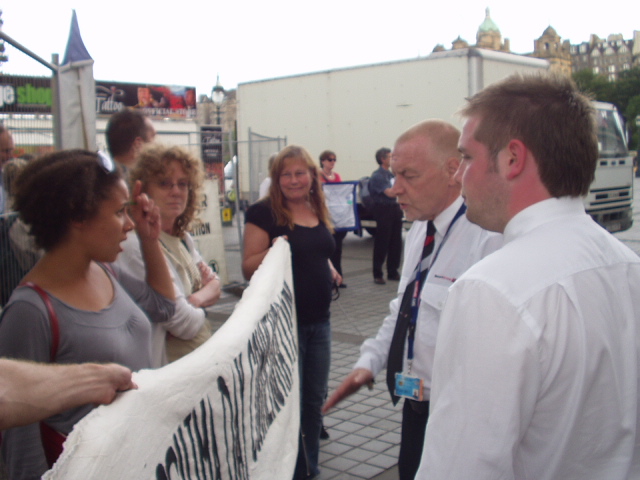 The sixth of August 1945 was the day that the first atomic bomb was used on the Japanese city of Hiroshima. Just three days later on August 9th the city of Nagasaki was bombed.

There were a total of 11 events in Scotland to mark the 64th anniversary of the use of this terrible weapon. In Edinburgh there was a gathering at the foot of the Mound when the several dozen assembled held placards and read anti-war poems and there were anti-war songs from Penny.

7 photos of the event are attached.

Dear Sarah
You e-mailed me to ask permission to use the photos. Unfortunately I accidentally erased your message and don’t know your e-mail address. Of course you can use any or all of the photos,
Regards, Paul.