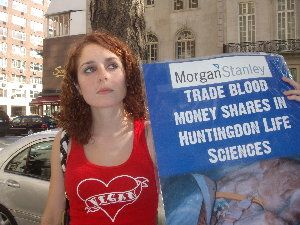 On the afternoon of August 1st, activists visited the homes of 5 senior executives of Morgan Stanley including the two co-presidents of the firm.

On Friday, August 7th and Monday, August 10th, several hundred thousands of LSR shares were dumped, resulting in a downward slide of the share price. On Wednesday, August 12th. Morgan Stanley notified the SEC of their divestiture.

Thank you for making the right choice Morgan Stanley!