Disappearances in Turkey (by Latuff) 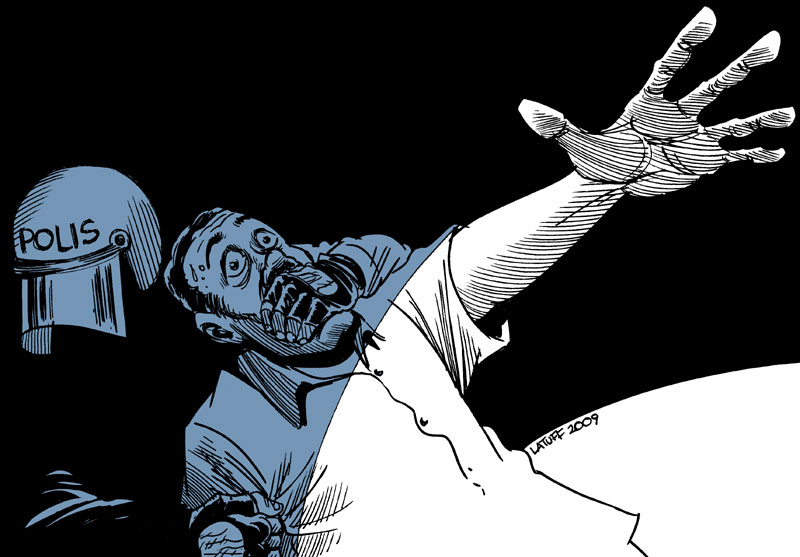 For three years from 1995 to 1998 relatives of people who "disappeared" in police custody in Turkey held a weekly vigil in central Istanbul, demanding that the authorities account for the fate of their loved ones.

They were known as the Saturday Mothers, since they gathered every Saturday at midday holding pictures of their "disappeared" sons, daughters, husbands, wives, fathers, brothers. Each time they met, a press announcement was read out detailing the case of one of the "disappeared", but otherwise the vigil was intended to be held in silence.

During the time that the vigils were held, the relatives encountered police harassment, ill-treatment, detention and prosecution.

Their plight attracted considerable attention in Turkey and internationally. Their courageous and determined stand helped turn back the wave of "disappearances" which reached a peak in 1994.

From May 1998, however, the Saturday Mothers faced heavy-handed police repression and were unable to continue their vigil.