Last Saturday (15/8/200) from midday about fifty people not only picketed but turned into an art installation the area in front of the proposed Tescos store on Mill Road, Cambridge. 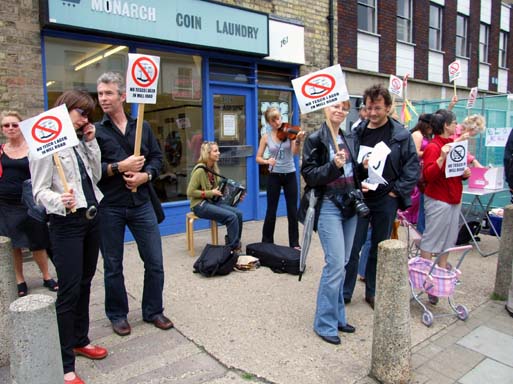 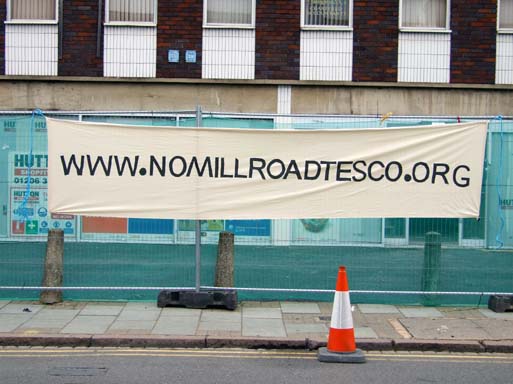 In case you need reminding... 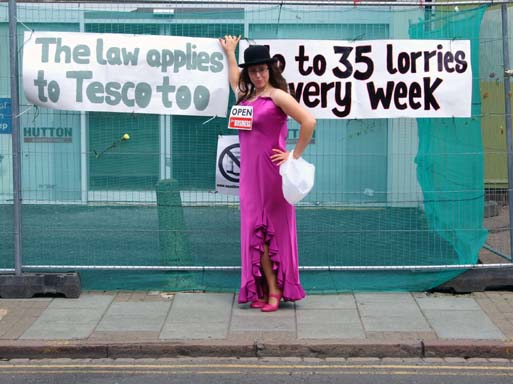 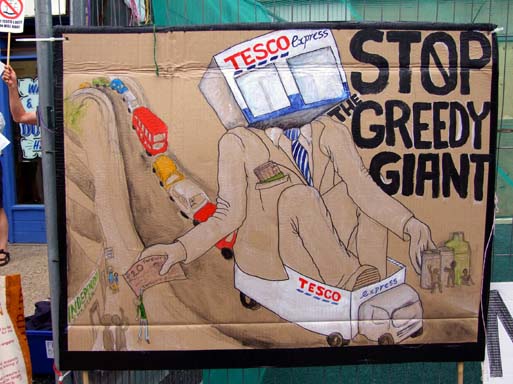 Got that bit right. 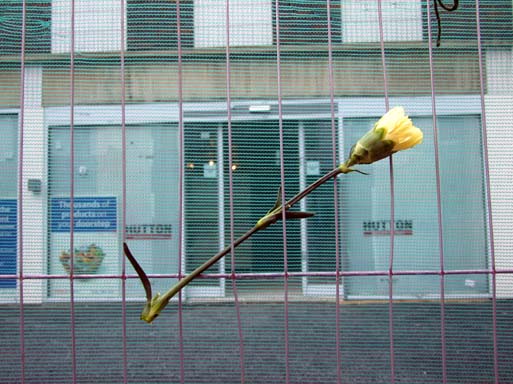 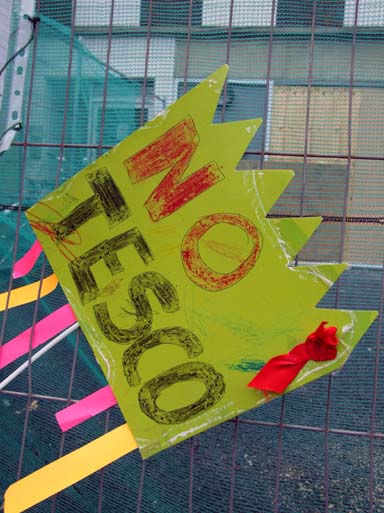 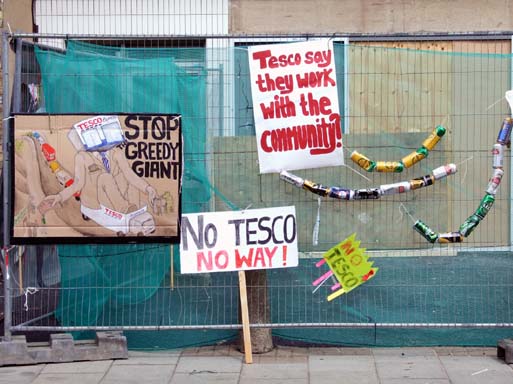 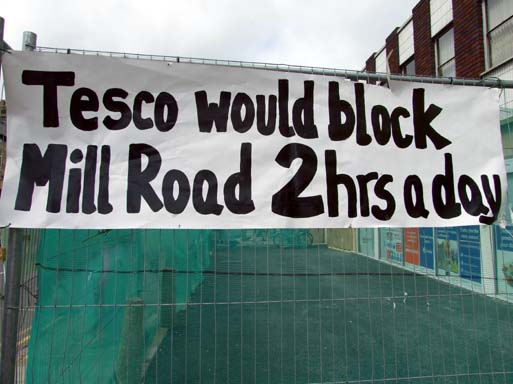 As if Mill Road's not congested enough already. 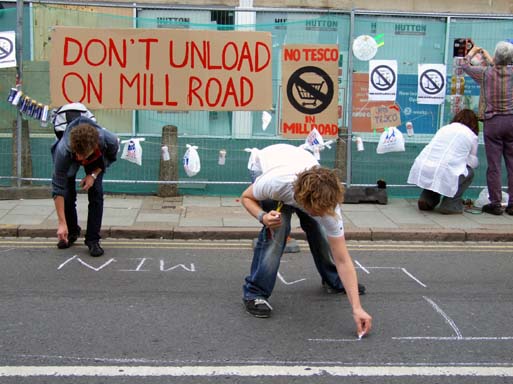 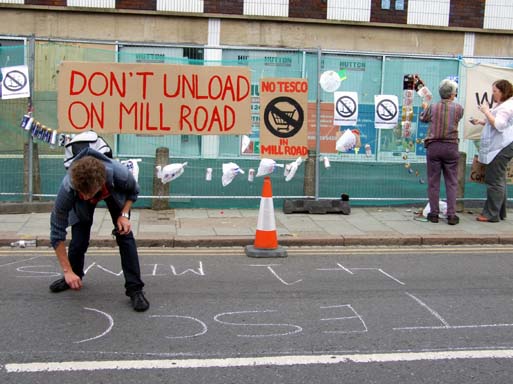 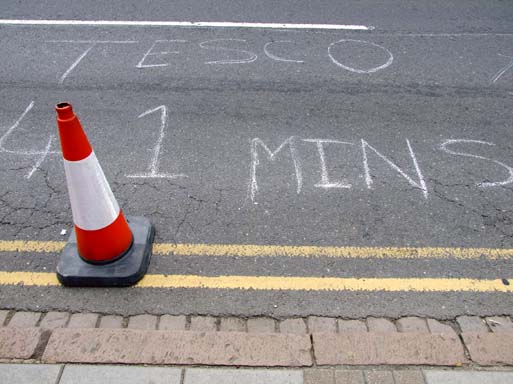 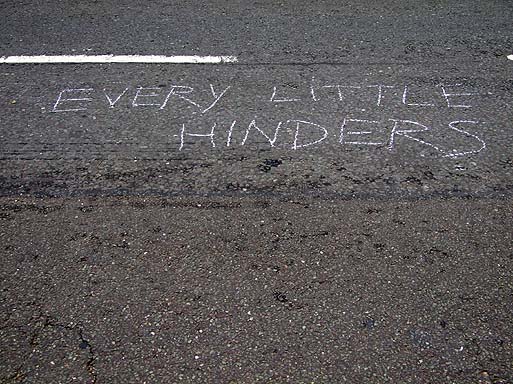 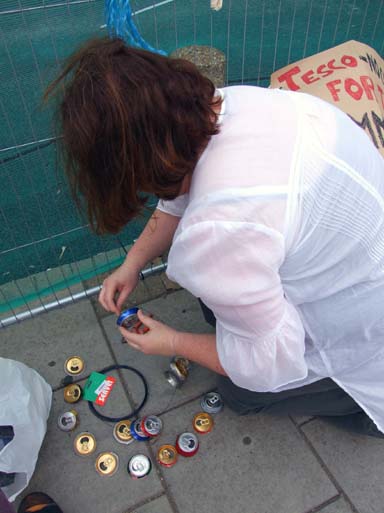 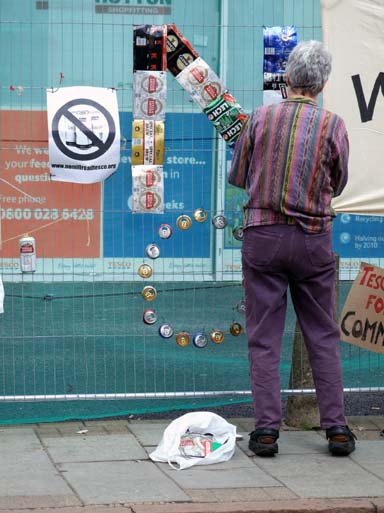 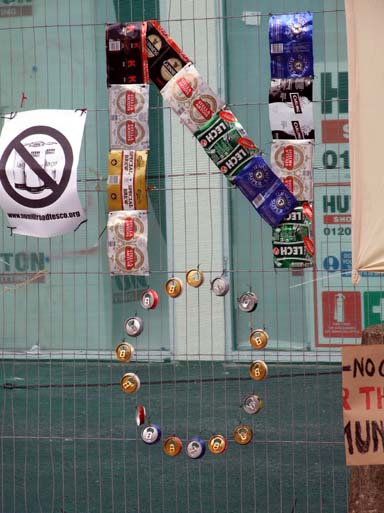 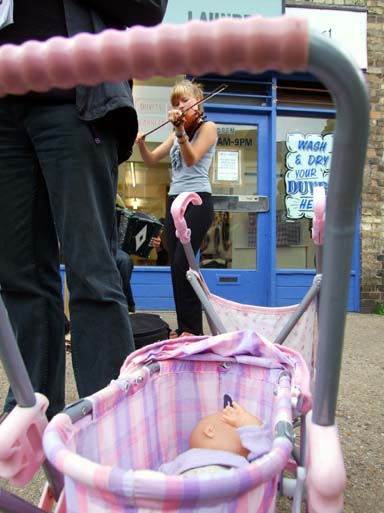 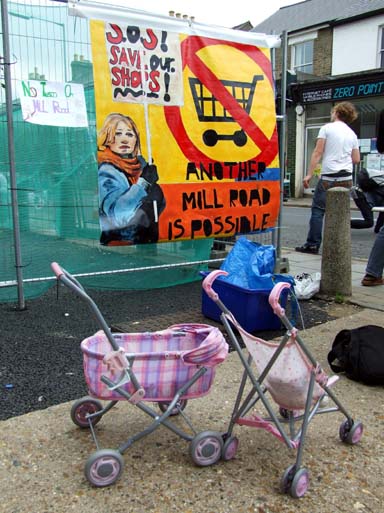 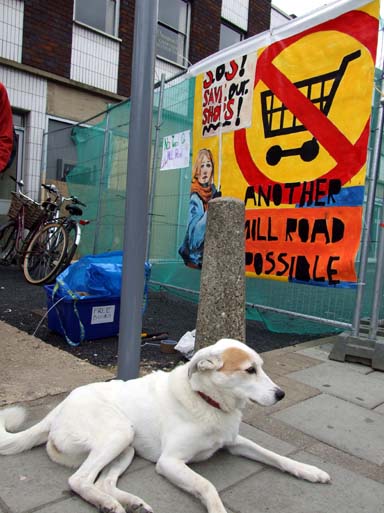 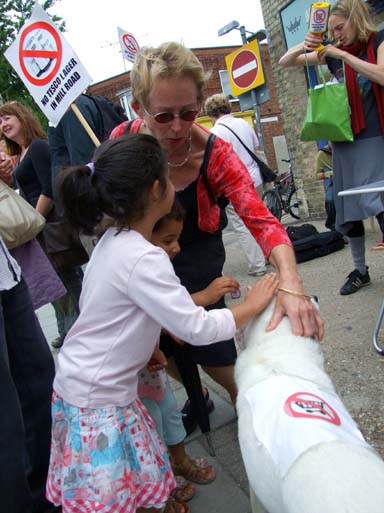 ...Attracts attention of passers by! 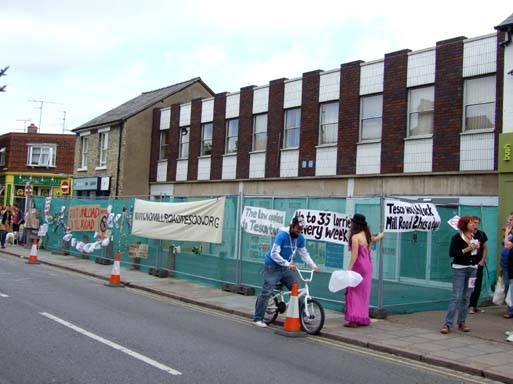 How the whole installation looked.

At times it seemed more like an art happening than a protest, with many people attaching artworks and banners to the fence, as well as symbolically placing various installations of Beer cans onto it, the most artful of these spelling out the word "NO". The Beer cans were in response to Tescos' alcohol license application, which has been refused as of today (see here:

On Saturday as well as a small but significant group of protestors, there were also some musicians providing all present with some upbeat Folk sounds. There seemed to be an unofficially designated protest dog present too, who very calmly sat through the whole event with a crossed out trolley sticker upon their back, allowing children and adults to pet them while they looked on at all the Humans in bemusement.

It was fun to see some very creative activism going on, which transformed a rather oppressive looking building contractor's steel mesh fence into a community artwork with a very clear overall message:

No Tescos On Mill Road!

I have also been told told that as if by magick, some pink paint has 'spontaneously' appeared today (Monday 17/08/2009) all over the front of the building. If anyone has pictures of this other 'artwork', please post them here as a comment to this article.