Brian has been standing vigil and camping and campaigning for peace opposite the Houses of Parliament in Parliament Square, Westminster, London for 3000 days, since June 2, 2001. 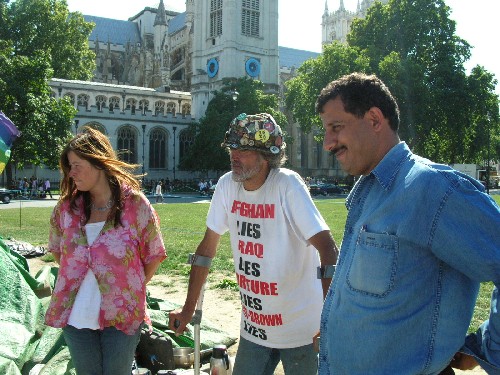 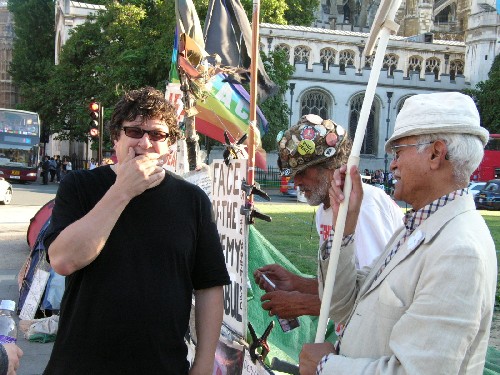 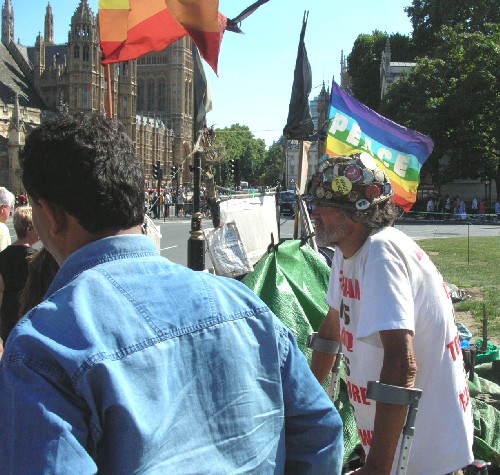 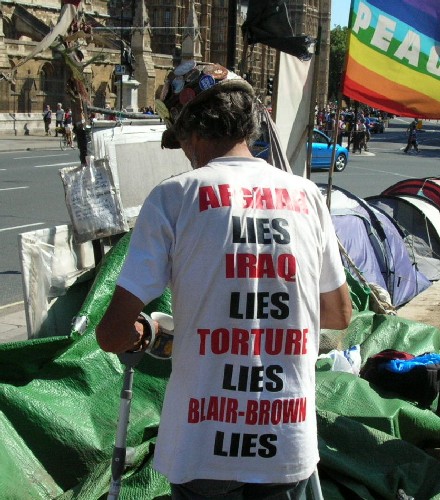 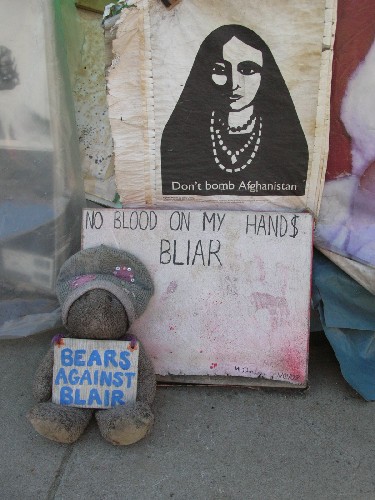 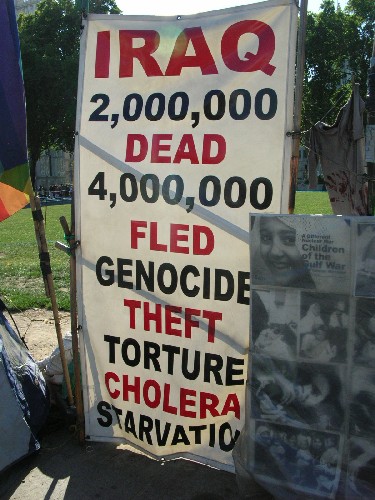 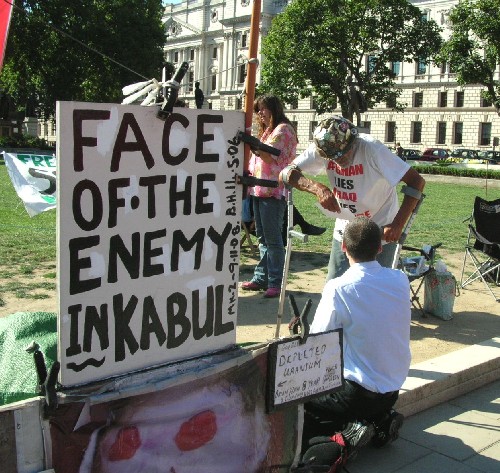 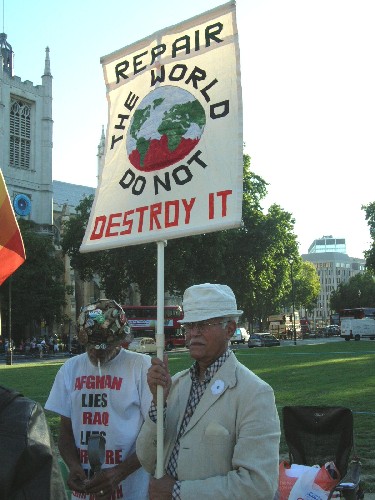 Brian initially came to the square to protest against the injustice and suffering caused to the people of Iraq by the UN economic sanctions and the bombing of the country by the US and UK, but has stayed ever since to show his strong opposition to the wars in Afghanistan and Iraq.

Brian and his fellow peace campaigners in Parliament Square have been subjected to regular state-sponsored harassment, brutality and theft by the Metropolitan police / GLA security over the years, but to date they have withstood every attempt to evict them, vigorously defending the right to freedom of speech on the streets and in the courts. Today (19 August) marked the 3000th day of Brian's vigil for peace.

David Cameron has pledged to get rid of Brian and the Peace Camp if he becomes Prime Minister.

Brian and his fellow campaigners are always in need of more supporters.