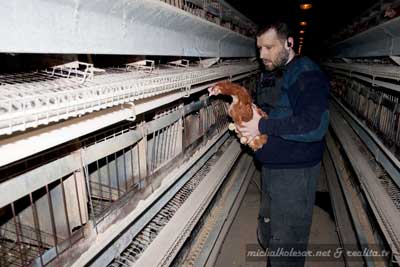 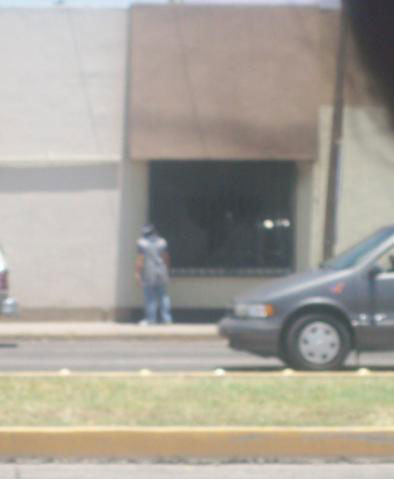 report;
click here for additional photos from the rescue:

"Open rescue XVI. (August 2009)
17 hens rescued from meaningless suffering and meaningless death. They were moved to a new, safe home, where they will live in grass and sun, will be able to stretch their wings and run and the weaker will be able to escape the stronger."

According to media reports, on August 9th as many as 10,000 mink were released from cages at two fur farms near the city of Kozani in northern Greece. Despite the mobilization of local fur farmers, 3,000 mink have not been recaptured. Animal rights activists are suspected of involvement.

"Our cell returned to attack once again a fur/leather business in this city. It all happened during the early morning hours of August 14, around 3am. The attack consisted of breaking the windows of the business and throwing Molotov cocktails; there were 3 of the bombs, 2 were thrown at the window that was broken and one at the entrance of the place, burning the shutters that covered the window, and some things that were close to it. Everything turned out perfectly.

We want to take the opportunity here to send a big greeting to our unstoppable comrades acting for total liberation.
They will never stop us!!

The Swiss newspaper 20 Minuten has reported that butyric acid was used to vandalize a Novartis office in Bern during the night of August 14.

"Walking in a forest in the Soria province we encountered an abandoned estate; various things were painted on its walls in order to bring to light the numerous hunters who travel and kill in this area: 'murdering hunters', 'hunting is killing' and 'hunting is a crime', signed fla.
F.L.A."

"On two separate occasions a Butchers in Somerset received glued locks.
They thought replacing the locks would solve the problem.

"Sabotage at a pet store by the FLA in Guadalajara, Mexico.

In the early morning hours of July 17th, our cell, full of rage toward society, enslaver of animals and the earth, and armed with hammers and spray paint, decided to attack a shop in which they imprison and profit from enslaved beings and sell them to irresponsible people who are not even capable of taking charge of their own lives, so that these animals end up dead or in situations in which they cannot act according to their nature. This time we broke all the windows in one of these stores, leaving multiple painted messages, including one that said: 'ANIMALS ARE NOT FOR OUR USE OR PROFIT F.L.A."
We are a threat to the institutions that want to cover up the exploitation of animals, this is a war that will not stop but will continue to grow."