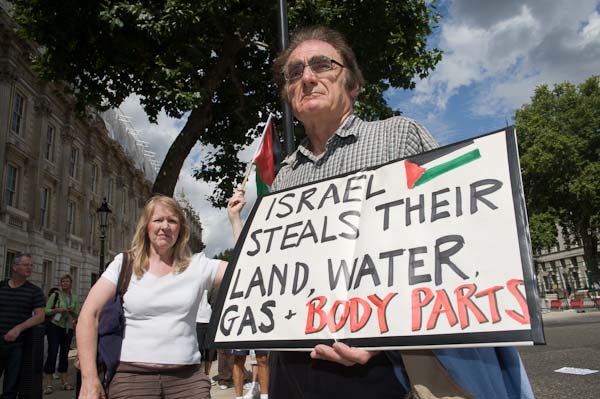 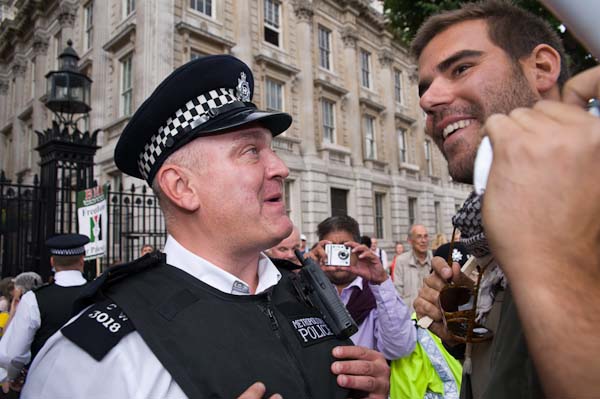 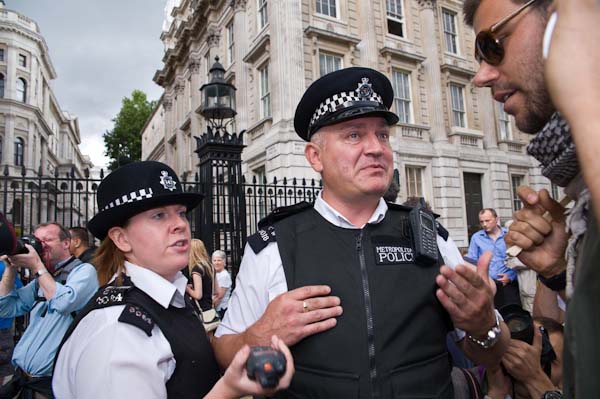 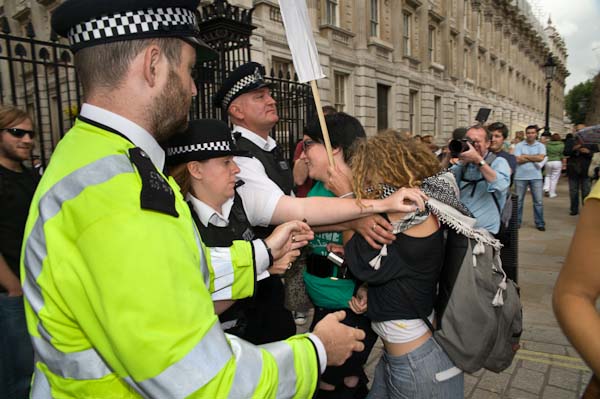 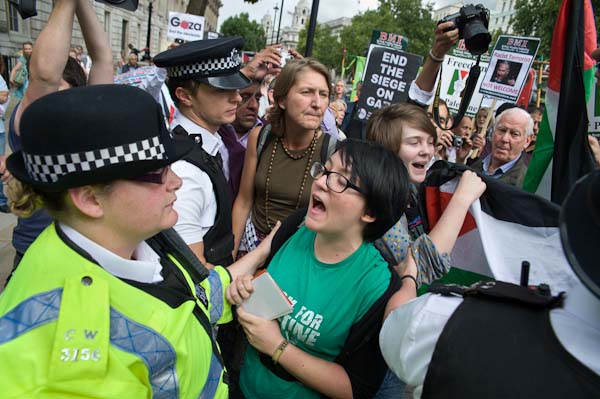 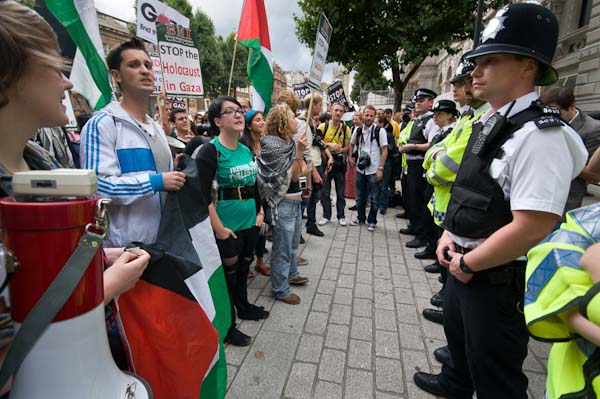 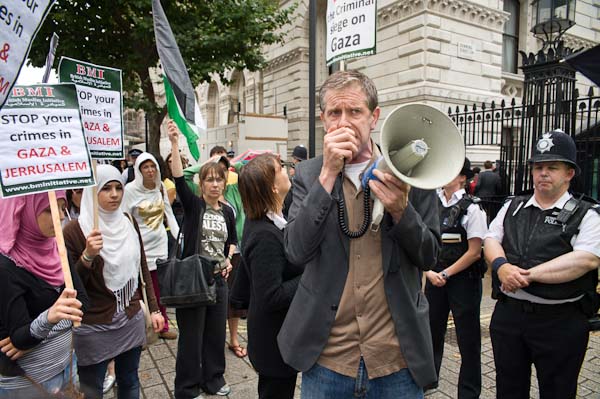 Chris Nineham of 'Stop the War' 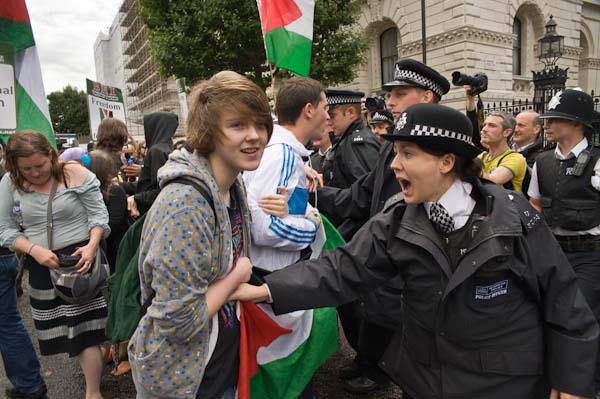 Police push demonstrators back across the road

Demonstrators at Downing St today chanted 'Netanyahu, War Criminal!' and other slogans, demanding that Israel dismantle settlements on Palestinian land, end the siege in Gaza and stop their ethnic cleansing in East Jerusalem.

Protesters had applied for permission to protest and were allowed to do so on the distant side of the Whitehall, subject to the restrictions on freedom of SOCPA (The Serious Organised Crimes and Police Act) which, for example ban the use of megaphones and other amplification.

As the demonstration started around 1.30pm a few demonstrators started to drift across the road to wave placards and flags on the pavement in front of the tall and well-protected gates of Downing St, where any protest is illegal. As I began to photograph them they were joined by more people with a megaphone, and for some minutes police simply watched as he and others waved flags, chanted slogans and addressed the slowly growing crowd of protesters who had by now gathered on the pavement by the gates, as well as passing tourists.

After 20 minutes, police made their first move and came out to talk to the protesters, informing them that their protest was illegal under SOCPA and politely asking them to move across to the other side of the very wide road to continue their protest. After a few minutes police abandoned this polite approach and started pushing people to force them to move, at which point another hundred or demonstrators streamed across Whitehall from the legal demonstration on the other side to join them.

Although the police had managed to clear a small area of pavement in front of the Downing St gates, this was at the expense of blocking much of one side of the road with a larger crowd of demonstrators, and soon traffic had to be stopped. The noisy demonstration continued, with a smaller group including ant-zionist rabbis still protesting on the 'legal' side of the road. There were occasional bouts of shoving as some protesters walked around or through the rather thin police line, but in general it was a good natured demonstration and one elderly and confused woman waving an Israeli flag was treated kindly by protesters - and she had been there around an hour before a police officer insisted it might be a good idea to for her to put the flag away in her handbag.

After police reinforcements arrived, Chris Nineham of 'Stop the War', the organisers of the event, spoke to the crowd outside Downing St and ended by suggesting they move back across the road. Few did, but by then there were enough police to successfully push them across, and the event continued with people on the pavement distant from Downing St.

Three people were arrested at this point; a police officer confirmed that they had been warned earlier in the event that they were demonstrating illegally under SOCPA but had continued, and that their arrest had been delayed until more police were available.

The SOCPA restrictions on demonstrations were ill-thought out and have always angered anyone with a concern for freedom and justice. They were introduced to try to get rid of the inconvenience and embarrassment of a one man peace protest by Brian Haw just down the road in Parliament Square. As I walked home I waved in his direction, still camped there after 3006 days.

http://www.demotix.com/news/downing-st-protest-chants-netanyahu-war-criminal
and still more shortly on My London Diary: