An update summarising what has happened in the last few days regarding Greek hunger striker Thodoris Iliopoulos. 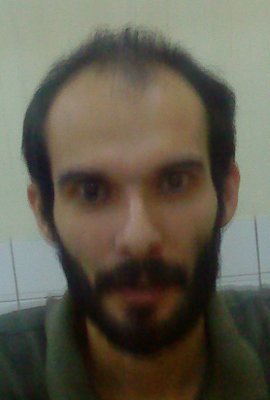 48 days in hunger strike and counting...

An update summarising what has happened in the last few days regarding Greek hunger striker THODORIS ILIOPOULOS:

As you may already know, he is a defender of freedom and an admirer of Enrico Malatesta who was arrested at random by riot police in December 2008, detained in Korydalos Prison in Athens since then with fabricated molotov-throwing charges, a view supported only by two cops, even though other witnesses say that he is innocent because he was simply taking a walk with friends. On 10 July 2009 he went on hunger strike demanding his freedom, as he rejects all charges against him. "Justice" refused to release him, however, labeling him an enemy of "democracy".

On 20 August, still on hunger strike, he submitted an application requesting his release, while he previously had demanded to be hospitalised in a real hospital rather than in the under-funded and under-equipped prison's medical room. At some point Thodoris Iliopoulos' blood production ceased, due to his continuing hunger strike. The cops took him to Attiko Hospital, in handcuffs and under the hot Greek sun, for medical exams, and put him back into prison a few hours later.

Doctors who saw him strongly recommended his immediate hospitalisation, hinting at inadequate care at Korydalos Prison. Later, unidentified rumours were spread suggesting that he was about to be moved to Thriasio Hospital in Elefsina, a few kilometres out of Athens, and comrades went there waiting for him. It was later realised that this was disinformation, maybe on purpose, as at the same time he was being transferred (again in handcuffs under unbearable Greek summer temperatures) to Sotiria Hospital in Athens. Because of these rumours, he was taken to a room guarded by cops without "interference" by comrades, and it's this fact that made some people in Greece suspect strongly what the source of the rumours was.

In the meantime many more organisations and political parties have protested against his ill-treatment. As his story is being picked up by leftist politicians and progressive newspapers, we shouldn't forget that it was the anarchist movement that first offered solidarity. However, what matters now is to get him out of prison, not argue about the usual issues that divide anarchists and authoritarian communists or progressives. A massive music concert was organised on 24 August in Athens as a symbolic gesture demanding his release, while solidarity protests and other actions happened other countries, including the UK, San Francisco, Lithuania, Serbia, Germany, etc.

He isn't the only hunger striker in Greek prisons, however: there are many immigrants who demand a humane treatment and go on short or long hunger strikes to protest the denial of their human rights. There is also Nikos Tsouvalakis (in hunger strike since 10 July in solidarity with Thodoris Iliopoulos), who was also arrested in December with allegations by cops that he was about to steal two laptops from Plaisio, the largest Greek computer retail chain and white-label "manufacturer" now spreading as a multinational corporation all over Balkans, and whose multiple high-rise buildings now lie in ruins as they were destroyed to the ground by massive fires during the December's Rebellion (and the upper middle class complains they have nowhere to buy tech stuff now). Other prisoners who have refused food in solidarity with Thodoris Iliopoulos include four prisoners charged with participation in the Marxist-influenced Revolutionary Organisation 17 November (RO 17N) as well as Nikos Kountardas (who is detained in the same prison buildings as the 17N prisoners), an individualist anarchist who has also been a detainee and hunger striker again before and had the support of a significant section of the Greek anarchist scene, and with its support he finally forced the state to release him, but immediately after his release he went to the police headquarters saying that he was the one who killed a policeman a few years ago and took his gun, while he wrote a letter to the anarchists who offered him their solidarity explaining that he put a lot of thought into his decision, that even though he earned his release he was nevertheless the the victim of state's victory albeit he managed to remain at large for five years, that he knows that some people may not understand his political move (explaining he would carry on his struggle from prison from now on), and referring to the death of a comrade of his while denouncing his family's lifestyle.

In the meantime, suspicious wildfires destroyed the last forests around Athens exactly where a waste facility is about to be built, in perfect timing to draw the lower middle class' attention away from news about hunger strikers, the worsening economic climate, and the new taxes that are about to take effect soon. "Strangely" the fire managed to burn all trees but without affecting the rich villas in Athens northern suburbs, even the ones built inside the forest, while other low-class buildings were burned to the ground. Companies with dubious legal representation but with suspected political links have already started advertising on the Internet "new luxurious villas" on the burned land.

The class war and the war against all authority continues...